Do you want to know more about Medicinal Cannabis and Alzheimer’s?

Please fill in your details below and we’ll send you information about Alzheimer’s and Medicinal Cannabis.

Ask for more information on medical cannabis and Alzheimer’s

What is Alzheimer’s disease?

Alzheimer’s is a neurodegenerative disease whose production mechanism is still discussed and controversial. A theory that has been widely accepted to define the disease is the deposition of the β-amyloid protein (Aβ) in various regions of the brain. The accumulation of this protein produces inflammation in small areas, which eventually leads to neuronal cell death and consequently causes the alteration of the flow of neurotransmitters and the loss of efficient synapses [1]. These pathological processes are believed to result in symptoms such as memory deficit and cognitive and motor impairment[1].

It can appear earlier (before the age of 60), although this condition is less frequent than the other.

Effects of cannabinoids on Alzheimer’s

Several studies show the usefulness of the neuroprotective effects that cannabinoids can offer in Alzheimer’s disease. The protection of the neurons, against the deposit of the amyloid material, reduces the progression of the cellular degeneration which helps to preserve cognitive and motor capacities, thus improving the quality of life of the patient.

Pre-clinical studies suggest that the endocannabinoid system protects against extoxicity (excess release of neurotransmitters), oxidative stress and inflammation, which are key processes in the development of Alzheimer’s disease[2]. It has also been shown that endocannabinoids decrease the permeability of the neuronal membrane, which hinders the entry of the β-amyloid protein and avoids the death of neurons [2]. Cannabidiol (CBD), due to its anti-inflammatory properties, can attenuate the neuroinflammatory responses produced by the protein cluster [3].

Research into treatments for Alzheimer’s with Medicinal Cannabis

Recent studies on the therapeutic strategies of this disease have focused on the neuro-protective properties of cannabinoids, which could delay the neurodegeneration in progress caused by the disease. The anti-inflammatory and antioxidant capacities of cannabis derivatives, such as CBD oil, contain useful properties in the treatment of Alzheimer’s (and other neurodegenerative diseases) that may delay symptoms typical of illnesses like dementia.

Several studies have attributed to cannabidiol a neuronal protective effect by reducing over-excitation of neurons, helping to preserve cognitive abilities and reducing the progression of damage to the nervous system. All these properties make CBD a good neuroprotective agent, without the toxicity rates or danger of overdose associated with the prolonged use of conventional drugs.

Bibliography on Alzheimer’s and the use of Medicinal Cannabis 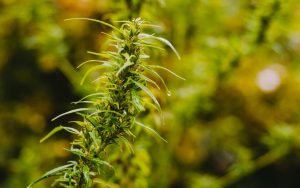 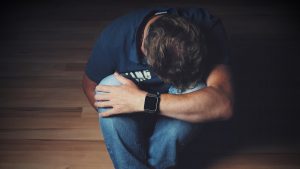 An anonymous survey from New Zealand among people suffering from inflammatory bowel disease and using cannabis found: 32 percent of… 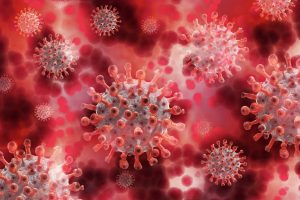 Scientists around the world are working hard to develop vaccines and therapies against SARS-CoV 2. A team of researchers from… 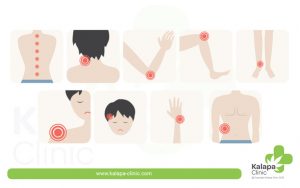 About a quarter of people in Germany suffer from chronic pain. Non-drug and drug pain therapy may not be sufficient…

View All Posts
Do you want to know more about the use of cannabis
and Alzheimer’s?

Please fill in your details below and we’ll send you information about Alzheimer’s and Medicinal Cannabis.