Do you want to know more about the use of cannabis in cases of refractory epilepsy?

Please fill in your details below and we’ll send you information about Refractory Epilepsy and Medicinal Cannabis.

Ask for more information on medical cannabis and epilepsy

Different trials have shown the anti-convulsive effects of cannabinoids for people with refractory epilepsy, which have considerably reduced seizure patterns and have improved overall alertness and motor function.

The anticonvulsant effect being demonstrated by different international trials indicates that in a percentage of people with refractory epilepsy events are significantly reduced, allowing them to have improvements in alertness and motor function.

Cannabinoids are useful and safe for treating refractory epilepsy and lack the toxicity of conventional antiepileptic drugs. One of the world’s best known cases is that of little Charlotte Figi from the United States, a famous case where the effectiveness of medical cannabis use was observed even for refractory or difficult-to-treat epilepsies.

Because of cases like this, the various entities and associations have called for an end to the restrictions that limit clinical trials and studies on medicinal cannabis in the treatment of this disease.

According to data from the World Health Organisation (WHO) epilepsy affects about 50 million people worldwide. In fact, it is one of the most common chronic neurological disorders.

This disease is characterized by recurrent seizures, ie short episodes of involuntary movements affecting a particular part of the body, or its entirety. Occasionally, during the episode of seizures, whether partial or generalized, people with epilepsy may also lose consciousness and control of the sphincters.

Refractory epilepsy is when epileptic seizures are so frequent that they prevent the person from leading a normal life. In many cases, it is because the prescribed anti-epileptic drugs (AEDs) are not having the desired results to diminish or to stop these problems. Refractory epilepsy continues to be an increasing clinical problem and accounts for 35% of patients experiencing seizures, and mainly affects children and adolescents.

The therapeutic potential of CBD (cannabidiol), an active component of the cannabis plant, has gained momentum in recent years due to evidence from studies concluding its usefulness in controlling seizures in various epileptic syndromes

Several studies have attributed to cannabidiol a neuronal protective effect by reducing over-excitation of neurons, helping to preserve cognitive abilities and reducing the progression of damage to the nervous system from repeated seizures. All these properties make CBD a good neuroprotective agent, without the toxicity rates or danger of overdose that come with the prolonged use of conventional antiepileptic drugs.

The use of cannabis for the treatment of refractory epilepsy

Research has shown the benefits of cannabinoids in epilepsy treatments for patients. In the case of refractory epilepsy, a study was conducted in 2015 about the use of oral cannabis extracts for pediatric patients with epilepsy, the study concluded that some of the families had reported that improvements had occurred.

In the United States, the results of a study partaken by 213 people with epilepsy who did not respond to antiepileptic treatments were presented in April 2015. They all received a cannabinoid based product (99% compounded by cannabidiol) to see what type of results were obtained with this new type of treatment.

They found that among the 137 patients who followed the treatment for 12 weeks, seizures were reduced by an average of 54% [2].

At Kalapa Clinic we are currently conducting a study on refractory epilepsy and cannabinoids. If you are interested in obtaining more information or being part of our study, you can contact us.

Bibliography on Epilepsy and the Use of Medicinal Cannabis 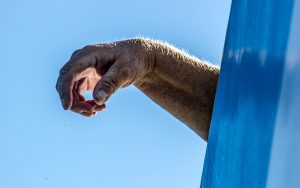 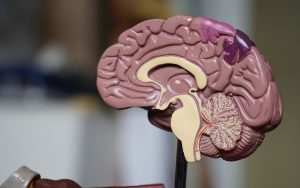 The disease hypoxic-ischemic encephalopathy (HIE) is a damage to the brain due to a lack of oxygen and blood flow.… 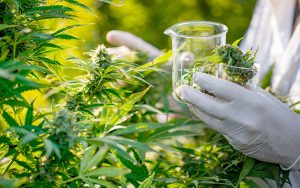 If the hepatitis C virus (HCV) attacks liver cells, acute and chronic inflammation of the liver can develop. Normally the…

View All Posts
Do you want to know more about cannabis use and epilepsy?

Please fill in your details below and we’ll send you information about Refractory Epilepsy and Medicinal Cannabis.