Do you want to know more about fibromyalgia and cannabis?

Please fill in your details below and we’ll send you information about Fibromyalgia and Medicinal Cannabis.

Ask for more information on fibromyalgia

The analgesic effect of cannabinoids is one of its best-characterized effects. The results of the studies suggest that cannabinoids could offer some benefit as a treatment against the pain that people with fibromyalgia suffer.

What is known about Fibromyalgia

Fibromyalgia is a disease of unknown etiology and is associated with generalized chronic pain, fatigue, allodynia and excessive sensitivity to pain in multiple body areas and defined points.

Other common symptoms among people who suffer from fibromyalgia are difficulty sleeping, morning stiffness, headaches, painful menstrual periods in the case of women, tingling or numbness in hands and/or feet, lack of memory or difficulty concentrating.

It is believed that the disease is due to an abnormal function of the central nervous system (where the amplification of the pain signals originates)  which causes stimuli, that in normal conditions would not cause pain, to be perceived as highly painful (allodynia).

As fibromyalgia is difficult to control with analgesics, many patients seek to alleviate their pain with alternative therapies such as cannabinoids. Although there is still a lack of clinical studies on the effect of medicinal cannabis and this disease, it has been shown that the consumption of cannabis derivatives has beneficial effects on some symptoms of fibromyalgia, such as pain relief and stiffness, thus improving the quality of life of the patients. (Fiz y cols.,2011) [1].

Studies on the use of medical cannabis in fibromyalgia

A 2008 study (randomized, double-blind and placebo-controlled) showed a significant improvement of pain, and many parameters associated with fibromyalgia, after the administration of nabilone (a synthetic cannabinoid) over two weeks [2].

In another study, in 2011, it was possible to observe, in addition to an improvement of pain and stiffness, an increase in the general welfare of the patient after the administration of both vaporized and oral cannabis [3].

Due to the therapeutic potential of cannabinoids in the treatment of fibromyalgia and the low supply of existing effective treatments, numerous studies are being carried out to better understand both the disease and its possible treatments.

That is why we are conducting a study with patients with fibromyalgia to be able to determine, at a scientific level, the therapeutic potential that cannabis has for this type of illness.

Infographics on the pain points of Fibromyalgia

Bibliography on fibromyalgia and the use of Cannabinoids 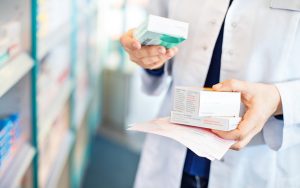 Many diseases such as depression, pain or epilepsy are treated with established prescription drugs. However the complaints are often insufficiently… 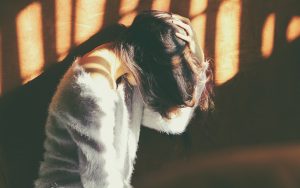 Ehlers-Danlos syndrome (EDS) is a group of congenital, hereditary diseases based on a disorder of the synthesis of connective tissue.… 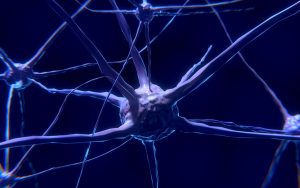 The neurodegenerative disease Chorea Huntington is relatively rare, with five to ten cases per 100,000 people in Europe. Although medical…

Please fill in your details below and we’ll send you information about Fibromyalgia and Medicinal Cannabis.