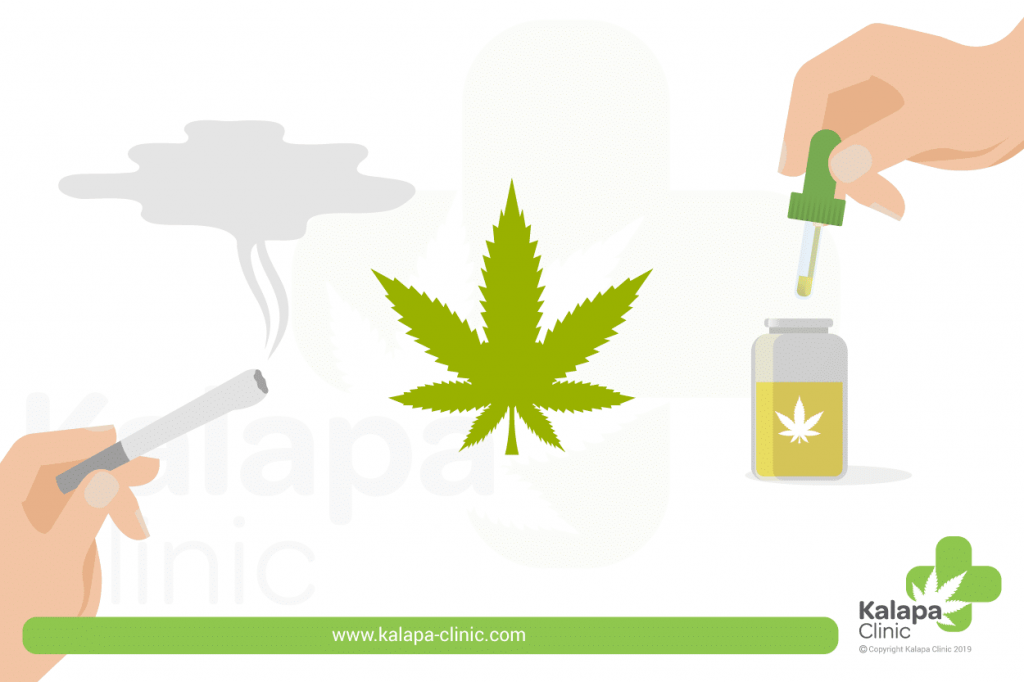 Cannabis is a plant that has been cultivated and used for over 5000 years. Today it is used for its medicinal properties, recreational effects and also for industrial uses. The first testimonies of its medical use are from Antiquity in Asia and in the Middle East. It was only much later, at the beginning of the 19th century, that it began to be used in Western medicine1. Let’s talk about the difference between medical and recreational cannabis use.

Besides its medical use, the plant is consumed recreationally for its psychotropic effects. This has led to a strong prohibition of cannabis. Although today we are more and more turning our attention to this plant for medicinal purposes, research has been slowed down because of this ban and the negative perceptions of the plant.

People who use cannabis for recreational purposes use it for its psychotropic effects. These effects are produced by THC. This is a cannabinoid among more than 100 different cannabinoids found in the plant, the main ones being CBD (Cannabidiol) and THC (Δ-9-tetrahydrocannabinol).2 Recreational users of cannabis look for feelings of lightness, relaxation or euphoria.

It is important to recognize that this consumption can be associated with risks by altering cognitive and psychomotor functions. For example, there is evidence suggesting that consumption of THC can increase the risk of psychotic symptoms3, like fever. In addition, there are risks associated with dependence, with approximately 9% of users meeting the criteria for dependence at some point in time. This figure is much higher for the younger population. 4

The consumption of cannabis for recreational purposes and for medicinal purposes are different in several aspects. Beyond the psychotropic effects of THC, the cannabis plant can be used as an effective way to relieve many symptoms. Different cannabinoids are used for different purposes and applications. For example, CBD, which is non-psychotropic, has antioxidant and anti-inflammatory properties.5

In addition to being composed of cannabinoids, cannabis has terpenes and flavonoids that can also be used for therapeutic purposes.  Medical cannabis can be useful to treat many pathologies such as chronic pain, insomnia, cancer, stress, multiple sclerosis… Some people who do not obtain satisfactory results with traditional medicine turn to cannabis-based therapies. This is particularly the case for some people who have a refractory epileptic condition.

These consumers are also seeking products with low CBD levels. Indeed, it has been demonstrated that CBD can decrease the psychoactive effects of THC when they are used together. 7

Concerning medical cannabis, the type of product used depends on the pathology as different cannabinoids do not have the same effects. For this reason, it is recommended to seek specialist advice in order to obtain an effective and safe treatment. Treatments requiring THC can be coupled with CBD to reduce the non-desirable effects. In addition, several of the cannabis medical products on offer are of good quality, produced professionally which can be certified and undergo third-party lab analysis.  However, some products may not contain good quality as it is not regulated. Certified products gives you a clear idea of what the product is made of and allows you to properly control the dosage.

The method of administration plays a significant role in the effects generated. In most cases, people who use cannabis recreationally wish to obtain the effect quickly and intensively. Whereas for medical use it is better to obtain a long-lasting effect by taking small doses regularly.

The majority of people who use cannabis recreationally turn to the inhalation method for its rapid effects. Ingestion of edible products is also more and more common method of administration.  However, sublingual administration is the most popular upon medical uses.

On the legislative side, countries that have legalized the recreational use of cannabis are still in the minority. For example, Canada or some states of the USA such as California. However, an increasing number of countries such as Australia, the United Kingdom or even Germany authorise the consumption of cannabis for therapeutic purposes. This means that people can buy cannabis products containing more than 0.3% of THC to treat their condition. It is necessary, nevertheless, to have a prescription.

When cannabis or cannabis-based products are prohibited, it is mainly because of THC and its psychotropic effects. But there are other components that are perfectly legal and do not have any psychotropic affects. This is the case with CBD, which the World Health Organization officially recommended in 2017 to not be classified as a controlled substance at the international level.

Moreover, the WHO Expert Committee on Drug Dependence has concluded that CBD, in its pure state, does not appear to be abused or harmful to health. 8 As a result, most countries authorise products with no THC, or with very low levels, normally 0.2% or below. For example, hemp, useful to industry for its fibres and to medicine for its CBD, is legal when it contains less than 0.3% or 0.2% (depending on the country) of THC. It is therefore possible to buy cannabis-based therapeutic products containing THC at 0.3% or less, but less than  0.2% in most countries.

Although both recreational and therapeutic consumers use cannabis, there are significant differences. These differences are mainly in the products, the methods of administration and the legislation. For people who wish to use therapeutic cannabis to treat their illnesses, it is advisable to seek a professional specialised in cannabinoid therapy who will be able to recommend a reliable, safe, and specific treatment.

7. Hložek, T., et alt. (2017). Pharmacokinetic and behavioural profile of THC, CBD, and THC+CBD combination after pulmonary, oral, and subcutaneous administration in rats and confirmation of conversion in vivo of CBD to THC. European Neuropsychopharmacology, 27(12), 1223–1237.