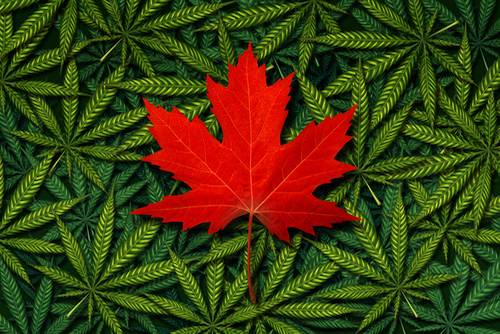 On the 17th of October, Canada became the second country worldwide, after Uruguay, to legalise cannabis. The legislature allows its open selling to the public but this one is regulated differently depending on the region. In some cases, its growing is allowed, but there exist cases, like Quebec and Manitoba, where growing the plant is not allowed.

Legality regarding cannabis in Canada

The legal age in order to buy cannabis in Canada is 18 years old, but most of the regions have determined 19 years old as the minimum age. Only Quebec and Alberta are starting to think about increasing the minimum age to 21 years old.

Each region will be the responsible one for the selling in authorised stores and allow the opening of public shops. Furthermore, specific regions like British Columbia will allow the presence of private venues or its selling in public stores.

The online selling of Cannabis is allowed now in Canada since the 17th of October. In fact, in this first day, there has been big queues of users outside the establishments where cannabis is being sold. For example, Vancouver doesn’t have a store yet for the selling of cannabis and Ontario has established that online selling is the only possible way to acquire cannabis until there is a clear establishment of the regulation for companies wanting to sell cannabis.

The buying of the dried or fresh plant is allowed. Furthermore, it is also allowed the selling of the variety of products derived like CBD oils, seeds and proper elements in order to be able to prepare edible products like muffins, cakes or drinks.

The impact on medical Cannabis

The legalisation will allow that focused companies in the use of medical cannabis can now have a bigger projection. With the economic injection, which means the aperture and selling to the public, there will be more investments in order to do scientific research focused on the therapeutical use of cannabis for a variety of maladies.

In an industrial level, there is starting to appear big companies performing high technology operations and specialising in cultivation material, production and exhaustive control on the diverse strains of cannabis for therapeutic use.

With this goes hand by hand, the high economic expectative that this starting market will produce.

Production of cannabis licenses with therapeutic purposes will be granted by the Minister of Health and 120 companies already have it. But, there are hundreds of licenses request still pending of revision.