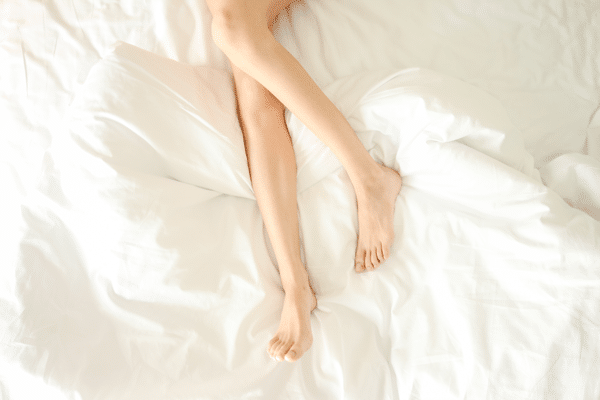 The study situation regarding the therapy with medical cannabis for movement disorders is not yet clear. However, the results so far are promising.

As its name suggests, the main symptom of this condition is to have restless legs. Those people affected by restless legs syndrome feel the urge to move their legs constantly. In addition, unpleasant feelings or sensations such as pulling or tingling in the legs can also occur. Frequently, cramp-like complaints and pain also occur.

Basically, patients experience RLS differently. While for some the urge to move is particularly agonizing, others suffer more from the sensations. In addition, both legs are not always affected at the same time. Thus, the complaints can occur in only one leg or they occur alternating in both legs.

However, it is typical for RLS that the symptoms worsen in sitting and lying down. Movements, on the other hand, provide relief. The following symptoms may also accompany the disease:

Restless Legs Syndrome: What are the causes?

So far, the exact causes have not been clarified. Researchers suspect that the dopamine metabolism in the brain might be disturbed – similar to Parkinson’s disease, which also causes movement disorders. As a result of this disorder, the transmission of nerve signals can be defective. But a disturbance in the brain stem and cerebellum could also be the cause.

An inherited component may also be a possible cause. In the meantime, a gene has been identified that could be involved in the development of the neurological disease. However, the exact connections have not yet been clarified. It is also questionable whether this is the sole cause.

What forms of restless legs syndrome are there?

What medications can cause restless legs syndrome?

It is now known that certain drugs can also trigger or even aggravate the syndrome. This is especially true for drugs that interfere with the brain metabolism. These include, for example, drugs with a mood-lifting effect (antidepressants).

The diagnosis is based on the typical RLS symptoms:

In addition, a blood test is carried out to rule out possible deficiencies. An extensive neurological examination is also necessary.

To confirm the diagnosis, doctors often carry out a so-called L-Dopa test. If the RLS symptoms improve while taking L-Dopa, this can confirm the diagnosis. If the symptoms do not improve, this does not mean yet that RLS is not present. This is because the connections between RLS and dopamine metabolism have not yet been definitively clarified.

The treatment of restless legs depends on how severe the symptoms are and how much the patient suffers. If it is possible triggering diseases have been excluded, the patient can be prescribed an L-dopa preparation (e.g. levodopa). It is also possible to combine the active substances levodopa and benserazide, as well as drug therapy with dopamine agonists (e.g. ropinirole, pramipexole or rotigotine). Dopamine agonists can imitate the messenger substance dopamine and thus develop a dopamine-like effect.

If it is a very pronounced and painful form of RLS, patients are sometimes prescribed anti-epileptic drugs or strong painkillers (opioids).

What helps against restless legs syndrome?

If the syndrome is mild to moderate, patients can help themselves with various measures. For example, many RLS patients report that foot baths, alternating showers and leg massages can alleviate the symptoms. Stretching exercises and regular sport can also help to alleviate symptoms. Patients should also avoid alcohol, caffeinated drinks and nicotine before going to bed, as these substances can increase the symptoms.

Furthermore, the intake of vitamin B12, folic acid and iron could also have a beneficial effect. However, this should be discussed in advance with the doctor treating you.

Medical cannabis as a therapy option

Clinical studies on the use of medical cannabis in restless legs syndrome are very few and far between. Nevertheless, these few studies are promising. At the Université de Bordeaux in France there was a case study with six RLS patients who used cannabis to relieve the symptoms (1). Five of the patients reported that the symptoms disappeared almost completely after cannabis use. One patient even spoke of complete remission. The patients further explained that the quality of sleep improved significantly under cannabis use.

Interesting is also a study from the Universidad Complutense de Madrid. It is known that cannabinoids from the cannabis plant such as delta-9-tetrahydrocannabinol (THC) and cannabidiol (CBD) interact with the cannabinoid receptors (CB1 and CB2 receptors) of the endocannabinoid system. The researchers found indications that this could also regulate dopamine release. This dopamine regulation has already been shown to be effective in the treatment of movement disorders, for example in Parkinson’s disease.

Various studies suggest that the non-psychoactive cannabinoid cannabidiol (CBD) may relieve symptoms such as tremor, anxiety and sleep disturbances. The use of CBD in restless legs syndrome could be considered as a solution to the anxiety and sleep problems (2).

With regard to CBD and movement disorders, the study results are inconclusive. For example, in one study, Parkinson’s patients did not experience symptom relief from CBD therapy (3). The researchers believe that CBD might play less of a therapeutic role, but could be used preventively in Parkinson’s Disease. Further research is needed, however.

The current study data are not yet sufficient to draw conclusions regarding the movement disorders associated with restless legs syndrome. Despite the widespread publicity about the medical benefits of cannabinoids, further pre-clinical and clinical studies are necessary to better characterize the pharmacological and therapeutic effects.