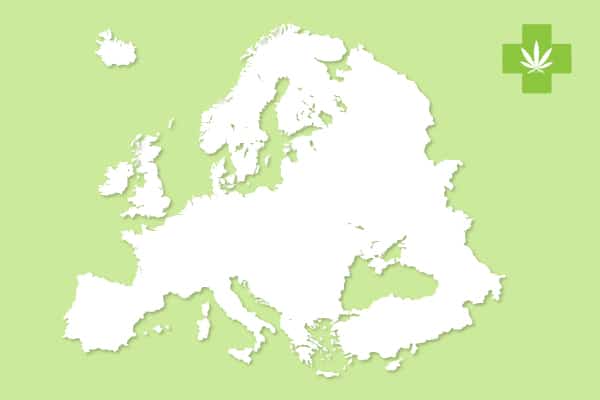 The Cannabis industry has gone through some changes during the last few months, shaping, step by step, the way in which we understand the use of medical cannabis and fighting against the remaining prejudice towards this natural alternative.

From new scientific discoveries to the patients’ necessity to access this alternative treatment, governments have seen themselves under the pressure to change the legislation in order to either facilitate or control the access to the substance. In this article, we will highlight some of the most important episodes and situations that have allowed the therapeutic use of medical cannabis.

General understanding about the use of medical cannabis and its regulation

Following a briefing paper published by the IDPC (International Drug Policy Consortium) in 2018, we can recognise two main kinds of regulations:

On which ground new regulations stand?

The biggest impediment within the medical cannabis industry, apart from prejudice, has been its total forbiddance. During the Single Convention on Narcotic Drugs, back in 1961, Cannabis was internationally prohibited, and consequently medical and scientific research on this substance was left behind.

Nowadays, for countries to adopt new regulations allowing the access and use of medical cannabis, there must be absolute and irrefutable evidence about the therapeutic uses of this substance, a requirement that is not necessary for other therapeutic treatments. Therefore, for new regulations to become feasible, they must stand on a strong ground build by irrefutable scientific evidence. Something that the medical cannabis industry does not yet have as research on the subject has been constrained in several ways.

On the other hand, the cannabis plant presents a big variety of components going from more than 100 different kinds of cannabinoids, several kinds of terpenes, flavonoids, etc. Therefore, the complexity of the plant itself combined with the legal boundaries researchers must face hinder investigation. In consequence, building the strong scientific foundations required by the legal frameworks to allow medical cannabis becomes a very difficult task.

A sum up of countries willing to regulate medical cannabis

We will focus this section on European countries that have or will develop a legal ground that allows a controlled access to medical cannabis.

The cases of two children with a severe kind of Epilepsy in need for medical cannabis, led the Department of Health to grant emergency licenses in order to allow children to access the required medication. Consequently, a process to access the substance was developed.

First of all, the only conditions for which medical cannabis is allowed are: Spasticity associated with Multiple Sclerosis, Chemotherapy Induced Nausea and Vomiting (CINV) and Refractory Epilepsy.

Secondly, only patients on which all kinds of conventional treatments have previously failed can apply for a license as far as there is evidence that cannabis could help with their condition and after they have seen a medical advisor expert on the subject. Only by presenting all these requirements, the Department of Health will determine if the patient can get access to cannabis-based medications.

Some sectors (such as patients and professionals) have complained about this new legislation by expressing that instead of opening doors, it’s restricting everything even more, as no patient who does not have any of the previously named conditions can apply for a license. And, in case they find a way to apply, getting funding for the treatment is not currently available by the NHS and the cost of such a treatment could reach thousands on pounds a year.

Germany has become one of the first countries in the world in including medical cannabis covered by both public and private health sectors. Medical cannabis was legalised in Germany in 2017 and doctors are allowed to prescribe pharmaceutics containing Tetrahydrocannabinol (THC) to patients with severe conditions, most of them provided in the form of flower or extracts.

Health Insurance companies have set up a reimbursement scheme. To start treatment with medical cannabis, patients must start an application to the required health insurance company. Health insurance companies can reject applications if they have significant reasons to do so. On the other hand, the German government also stablished a cannabis agency part of the German Federal Institute of Drugs and Medical Devices (BfArM). In addition, companies could apply to get a cultivation license if they had experience enough growing cannabis and the BfArM allowed companies to collaborate with international and experienced cannabis growers in order to apply for a license. Therefore, it is fair to say that Germany will be growing medical cannabis this 2019.

Next in our list, we find Italy. The Italian Minister of Health launched in November 2015 the “Cannabis-based galenic formulations” project. Within this new legislation, physicians can prescribe medical cannabis to treat any condition if there is enough scientific literature defending its use on that condition.

Once, the patient has the doctor’s prescription, this one is given to the pharmacist. The pharmacist has a key role within this process as the pharmacist is the one in charge of making the request to get medical cannabis from an official entity recognised by the government. One of these recognised official entities is the “Stabilimento Chimico Farmaceutico Militare”, a military pharmaceutical factory in charge of producing medicines for rare conditions.

Once the pharmacist has made the official request of medical cannabis to one of these entities, this one receives the flower and can then manufacture the required medicine in the form prescribed by the physician. The Public Healthcare will cover the cost of the treatment for any of the following conditions: Multiple Sclerosis, Chronic pain, Anorexia, HIV, CINV and Tourette Syndrome, but only if it is demonstrated that conventional treatments have previously failed on the patient, as conventional medicines remain the first choice by the medical sector and physicians.

This project aims to control the amount of medical cannabis being harvested in the country, provides the pharmacist a key role and allows the manufacturing of a standardised product. The doctor must also specify which strain and which route of administration must be used on the patient.

The  Danish Parliament decided to initiate on January, 2018 the “Medicinal Cannabis Pilot Programme” that will allow doctors to prescribe medical cannabis products. This pilot programme will last for four years and it aims to offer patients a lawful ground on which to test cannabis-based medications, if other standard treatments have failed.

The cannabis-based substances allowed within the programme are controlled and standardised, but they have not been accepted as medicines. Furthermore, the substances have not yet been tested on clinical trials, therefore physicians have less information about its side-effects. The Danish Medicines Agency has provided restrictions as to which are the conditions on which medical cannabis can be used. These ones include: Multiple Sclerosis, Painful Spasms caused by spinal cord damage, CINV and neuropathic pain. The intention is to assess on a better basis the use of cannabis-based medicines at the end of the pilot programme.

This country classifies substances within the Opium Act (the lawful section that covers psychotropic drugs) and unlike other nations, the Netherlands places cannabis under a lesser classification (Category II of the Opium Act). Furthermore, in 2001, the Office of Medical Cannabis (OMC) was stablished. The OMC is the agency responsible for the sale and production of medical cannabis in the country. The quality of cannabis is constantly controlled through testing by official laboratories. All cannabis passing through the OMC has been produced by Bedrocan. Bedrocan is the only company in the Netherlands licensed by the Dutch Ministry of Health to produce cannabis flos (female dried flower). This flos can then be purchased from pharmacies with a previous prescription provided by a doctor.

In the Netherlands, doctors have the authority and the judgement to decide when to prescribe cannabis, the only requirement is that all conventional treatments have previously failed on the patient and medical cannabis is the last option left. Physicians must also determine the strain required for the patient, even though this is constrained by the numbers of strains currently provided by Bedrocan. So far, there are 5 types of medicinal cannabis: Bedrocan, Bedrobinol, Bedica, Bediol and Bedrolite. All of them manufactured by Bedrocan and with differences in the quantity of THC and CBD. Determining which one is the one the patient needs will be decided based on the clinical necessities of the patient.

The Netherlands is a singular example as it does not present the stigma still prevalent in other countries. Prescribing medical cannabis is quite common and doctors do not face prejudices or hurt their reputation when doing so.

The consequences of legalising the use of medical cannabis

In the briefing paper published by the IDPC, the consequences of legalising medical cannabis were studied and explained. It has been said on many occasions that allowing people the access to medical cannabis, could easily lead individuals to its illicit recreational use. But this statement does not seem to hold true. For example, the use of recreational cannabis between adolescents has remained stable in the parts of the USA where its medical use has been permitted. Furthermore, there has not been recorded an increment in traffic accidents in those legal frameworks where medical cannabis has been allowed.

And lastly, there are not reported deaths caused by cannabis intoxication. On the contrary, those patients on which medical cannabis has been administered show an improved survival rate and a better quality of life.

Medical Cannabis being recognised as a necessity

On a historical statement published by the World Health Organization (WHO) on January this year, the Expert Committee on Drug Dependence (ECDD) recommended cannabis and cannabis resin to be deleted from Schedule IV of the Single Convention on Narcotic Drugs. This means that the OMS recommends stop considering cannabis as a dangerous substance and encourages institutions to recognize its therapeutic importance. On the other hand, on a law proposal launched by the European Parliament on 2018, it is recognized, among other things, that medical cannabis research has received insufficient funding and that therapeutic uses of cannabis must be recognized as priorities.

The fact that two entities such as the WHO and the European Parliament talk about cannabis means that many official institutions are being aware of the medical necessity of using cannabis and are willing to break the boundaries between research and prejudice.

It is indeed clear that awareness is increasing among governments and the public. The IDPC has recommended governments to include patients within the decision-making process, offer technical assistance to physicians, increase the public education concerning cannabis and allow and promote research. These aspects are key if we are willing to use medical cannabis.