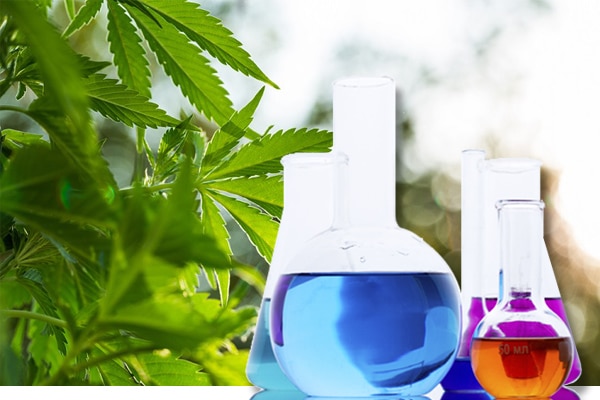 In one of our first blog posts we spoke about the different types of cannabinoids. Today we would like to focus on synthetic cannabinoids; they are designed in laboratories and do not possess any therapeutic benefits.

Synthetic cannabinoids are manufactured artificially and have been catalogued by the US National Institute for Drug Abuse as a psychoactive substance. Unlike medical cannabis, this product seriously affects the brain and can cause serious side effects, with the most serious cases leading to death. Other side effects of synthetic cannabinoids include:

This kind of cannabinoids are considered a psychoactive substance, because they activate the cannabinoid receptors in a different and more intense way, which causes a very strong neurological effect. Synthetic cannabinoids are much more effective at binding to the CB1 receptor, unlike THC however, it binds as a full agonist rather than as a half. The strength of the strain also makes it a much more dangerous drug, as it can be up to 100 times stronger than the strains containing a high level of THC.

Artificial cannabinoids came to market in the early 2000’s in Europe and the United States and it has caused some serious side effects to some of those that have consumed it, as some people explain briefly in this video. Generally as the human body metabolizes a drug it will start to deactivate it, but with synthetic cannabinoids it is believed that this does not happen. It is said that some of the metabolites of the synthetic cannabinoids bind to the receptor itself – this is not the case with THC.