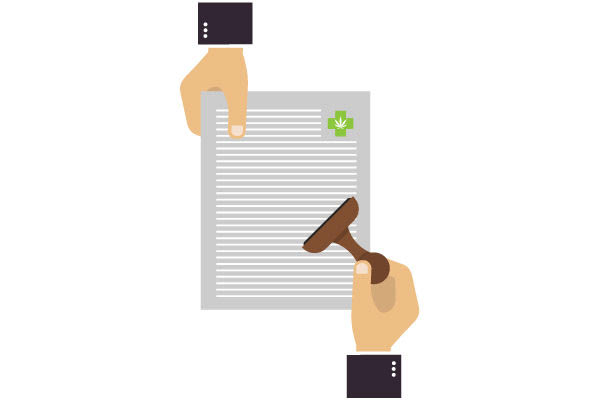 On Thursday 27th of September, Epidiolex became the first cannabidiol-based substance placed under Schedule V of the Controlled Substances Act (CSA) by the Department of Justice and Drug Enforcement Administration (DEA). This was the consequence of a large, controlled and successful clinical trial that led the DEA to accept the medical application of this CBD-based substance, as a valid treatment for two kinds of severe Epilepsy. The news was a big surprise for the medicinal cannabis sector, as cannabis and any of its components (including CBD), remain under Schedule 1 of the CSA.

Epidiolex is an oral solution proposed to control seizures in patients who suffer from two kinds of severe Epilepsy.

The novelty of this substance is that its active ingredient (AI) is Cannabidiol (CBD). CBD is one of the more of a hundred cannabinoids found in the cannabis plant. Therefore, what puts this oral solution in a highlighted place is its cannabis-based medicine as a valid treatment for controlling seizures.

The two kinds of severe Epilepsy that this CBD-based medicine can be applied to are known by the names of: Dravet’s Syndrome and Lennox-Gastaut Syndrome. Both of these conditions are rare, severe and childhood-onset kinds of Epilepsy and they can cause intellectual disabilities, motor skills impairments and social disabilities. This is why early control of seizures can hugely improve the quality of life of the patient.

How the process started?

Before Epidiolex was placed under Schedule V by the DEA, the substance was first recognised by the Food & Drug Administration (FDA) as a valid treatment for reducing seizures in severe Epilepsy .  The FDA is the agency within the US Department of Health and Human Services in charge of protecting public health. Therefore, this entity is responsible for providing medical and scientific information and recommendations to the DEA, which will be able to scheduled the substance.

The DEA uses five Schedules in order to classify a variety of substances, medicines and chemical prodructs. This classification depends on its accepted medical use and its abuse potential. Once the DEA has chosen a specific schedule for the substance, it is then listed on the CSA.

Substances that belong to Schedule I do not have a recognised medical use in the USA. Furthermore, they are considered to have a high abuse potential and they cannot be use even with a prescription. On the other hand, the ones that belong to Schedule V (like Epidiolex) have a recognised medical use, low abuse potential and they are available under prescription. Even though, they remain as illegal when they are acquired without prescription. Belonging to Schedule I or V, can make a clear difference in its way of acquisition and the persecution force of any substance or medicine.

What implies that this CBD-based medicine is added to Schedule V?

The fact that this medicine has been placed under Schedule V in the Controlled Substances Act, implies that physicians are able to prescribe this oral solution under the specific and required circumstances. Furthermore, this also allows the medicine to be distributed via traditional pharmaceutical channels that make its availability of use easier for patients who require this treatment.

On the one hand, that a CBD-based medicine has been placed under Schedule V, provides it a medicinal value and a low risk of abuse. On the other hand, Schedule V places patients who require the treatment within a safer legal framework. As they will not be considered criminals for taking this cannabis-based medicine.

For this antiepileptic drug to be accepted by the FDA as a valid treatment, it had to go through an extensive clinical trial with 516 patients. The effectiveness and safety of Epidiolex was tested on “3 randomised, double-blind, placebo-controlled clinical trials” (following the FDA description). The oral solution demonstrated its effectiveness in reducing the frequency of seizures when compared to placebo.

For a cannabidiol-based medicine to be added to the schedule V by the DEA, two conditions are required:

Why is this event so important?

There are many aspects that make the CBD-based treatment a focus of attention. First of all, it is the first time in the medical history, that the FDA approves a treatment for Dravet’s Syndrome. This epileptic syndrome is known by its rarity and severity. Therefore, that a substance has been approved by the FDA in order to control seizures, indicates the high effectivity of the treatment.

Secondly, it is the first time that the DEA places under Schedule V (the lower Schedule available) a substance which contains cannabis-derived CBD. As, the Cannabis plant remains under Schedule I, with no recognised medicinal use.

That a cannabis-based medicine has been placed under Schedule V and it has now a recognised medicinal use, does not entail that CBD itself is placed under Schedule V. Neither does cannabis. The DEA has made clear that this scheduling will only take place with the previous approval of the FDA and on substances with less than 0.1% of THC. Therefore, the scheduling does not include CBD, any other cannabinoids or cannabis-derived products in general. So far, cannabis itself and any cannabinoid remain under Schedule I of the CSA, as elements with no recognised medical use and high risk of abuse.

On the one hand, there is the possibility that the scheduling provided by the DEA to a medicine with an AI derived from cannabis opens the doors and facilitates research focused on the medicinal uses of cannabinoids. But, this could also make the criteria to become a cannabis-based treatment, harder.

Furthermore, even if the treatment was to be effective in treating seizures in other conditions, its application could remain limited to only treating the two kinds of epileptic syndromes already mentioned.