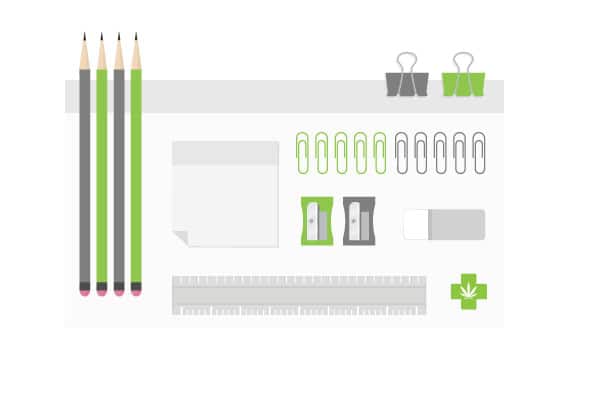 According to the DSM-5 (Diagnostic and Statistical Manual of Mental Disorders, 5th Edition), Obsessive – Compulsive Disorder (OCD) is a mental disorder marked by anxiety or distress and characterized by the presence of persistent thoughts (obsessions). These recurrent thoughts are suppressed by new thoughts or actions (compulsions), which are acts performed in response to the obsession. The compulsions are an attempt to prevent the anxiety or distress provoked by the obsessive thoughts.

The anxiety provoked by OCD can be very uncomfortable and it can prevent the patient from engaging in social activities or perform professional tasks.

Being someone very clean or someone who really likes order and organization does not mean that we are suffering from OCD. For OCD to be diagnosed in a person, these obsessions and compulsions must be time consuming occupying hours of our day. In consequence, OCD impairs social and professional functions.

One example of an obsession in OCD could be the need for symmetry and order. In this case, the patient spends a lot of time (hours of its day) arranging and ordering things in order to find the symmetry desired. When the person is not able to do so, an uncomfortable feeling of anxiety is experienced because the patient believes something bad will happen.

Anxiolytic effect of cannabinoids treatment for OCD as dosage dependent

According to a study published by Tambaro et al., it is important to differentiate between the use and misuse of cannabinoids.

The correct use of cannabinoids, which can be achieved by following a controlled therapy, can help to improve relaxation, sociability, euthymia (tranquil mental state or mood) and others. But, the misuse of cannabinoids could provoke paranoia and psychosis. The researchers also emphasized the anxiolytic effects found when using THC. These effects can be beneficial to help the anxiety experienced in OCD.

Furthermore, the researchers also described how users of modest amounts of cannabis felt the euphoria, relaxation and sociability provoked by the cannabinoids. On the other hand consumers of high dosages reported phobia, panic and cognitive impairments. This is one of the reasons why controlled therapies are essential, since the effects provoked by medical cannabis can be dependent on the quantity of cannabinoids administered.

The same situation is found with CBD. Researchers gave details about the bidirectional effect of CBD as an anxiolytic and concluded that low and moderate doses provide anxiolytic effects.

How can CBD help with OCD?

In a study published by Blessing et al., they explained the interaction between CBD and several receptors within the endocannabinoid system with the purpose of relieving anxiety-based problems.

New preclinical evidence using animal models indicates that CBD is successful in reducing anxiety levels in anxiety-based disorders (like OCD). Furthermore, on human models, CBD is studied as a potent treatment for reducing anxiety levels. This could be used to improve the quality of life in people suffering from OCD.

Even though there is preclinical and clinical evidence about the success of cannabinoids in decreasing anxiety levels, further research is needed in order to offer a more complete cannabinoids treatment for OCD and to know how to prevent the obsessions and compulsions experienced by the patient. In the meantime, cannabinoids can help to control the anxiety provoked by this time-consuming disorder.