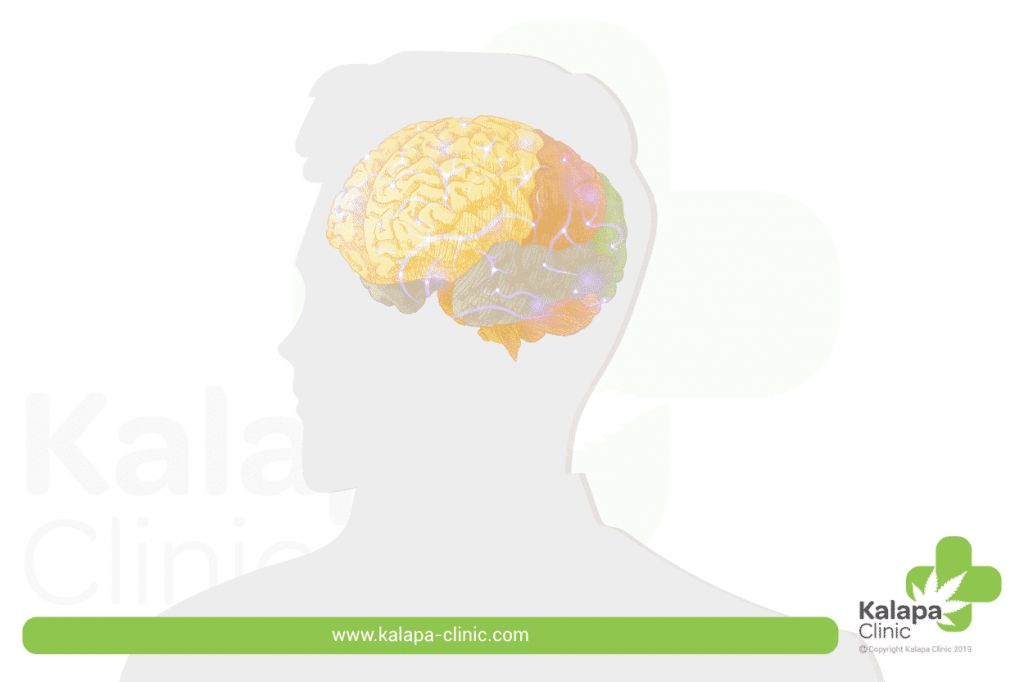 The discovery of the endogenous cannabinoid system set up the basis of an intense research into the therapeutic potentials of cannabinoids, in a variety of neurological-related disorders, such as gliomas, cerebral ischemia, multiple sclerosis, and so on.[1] In fact, this is exactly the main focus of this article, trying to examine possible involvements of the endocannabinoid system into neuroprotection processes.

The endocannabinoid system consists of two main receptors, CB1 and CB2, as well as three of the most important types of endocannabinoid ligands. CB1 mainly populates the central and peripheral neurons, and in lower concentrations are also present in the numerous peripheral tissues, whereas CB2 is mostly present in organs of the immune system, included in the brain (glial cells).

Anandamide was the first endocannabinoid to be identified, followed by 2-arachidonoyl glycerol (2-AG)[2]. Recently, a third endocannabinoid was reported, and was named 2-arachidonyl glyceryl ether (or noladin ether). Differently to the classical neurotransmitters, such as dopamine, serotonin and others, the endocannabinoid Anandamide emerges in very low concentrations in the brain.

Another study, conducted by Jin, K.L et al., observed CB1 cannabinoid receptor induction after an experimental stroke, starting from 2 hours and continuing for more than 72hrs. These results are consistent with a neuroprotective effect from endogenous cannabinoids[3]. Several groups have noted that although anandamide and its precursor are present in very low or almost undetectable levels in the brain, their concentrations increase post-mortem or during the injury.

Hansen et alt. in their study found that high levels of the anandamide phospholipid precursor are produced in response to injury, and that 24h after a head trauma, anandamide levels increased by almost three fold, with no associated increase in 2-AG formation[4]. On the contrary, Dr Mechoulam at al conducted another study that showed that both anandamide and 2-AG are produced during brain damages, however, the production of these specific endocannabinoids might depend on the species, age, severity of the trauma and type of injury. Moreover, anandamide and 2-AG seem to be endogenous neuroprotective agents, produced by the brain, and probably by other neuronal systems.[5]

Moreover, another study, conducted by Hampson et al., examined another potential therapeutic role for cannabinoids as neuroprotectants, also describing their mechanism of action on the neuronal level.

The study showed that during ischemic episode, big quantities of the excitatory neurotransmitter, glutamate, are released. This event causes neuronal death by over-stimulating NMDAr receptors, AMPA and kainate-type receptors, and results in accumulation of toxic levels of intracellular calcium and metabolic stress. Antioxidants or antagonists to NMDAr and AMPA/kainate receptors have demonstrated (In vitro and in vivo studies) to reduce such neurotoxicity.

Cannabinoids as Antioxidants in neuro-degenerative processes

According to different studies, ROS damage may be involved in glutamate neurotoxicity. The antioxidant properties of cannabidiol and other cannabinoids have been demonstrated by cyclic voltammetry. A procedure that measures the ability of a compound to donate or accept electrons under a variable voltage potential. In general, cannabinoids could protect neurons against glutamate by reacting with ROS.

Cannabidiol is significantly more protective than dietary antioxidants (a-tocopherol or ascorbate). In addition, Cannabidiol blocks glutamate toxicity in cortical neurons with equal potency regardless of whether the attack was mediated by NMDAr, AMPA receptors, or kainate receptors. The neuroprotection observed by THC and CBD seems to be cannabinoid receptor independent. This suggests that cannabinoids may have a therapeutic effects that are independent of psychoactivity-inducing cannabinoid receptors[6] and so are not necessarily accompanied by psychotropic side effects

Although cannabidiol is similar in neuroprotective capacity to the antioxidant butylated hydroxytoluene (BHT), cannabidiol has no known tumour-promoting effects (unlike BHT[7]). The lack of psychoactivity associated with cannabidiol allows it to be administered in higher doses than it would be possible with psychotropic cannabinoids such as THC. Previous studies have indicated that cannabidiol is not toxic, even when chronically administered to humans or given in large acute doses[8].