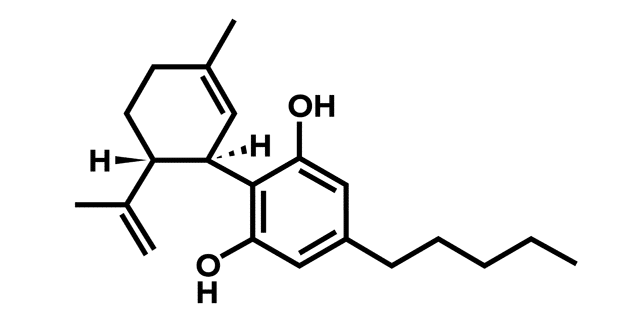 Cannabidiol otherwise known as CBD is one of the most well-known cannabinoids in the Cannabis Sativa L plant. Together with Tetrahydrocannabinol (THC) it is one of the most active components, making up approximately 40% of the plant.

CBD, like other cannabinoids is one of the components of the plant that gives it its therapeutic properties. Each cannabinoid in the cannabis plant plays a different role and has a different effect on the human body, when consumed.

CBD possess various therapeutic properties, moreover, it does not cause any kind of psychoactive effect, unlike THC. For this reason cannabidiol is considered a natural substitute that is perfect for those who would like to try a cannabinoid therapy, without it altering their state of mind. It is still being debated whether the therapeutic effects of CBD are in fact higher than those of THC, some of these benefits include:

Cannabis and hemp has been used for millions of years due to its medicinal properties. It has even been said that Queen Victoria used cannabis rich in CBD to treat her menstrual cramps in the 19th century.

Cannabidiol itself was first discovered in the 1940’s by Dr Roger Adams, but it was not until 1963 that Raphael Mechoulam was at the forefront of isolating the cannabinoids from the cannabis sativa L plant, and began to test out their properties in controlled laboratory tests. Before 1975 little to no studies on medical cannabis existed, as the years progressed research gradually increased, and it began to peak in the 1990’s; recently the studies regarding CBD have started to surpass the amount of research on THC.

In the 1970’s, the concentration of THC in the majority of strains was only at about 8%, and there were very few growers who specialised in strains with high concentrations of CBD as its properties were still being discovered. Since then, it has been possible to cultivate strains with high doses of CBD and with little to no THC. These specialised cannabidiol strains are becoming increasingly popular amongst patients starting cannabinoid therapies.

Scientists have found that CBD does more than just engaging the cannabinoid receptors. That said, there is still so much about CBD that we do not know about, but as more people are becoming aware of the therapeutic properties of cannabidiol, research will be able to continue to progress, ensuring that more people with certain conditions will be able to improve their quality of life, thanks to the therapeutic properties of cannabinoids.