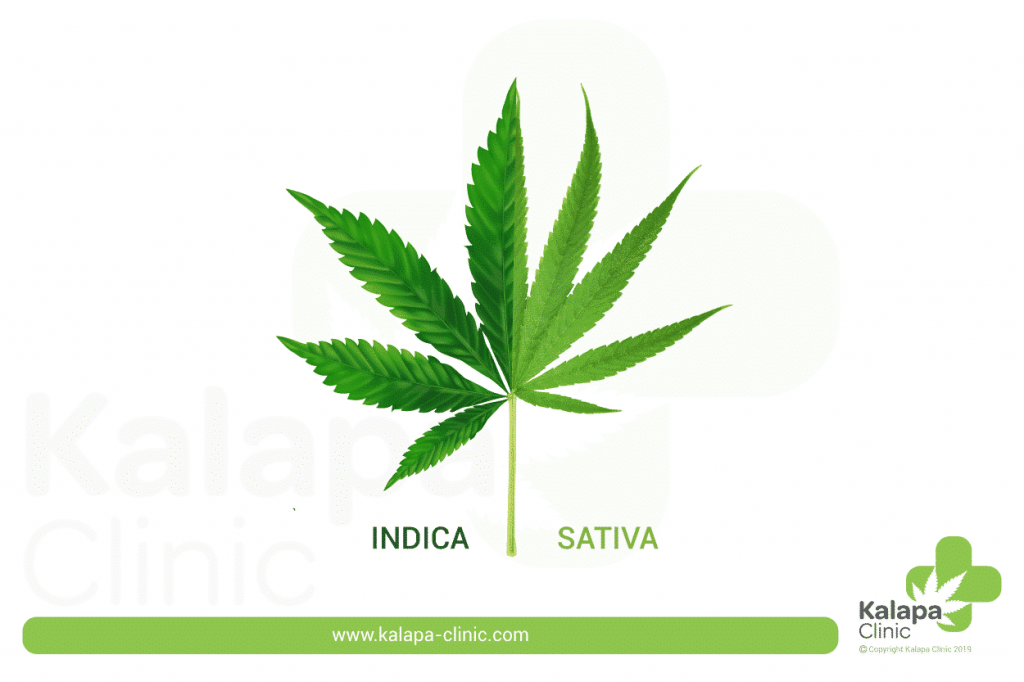 For anyone new to the world of medical cannabis, understanding the plant and how it affects the body can feel overwhelming. Not only does cannabis contain over 400 molecules including cannabinoids, terpenes and flavonoids, then there are inumerable strains with exotic names such as Sour Diesel, Amnesia, and Afghan Kush. Throw into the mix two subspecies called Cannabis Sativa and Cannabis Indica, and it’s not surprising patients are often left in a state of confusion before even getting started.

Sativa and Indica: What’s The Difference?

Historically, the division of cannabis into Sativa and Indica has been an important way of identifying the contrasting effects the plant has on the body. Sativa is associated with a cerebral high and euphoria, while Indica is thought to produce a physically relaxing, stoned feeling, sometimes known as couch lock.

The term ‘Sativa’ comes from the latin for cultivated, which gives us a clue to its early uses. Sativa was commonly grown in Europe and Western Asia for its seeds, oil, and fibre. ‘Indica’ is also latin, in this case meaning ‘of india’ and was used by humans for its psychoactive effects, often in a spiritual setting.

The Sativa and Indica subspecies can also be differentiated by their height, leaf shape, and aromas. Sativa is taller, narrower in leaf with an earthy aroma, while indica is squatter with broad leaves, and is thought to have a sweeter fragrance.

For many years, this difference between the energetic sativa high and the relaxing body sensations associated with Indica, were attributed to the dominance of two major cannabinoids: THC (Tetrahydrocannabinol) and CBD (Cannabidiol) in each subspecies. It was thought Sativa strains were THC dominant, while Indica contained more CBD.

These days though, this explanation is no longer accurate. Most CBD oil on the market is extracted cannabis sativa containing less than 0.2% THC, otherwise known as industrial hemp.

And just last year, a cannabis publication joined the Indica/Sativa debate, conducting a series of independent lab tests that found Sativa and Indica strains tended to have similar amounts of both THC and CBD. Which leaves the question, if the difference between Sativa and Indica isn’t about THC/CBD ratio, what other factor leads to their contrasting effects?

An important clue comes from the distinctive aromas associated with Indica and Sativa strains coming from a class of organic compounds called terpenes. Most of us are familiar with aromatherapy essential oils like lavender, neroli, rosemary, and eucalyptus, which are known to create physiological changes in the body. Many of these oils share the same terpenes found in cannabis.

It’s now believed the terpene myrcene is a key reason Indica strains have their predominantly relaxing effect on the body as the terpene is found more abundantly than in sativa strains. Myrcene, also found in mangoes, basil, verbena, hops, and lemongrass, is anti-inflammatory and a natural painkiller. It’s suggested by Steephill Labs in the United States that when myrcene levels exceed 0.5% in the cannabis plant, the famous body high or couch lock is achieved.  It’s no wonder then, patients with chronic pain, muscle spasticity or sleep disorders prefer Indicas.

Sativa strains on the other hand tend to have higher levels of limonene, commonly found in citrus fruits. Limonene has been found to elevate mood, has antifungal properties, and alleviates acid reflux.

Indica Or Sativa Strains: Which Should I Choose?

While many medical cannabis extracts do not differentiate between Indica or Sativa focussing instead on THC/CBD ratios, patients faced with an array of cannabis strains in a cannabis dispensary, still find themselves asked the same question: Do you prefer sativa or indica?

Here are some key points to consider before deciding:

In the end, if you are questioning whether to try sativa or indica cannabis strains for your health condition, perhaps a more pertinent questions should be to enquire about the terpene profile. Unfortunately, unless you buy a product that comes with lab tests, this is almost impossible to do. But it’s always worth asking your prescribing doctor or dispensary for their advice about choosing between sativa and indica.