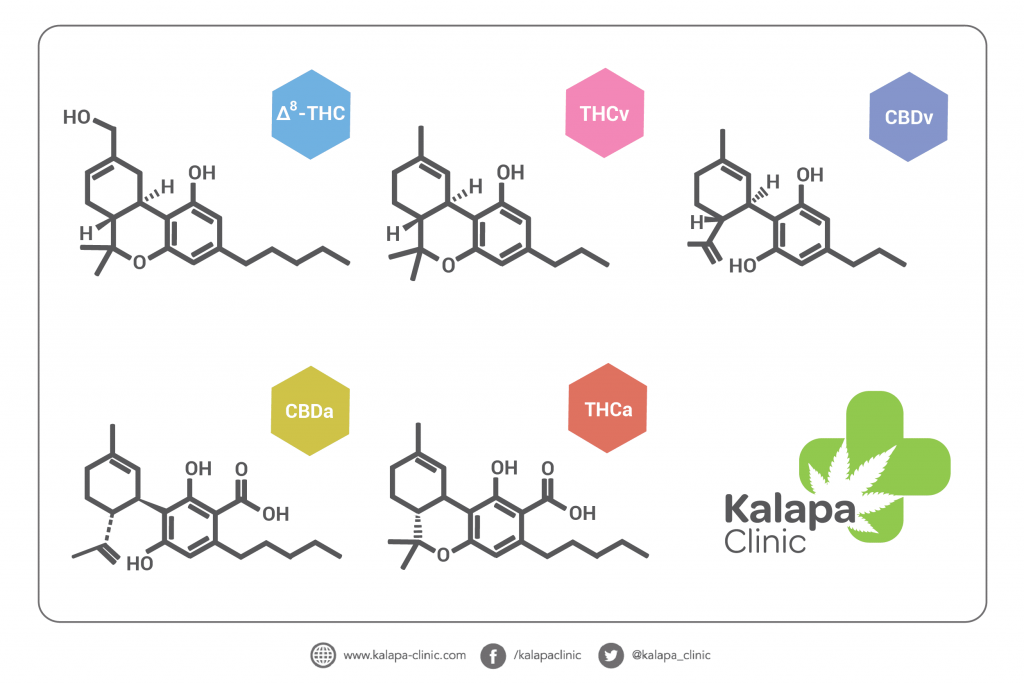 Apart from CBD, THC or even CBC, there are other cannabinoids that are not as well-known, but that also possess interesting therapeutic benefits. In this post we will talk about the other components of the plant.

THCv acts together with cannabis, however it does not possess any psychoactive properties unlike THC. Among the therapeutic benefits, these are the most significant:

Although cannabidivarin has not be studied extensively, it does possess therapeutic properties. The CBDv is the slightly more degraded the version of the CBD, so it has similar benefits to those of cannabidiol. This cannabinoid causes the following effects:

It is another one of the lesser known cannabinoids. It is very similar to THC in terms of its therapeutic benefits, however it is not as psychoactive as THC:

The “raw” cannabinoids: THCa and CBDa

According to the study by Dr. William Courtney, raw cannabis and thus THCa with CBDa would have the following therapeutic properties: anti-inflammatory, antioxidant, improves intestinal and neuronal functions and prevention of cancer.

If these cannabinoids have particular therapeutic properties, you can also speak of a certain harmony of effects through the entourage effect.