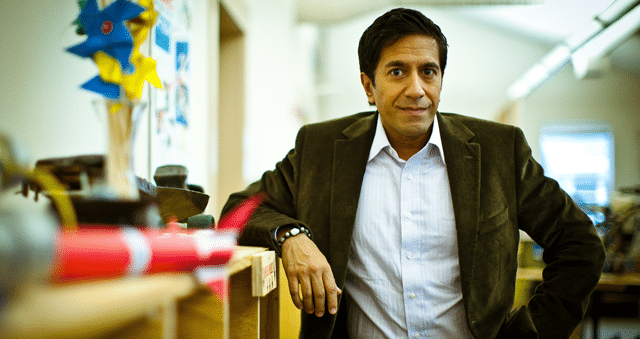 Medical cannabis has always been a controversial subject due to the amount of prejudices surrounding it. There are some people who have never believed that cannabis possess therapeutic effects whilst there are others who think that it is merely a fashion statement. However, it is rapidly becoming a reality, as more and more countries are promoting the legalization of medicinal cannabis. In fact, in the latest US elections, Florida approved the use of cannabis for medicinal purposes.

The subject is still causing division within the medical sector. There are those who believe in medical cannabis, those who do not and those who, like Dr. Sanjay Gupta, have ended up surrendering to the scientific evidence that supports the benefits of cannabis at a medicinal level.  Sanjay Gupta, a renowned surgeon, previously argued that the risks associated with using cannabis would outweigh any potential benefit that it may have on the user.

Research to combat the prejudice of medical cannabis

In 2013, Gupta put aside his own prejudices surrounding medicinal cannabis as he appeared in a documentary called ‘Weed’, a show which highlighted the some of the therapeutic benefits of cannabis. As part of this documentary, Gupta interviewed several patients with different medical conditions and observed how medical cannabis had been able to relieve some of the symptoms of these conditions.

The American neurosurgeon admitted that at first, like many others, he had allowed himself to be consumed by the prejudices that surround medical cannabis. Aware of the fact that the majority of people took a negative stance on using cannabis for therapeutic purposes, Gupta analyzed the policies of the DEA (the US Drug Enforcement Administration) and found that they classified cannabis as a dangerous substance. However, after further and thorough research, he found no evidence to prove that this substance was as dangerous as the DEA was claiming.

After months of researching cannabis, Gupta discovered that in addition to alleviating the symptoms of some conditions, medical cannabis is in some cases the only type of treatment that works.