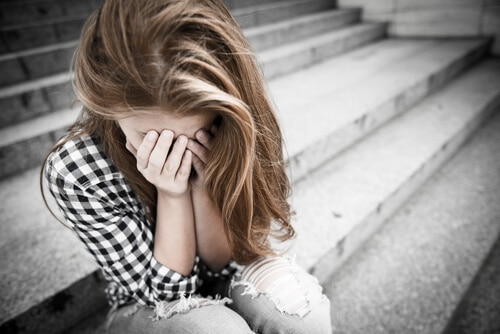 War, a serious accident, a robbery … in situations of grave danger, we experience uncontrollable fear, this is considered a natural response to unwanted/unexpected stimuli. However, to experience fear even weeks or months after the event, it is possible that the victim may be suffering from post-traumatic stress disorder (PTSD).

This disease can affect anyone who has experienced some type of dangerous or disturbing trauma in their life. In addition, it is closely related to other types of mental disorders. According to several studies, it has been shown that those who suffer from PTSD are at a much greater risk of developing other psychiatric disorders, such as anxiety or depression.

The prescription drugs prescribed to those with PTSD come with an array of side effects, such as depression, nausea and dependence of which can often end up causing the suffer even more problems. This is where medicinal cannabis comes into play as a useful treatment for these types of psychiatric disorders, it does not produce any of the side effects which are associated with prescription drugs.

Several studies have been able to link the improvements in patients psychiatric evaluations with controlled cannabinoid therapy. In the case of people with PTSD, it has been found that general well-being also increased when taking cannabinoids. CBD is one of the main cannabinoids of the Cannabis plant, it possesses no psychoactive properties, meaning that the user will not experience the ‘high’ that is commonly associated with marijuana.

Some companies in the US are opening their doors to veterans and are encouraging them to treat their post-traumatic stress disorder with cannabinoid therapy. However in the UK the use of cannabis (both medical and recreational) is still illegal, there are still up to 14,000 veterans in the UK suffering from mental health issues and who are not getting the necessary treatment that they require.