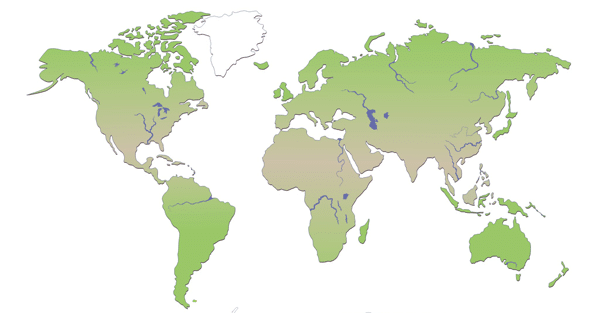 The issues surrounding cannabis are still very much a taboo subject in several countries, but what about medicinal cannabis in the world? Although cannabis is being talked about in a medical sense, it is still a widely debated project. However in the world there are several countries that support the benefits of medical cannabis, such as Holland, Uruguay, Israel, Canada, among several. But what happens in other parts of the world?
Firstly, it is known that cannabis started to be illegalised around the world in the beginning of the 20th century. The Unites States, one of the world powers, has recently legalised the use of recreational cannabis in California, Maine, Massachusetts and Nevada. While in Arkansas, Florida and North Dakota, the use of cannabis for medical purposes was recently approved, leading to a further 25 states allowing for the use of recreational/medicinal marijuana.

In Europe, it is known that in Germany, where from 2015 a patient can receive cannabinoid treatment and follow-ups under permits. In France cannabis is illegal, but since 2013 the sale of medical marijuana, to those with valid prescriptions, have been accepted. On the other hand in Poland, the use of marijuana for medical purposes is legal, however there are harsh sentences for those carrying large quantities.

In Brazil, the possession, transportation, cultivation and sale of cannabis are all punishable by jail, as in Argentina, where cannabis is illegal; however, use for illnesses is permitted, but not self-cultivation. In Chile personal use and cultivation is legal, where the possession of small amounts in decriminalised. In Columbia, medical cannabis was approved as a therapeutic alternative.

In South Korea cannabis use is heavily regulated, especially for personal use. While in Australia during this year the cultivation of cannabis for medical and scientific uses was legalised at a federal level. In other countries, such as India, cannabis is illegal at a federal level, although consumption and cultivation are permitted in certain areas. While in Russia it is possible to grow up to 20 plants for personal use, as well as possession and transport of up to 20 grams, but the sale of seeds is not yet regulated. In Egypt and Morocco cannabis is illegal.

Overall, the consumption of cannabis for medicinal purposes is not a widely accepted concept, however the laws are beginning to change across the globe.