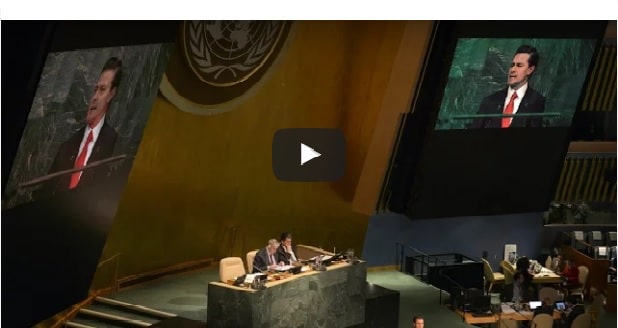 In the month of April there was a special session at the United Nations General Assembly (UNGASS) to discuss the given criteria involving the drug laws.

Several country leaders mentioned during the forum that they should open the door to the study of medicinal cannabis and pass it as an international movement.

Among the comments, the determination of certain parties have created a series of investigations that have shown that medical marijuana may not be a cure, but it is a method to alleviate symptoms. Already several presidents are seeking to decriminalize cannabis so that it can be studied and can be improved to help people seeking a safe treatment.

Starting the decriminalization of cannabis

Leaders are starting to show their interest in regulating the use of hemp and decriminalized it for the use of medical and scientific research. This medicinal approach is considered a drug and has had international bans, which has slowed the research for its medicinal potential.

At 12:20 minutes President Enrique Peña Nieto announces the decriminalization of marijuana in Mexico for medical and scientific purposes.
Canada announces its plan to formulate a law to decriminalize cannabis and allowing its recreational use for 2017

These statements were joined by leaders from Latin America and Europe in order to change the paradigm that has been around since the 70’s and has not yet yielded positive results.

While some people are saying that the event has not changed the global drug policy, in terms of medical cannabis; several countries are beginning to release information about their research and treatments.
This will definitely be a breakthrough for the thousands of people who seeking cannabinoid treatment and that currently are waiting for progress in scientific research.