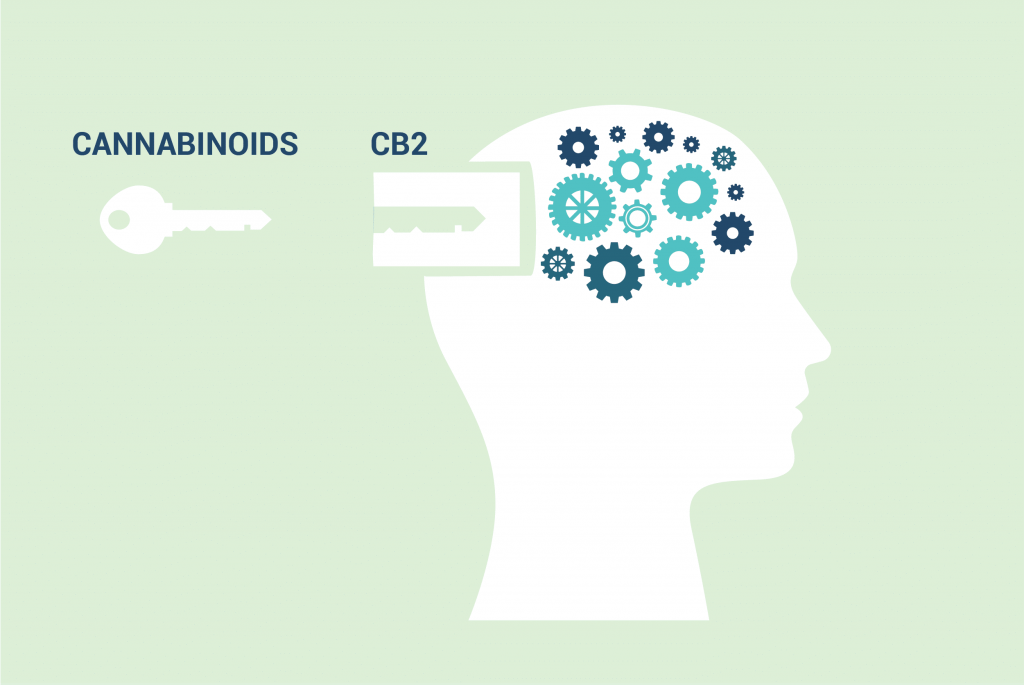 The endocannabinoid system in our bodies has the ability to modulate pain by regulating inflammation or swelling in different parts of the body, such as the brain. For this reason, a group of researchers has conducted a study [1] on the role of cannabinoids, and in particular the receptor CB2-in postoperative cognitive dysfunction.

The medical literature prior to this investigation indicated that the cannabinoid receptor 2 (CB2) could play a very important role in postoperative cognitive dysfunction. In fact, all previous studies revealed that the CB2 receptor can mediate anti-inflammatory and immunomodulatory effects by controlling microglial activity. However, the function of this receptor in postoperative cognition had not yet been investigated.

What is the function of the CB2 receptor after an operation?

To see what role this receptor could have, the group of researchers submitted several adult laboratory mice to an intramedullary fixation surgery for tibial fractures under anaesthesia with isoflurane and CB2 receptor agonists or antagonists.

The mice showed no changes in locomotive activity after surgery and drug treatments. However, they showed a deterioration of the memory dependent on the hippocampus, accompanied by a greater expression of proinflammatory factors in the hippocampus and prefrontal cortex, while the independent memory of the hippocampus was not affected. The CB2 agonist, JWH133, attenuated the memory loss induced by the surgery.

These findings indicate that CB2 can modulate neuroinflammation and cognitive impairment in a mouse model of orthopedic surgery. With the activation of this receptor the memory loss dependent on the hippocampus in these during the early postoperative stage can be improved. It is still necessary to see that these results are repeated in humans, but their effects on mice are hopeful.

The CB2 receptor and the endocannabinoid system

The endocannabinoid system is found in the body of all mammals and is composed of endogenous cannabinoid receptors. These receptors are located in different parts of the body and are responsible for regulating a wide variety of physiological processes such as pain or appetite, for example.

So far two types of cannabinoid receptors have been defined: CB1 and CB2. There are studies that point to the presence of a third type of receptor, but there is still no really conclusive evidence.