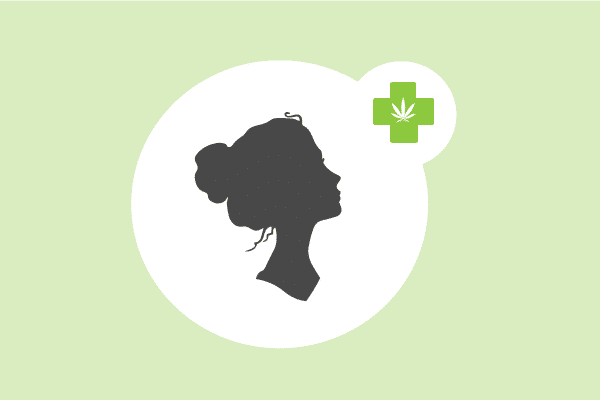 Men and women have different hormones. Therefore it is not surprising that the bodies of men and women do no react in the same way to cannabinoids. In other words, THC reacts differently to estrogen and testosterone.

When a woman ovulates there is an increase in the effect of THC. Infact, one study found that THC is more powerful in relieving pain when it acts with estrogen. In these cases it was revealed that THC can be up to 30% more effective in reducing pain in women.[1]

There are some diseases that only affect women. One example is endometriosis, a condition that affects over 170 million women world wide. It is a chronic disease characterized by the endometrial tissue growing outside of the uterus and inside the pelvic cavity, ovaries, intestine, uterine ligaments, or in the bladder. Due to this, the fertility of the woman is endangered, and in some of the most severe cases, the endometrial tissue can even reach the lungs.

Endometriosis is a relatively obscure disease, with not much known about its cause or cure. There have not been many clinical studies on the subject, therefore there is no existing cure. So far focus has been put on relieving the pain it causes and treating any other problems it may provoke.

Women with endometriosis often suffer from nausea and vomiting. In some cases patients may faint as the pain can be excruciating before and during menstruation or during and after sexual intercourse. In the most serious cases it can lead to the formation of tumors.

Cannabinoids may be useful for treating endometriosis. How? CBD and THC have anti-inflammatory, analgesic and immunoregulatory properties. Our body contains an endocannabinoid system that regulates the expression of pain, the immune system and the inflammatory response system, among others. The endocannabinoid system is composed of numerous CB1 receptors that are activated by cannabinoids. It is for this reason that CBD and THC could prove useful in treating the pain that comes from endometriosis.

Several other studies about medical cannabis and cancer idicate that cancer cells have more CB1receptors than healthy cells. This is what allows cannabinoids to attack cancer cells directly without affecting healthy ones. This discovery suggests that in the case of endometriosis, CBD and THC could help reduce the growth of endometrial issue cells. Unfortunately, there are no existing studies to confirm this possibility.

Two other problems in which cannabinoids can be effective are painful menstruation or pregnancy.

During pregnancy it is common for a woman to suffer from nausea and vomiting. The developing fetus requires a lot of food from the mother, however, if the vomiting becomes too frequent she can develop a disease known as hyperemesis gravidarum[2]. This condition causes the fetus to be unable to receive the necessary nutrients and vitamins for its growth.

This type of problem could be regulated with cannabinoids such as CBD, which has properties that alleviate nausea and vomiting, as well as improve ones appetite. In relation to pregnancies, it is also known that several cannabinoids are naturally present in breast milk.