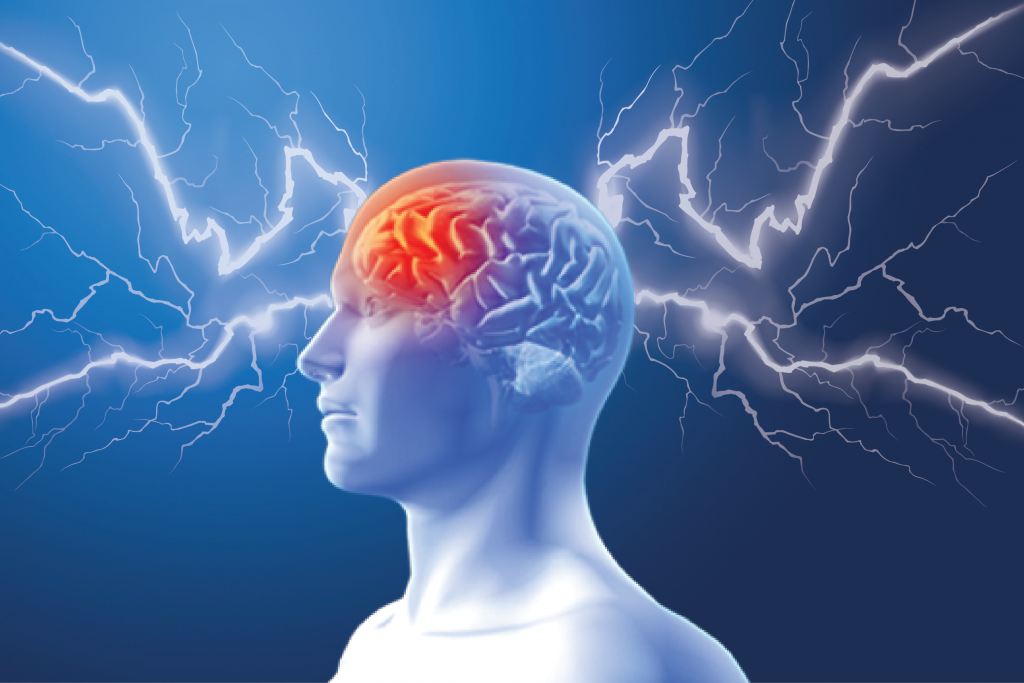 Dravet syndrome is a rare and severe form of epilepsy that develops in children. The disease is very difficult to treat, as antiepileptic drugs usually do not show sufficient improvement. However, studies have shown that CBD can reduce and reduce seizures. It also seems to increase the life expectancy of those affected and help with comorbidities.

The neurological disease is named after the French paediatric epileptologist Dr. Charlotte Dravet. The encephalopathy (disease or damage to the brain) is accompanied by uncontrollable muscle twitches, so-called myoclonus. This is why the Dravet syndrome is also called severe myoclonic epilepsy of childhood.

The symptoms of Dravet syndrome appear for the first time within the first year of the child’s life. These include febrile, mostly unilateral, motor seizures. Sometimes grand mal seizures occur, accompanied by unconsciousness.

The seizures can be triggered by a stimulus, such as an increase in body temperature due to a febrile infection or a warm bath. In most cases, the first epileptic seizure occurs between the 3rd and 6th month of life of the child. These often last longer than 20 minutes.

In the course of the disease, the forms of seizures alter. As the child grows older, the myoclonic seizures change to tonic-clonic or focal seizures, eye spasms or seizures of falling.

In most affected infants, brain-organic developmental disorders occur. Psychomotor and cognitive development typically slows down in the second year of life. Language development is also affected. In some cases, there is a loss of already acquired skills. In addition, other disorders such as hyperactivity, behavioural problems, depression or autism can also occur.

The probability of contracting Dravet syndrome is 1 in 20,000, and in most cases a genetic defect is the cause of the disease. In up to 80 percent of the affected infants the gene SCN1a is mutated. This gene provides the blueprint for a specific sodium channel in the brain. Due to the mutation, the gene no longer performs its function. As a result, the sodium channel can no longer perform its task in the body and information is no longer transmitted correctly between the nerve cells.

The treatment of Dravet syndrome is difficult because many of the young patients do not respond adequately to the antiepileptic drugs available. Even with drug therapy, doctors rarely achieve complete absence of seizures in this form of epilepsy.

In 2017 the US-American scientist Prof. Orrin Devinsky and other colleagues investigated the use of cannabidiol (CBD) in Dravet syndrome. The study shows: CBD can reduce and attenuate the epileptic seizures during the disease. [1]

120 children and adolescents aged 2 to 18 years participated in the study. They suffered therapy-resistant seizures more than four times a month, despite the use of medication. The randomized controlled trial was conducted at 23 centers in the USA and Europe.

The young patients received an oral preparation of cannabidiol at a dose of 20 mg/kg or a placebo in addition to their original therapy. In the children and adolescents who received CBD, there was a marked decrease in the frequency of attacks from 12.4 to 5.9 per month. In comparison, the seizures in the placebo group decreased on average only from 14.9 to 14.1.

CBD can reduce the frequency of epileptic seizures

In 43% of the study, participants who received CBD, the seizure frequency was reduced by at least 50%. In those receiving placebos, the reduction was only 27%. In addition, the researchers observed that the overall condition of 62% of CBD patients improved significantly. Moreover, 5% of the children and adolescents who received CBD even achieved complete freedom from seizures. This was not the case in the placebo group in any of the Dravet patients.

The side effects that were experienced more frequently in the cannabidiol group than in the placebo group were diarrhoea, vomiting, fatigue and fever. Elevated liver enzyme levels were also found. The researchers therefore concluded: ” Additional data are needed to determine the long-term efficacy and safety of cannabidiol for the Dravet syndrome “. [1]

Is CBD safe for long-term use in childhood epilepsy?

The research team led by Orrin Devinsky has invited patients from two Dravet Syndrome studies to participate in an open-label long-term study. The average treatment duration in this study was 274 days. The patients received CBD in oral form and their respective existing medications.

The published interim results [2] of the trial show that although almost all the people in the trial experienced adverse effects, these were mild. These were mainly diarrhoea (34.5%), fever (27.3%), reduced appetite (25.4%) and drowsiness (24.6%). Only 6.4% of patients stopped their treatment due to the side effects. 22 of the 128 patients who all took valproic acid showed elevated liver values.

Monthly seizure frequency was reduced by 38 % to 44% for seizures and 39% to 51% for convulsive attacks due to CBD. After 48 weeks of treatment, 85% of patients or caregivers reported an improvement in the overall condition of cannabis patients.

The authors of the study conclude that long-term treatment with CBD in treatment-resistant Dravet syndrome led to a sustained and significant reduction in epileptic seizures. At the same time, the safety profile is “acceptable”. [2]

In another study [3], the only issue was the safety of CBD use in children with Dravet syndrome. 6 of 34 patients developed elevated liver values when taking CBD. None of these children developed liver damage. According to the researchers, cannabidiol causes more side effects than a placebo, but it is generally well tolerated.

Can CBD prolong the lives of children with Dravet Syndrome?

Dravet syndrome is a severe form of epilepsy that reduces the life expectancy of affected young people. It is also associated with concomitant disorders such as anxiety, depression, autism and others. A recent study from 2020 investigated whether cannabidiol can reduce premature mortality and improve comorbidities. [4]

In the mouse model, the scientists proved that cannabidiol increased the survival rate of the animals. In addition, the substance improved the social behaviour and memory function of the mice. CBD reduced anxiety-like and depressive-like behavior.

The authors of the study conclude: “We are the first to demonstrate a possible disease-modifying effect of cannabidiol in animal models of Dravet syndrome. (…) These crucial findings can be transferred to human therapy to treat the behavioural comorbidities associated with Dravet syndrome”. [4]

In 2019, the EU approved the drug Epidyolex for the treatment of Dravet syndrome and Lennox-Gastaut syndrome, another severe form of epilepsy in children. The solution of highly purified CBD may be used as concomitant therapy for children aged two years and older. Epidyolex contains 100 milligrams of cannabidiol (CBD) per milliliter.

The cannabinoid-containing drug is available in all 28 countries of the European Union as well as in Norway, Iceland and Liechtenstein. In the USA, physicians have been using Epidiolex (note: spelling differs in the USA and Europe) since 2018. It was the first cannabis drug to be approved by the US Food and Drug Administration (FDA).