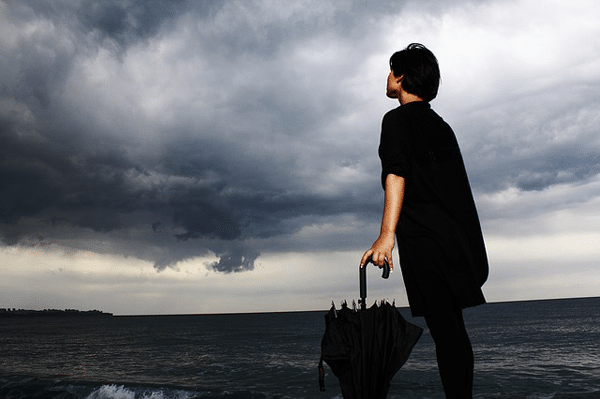 According to the WHO, depression is one of the most common mental illnesses. More than five million adult between 18 and 79 years of age suffer from a depressive disorder within one year (1). This number increases if children, adolescents, people over 79 years of age and people who do not seek medical treatment are included.

The treatment of depression usually requires a combination of different forms of therapy such as psychotherapy, drug therapy and therapeutic measures (e.g. exercise therapy). Medical cannabis could be a complementary therapeutic measure.

Depression: What happens in the brain?

Various studies indicate that different neurotransmitters are out of balance in depression. Neurotransmitters are messenger substances such as dopamine, noradrenaline, serotonin and gamma-aminobutyric acid. These often show reduced activity in patients.

In addition, the stress hormone cortisol also seems to play an important role in depressive illnesses (2). According to research, depression can cause cortisol levels to increase. This overactivity may be related to a complex system that connects the deeper parts of the brain to the adrenal gland. Due to genetic or biographical influences, this system could be altered in such a way that those affected react particularly intensely to emotional stress. As a result, there is increased cortisol secretion.

Usually, it is not possible to find an exact cause, as various factors determine the development of the illness. Often it is particularly stressful events in a person’s life that trigger a mental disorder. These include, among others:

In addition, physical illnesses, such as hormone disorders or severe cancer, can trigger depressive episodes. A genetic predisposition can also be responsible for the development of the disease.

There are different types of depression:

What symptoms can occur?

At the beginning of the disease, most patients cannot classify their complaints and report to their doctor about uncharacteristic symptoms such as:

A typical feature of the disease is that those affected feel unable to cope with everyday life and have to force themselves to do everything – even pleasant activities. As a result, they neglect their family, social contacts, job and everyday activities.

The international classification system ICD-10 lists depressed mood, joylessness, loss of interest, increased fatigue and lack of drive as the main symptoms. Frequent additional symptoms can be concentration/attention disorders, feelings of guilt and worthlessness, reduced self-esteem/self-confidence, negative ideas about the future, sleep disorders and lack of appetite as well as suicidal thoughts/actions.

Depressive patients suffer from at least two symptoms from both groups, although the severity can vary.

In addition, physical complaints can also accompany the illness, such as a feeling of pressure on the chest, breathing difficulties or non-specific pain.

The treatment of depressive disorders focuses on psychotherapeutic treatment. A frequently used psychotherapeutic method is cognitive behavioural therapy, in which those affected receive detailed information about the illness and learn appropriate coping strategies. Therapeutic measures such as movement therapy or occupational therapy can also help to alleviate depressive symptoms.

Depending on the severity of the mental illness, drug therapy is indicated. The first drugs of choice are antidepressants, which are supposed to have a mood-lifting, anxiety-relieving and calming effect. A distinction is made between the following antidepressants:

Side effects of antidepressants

Antidepressants can have undesirable side effects. The following side effects are particularly common:

Therapy with antidepressants: How effective are the drugs?

In this context, the meta-analysis by the British scientist Irving Kirsch is particularly interesting (3). The result states that the SSRIs studied did not have a better effect on mild depression than a placebo. Even in severe depression, there was only a small effect.

Researchers from Denmark, after evaluating 522 individual studies on the effectiveness of antidepressants, concluded that they worked significantly better than placebos (4). However, a re-evaluation of the same data showed the opposite result (5).

Due to the contradictory data from clinical studies, it is not yet possible to make a clear statement on the effectiveness of antidepressants.

Since the effectiveness of antidepressants is controversial and many depressed patients suffer from the side effects of the drugs, new drug treatment options are needed.

The endocannabinoid system is linked to the serotonin system. Thus, various studies suggest that a deficiency of endocannabinoids could be partly responsible for the development of depressive episodes. It would therefore theoretically be possible to compensate for this deficiency with the administration of cannabinoids.

However, the connections between cannabis and depression are much more complicated and despite numerous studies, no clear conclusions can be drawn from this as to whether the use of medicinal cannabis is indicated for depression.

According to various studies, especially in people with a long-term use of cannabis for recreational purposes, a therapy with medical cannabis in a depressive episode is not indicated. In one study, chronic cannabis use and depression were associated with changes in 5-HT receptors, so that depressive symptoms could worsen (6).

On the efficacy of cannabis as medicine, a study conducted at the Universidad de Cantabria is worth highlighting. The researchers investigated the potential spectrum of action of the two most important cannabinoids delta-9-tetrahydrocannabinol (THC) and cannabidiol (CBD) on depressive symptoms (7). In particular, the cannabinoid CBD showed the potential to be an effective drug, as the cannabinoid binds to the 5-HT1A receptors (serotonin receptors).

Researchers at the University of Rio de Janeiro in Brazil came to the same conclusion (8). They analysed numerous studies on animal models on the anxiety-relieving and antidepressant effect of CBD and concluded that CBD showed a positive effect. The researchers attributed this to a non-activation of the cannabinoid receptors CB1 and CB2 as well as to an interaction with the 5-HT1A receptors.

In low doses, the psychoactive cannabinoid THC also seems to be able to develop an antidepressant effect. One study found that low doses of THC increased serotonin levels. In a higher dose, however, it reduced it (9). The researchers attributed this result to the fact that THC has a two-phase effect pattern. Thus, the cannabinoid can have opposite effects in low and high doses.

There are many different therapeutic measures and medications available for the treatment of depressive episodes, which are effective for the majority of those affected. Psychotherapeutic treatment should always come first. In severe cases, additional medication may be indicated. If these available classical therapies are not sufficient, cannabis as medicine could be a therapeutic option.