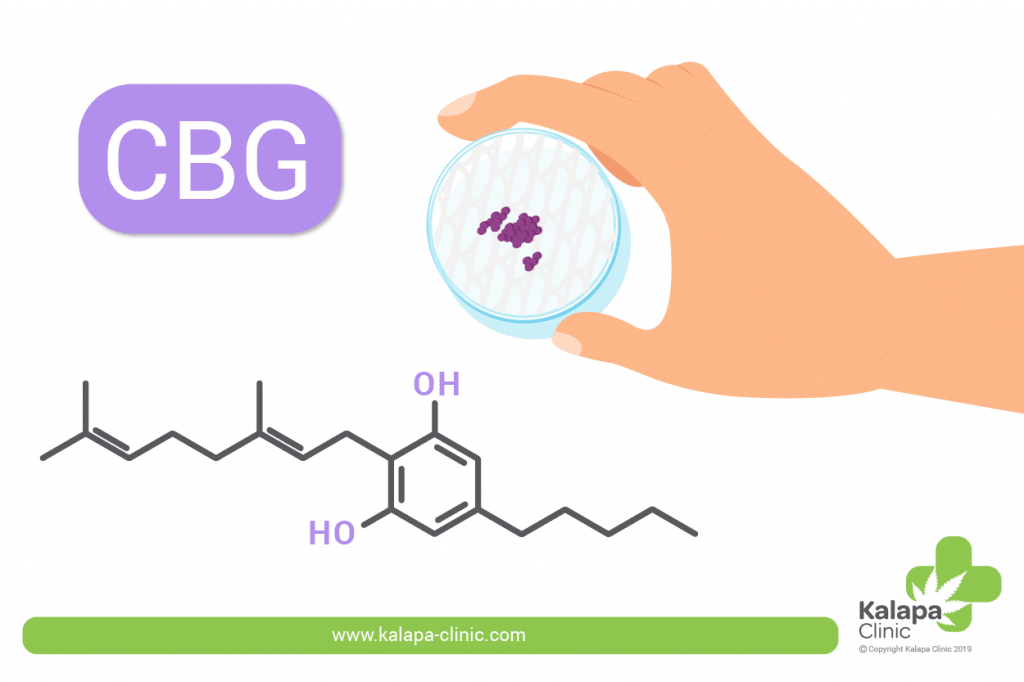 It is well known that antibiotic resistance is a priority health concern worldwide. A search for alternative therapies is necessary, but could the search be finally over?  A recent study has revealed the antibiotic potential from cannabigerol (CBG).

Antimicrobial-resistant organisms have spread all over the world and has sometimes even become fatal. The World Health Organisation (WHO) listed Staphylococcus aureus (MRSA) as one of the most problematic bacterium as it is resistant to all known B-lactam antibiotics.

Can cannabis be used as antibiotics?

There has already been multitudes of studies regarding the efficacy of cannabis in the treatments for epilepsy, Parkinson disease, analgesia, multiple sclerosis, Tourette’s syndrome, and other neurological diseases. However, there has been minimal and insufficient research on cannabis antibacterial properties… until today.

In this study, cannabinoids demonstrated its antibacterial property by preventing MRSA from forming biofilms and even eradicate performed biofilms. Biofilms allow the bacterium to be sheltered from harmful environment such as antibiotics. Overall, cannabigerol is the main cannabinoid in question as it has showed major efficacy above other cannabinoids, such as THC or CBD, on gram-positive and gram-negative bacteria.

Therefore, the probability of cannabis being able to be used as an antibiotic is remarkable.

The gram-positive bacteria MRSA contains a highly structured biofilm formation (outer layer) and is considered a significant harmful factor influencing its persistence in both the environment and the host organism. These are typically associated with increased resistance to antimicrobial compounds and are normally less susceptible to host immune factors.

In the study, five major cannabinoids (CBC, CBD, CBG, CBN and THC) repressed MRSA biofilm formation which correlated with antibacterial activity, in which CBG exhibited the most potent antibiofilm activity.

Another challenge in treating MRSA infections is the formation of nongrowing, dormant “persister” subpopulations that exhibit high levels of tolerance to antibiotics. Once again, CBG was the most potent cannabinoid against persisters, whereas oxacillin and vancomycin, traditional antibiotics, were ineffective at concentrations that otherwise kill actively dividing cells. Amazingly, CBG eradicated a population of MRSA persisters to below the detection threshold within 30 min of treatment.

CBG is also a non-psychotropic and non-sedative which is a component in medicine that is of high therapeutic interest.

Overall, the experiment showcased CBG’s ability to repress biofilm formation, eradicate performed biofilms and eradicate persister cells. The results are favoured against conventional antibiotics for these multidrug resistant strains as they suggested very low rates of resistance for CBG, a highly desirable property for an antibiotic.

CBG has also shown to be effective against gram negative organisms as the outer membrane is permeabilised (as opposed to the biofilm on gram positive bacterium) where CBG can act on the inner membrane.

The study has demonstrated that CBG, in combination with polymyxin B, a traditional antibiotic for gram negative infections, inhibited the growth of priority Gram-negative pathogens such as A. baumannii, E. coli, Klebsiella pneumoniae, and Pseudomonas aeruginosa. They also proved that synergy was evident, suggesting the potential for combination therapy of the cannabinoids with polymyxin B against Gram-negative bacteria.

Other effects of CBG

In previous studies on the effects of CBG, there have already been several findings on its viability. A few of these studies include its effects on Intraocular Pressure (IOP), which can treat Glaucoma, as well as its effects on Huntington’s disease.

In a study amongst a variety of species including rabbits, dogs, monkey and man, THC lowered Intraocular Pressure (IOP) in the cat, which is a useful quality in treating glaucoma. In other species, the reduction of IOP was small in magnitude, and a prominent contralateral effect was observed. CBG given acutely likewise produced only a modest reduction of IOP. CBG can also be seen as a potential cannabinoid that lowers IOP without producing psycho-activity, like THC.

Regardless, both THC and CBG exerted similar effects in the cat. Neither cannabinoid altered the rate of formation of aqueous humour within the eye during chronic treatment. The aqueous humour is a transparent watery fluid similar to plasma, but containing low protein concentrations, secreted from the ciliary epithelium, a structure supporting the lens. Both THC and CBG did, however, increase gross aqueous outflow facility two to three-fold.

As the majority of the drugs available for the treatment of glaucoma act by suppressing aqueous humour formation, and in combination can theoretically totally suppress formation of new aqueous humour. Therefore, CBG appears to be relatively promising as an anti-glaucoma agent that acts instead by increasing fluid drainage from the eye.

Overall, CBG positively appears to be a potential cannabinoid which lowers IOP without producing psycho-activity.[2]

Huntington’s disease is an inherited neurodegenerative disorder characterized by motor abnormalities, cognitive dysfunction, and psychiatric symptoms. The main cause of the disease is a mutation in the huntingtin gene, which consists of a CAG triplet repeat expansion translated into an abnormal polyglutamine tract in the amino-terminal portion of this protein that becomes toxic for striatal and cortical neuronal subpopulations.

In a study in mice models developed to study Huntington’s disease, CBG seems to have a promising neuroprotective profile for the treatment of Huntington’s disease. This has already been investigated with other phytocannabinoids separately or in combination. However, CBG appears to be particularly active against the mitochondrial dysfunction, calpain activation and oxidative injury caused.

It was also active in the mice models, but with only moderate effect, so it is possible that it needs to be combined with another phytocannabinoid to enhance its therapeutic effects.[3]

This reveals the hidden antibiotic potential in cannabis. All of the findings show that cannabinoids are promising leads for antibacterial development that warrant further study and optimization. It even shows its usefulness for other diseases. However, more research should be dedicated to these findings in order to combat antibiotic resistance.

[2] COLASANTI, B. K. (1990). A Comparison of the Ocular and Central Effects of Δ9-Tetrahydrocannabinol and Cannabigerol. Journal of Ocular Pharmacology and Therapeutics, 6(4), 259–269.