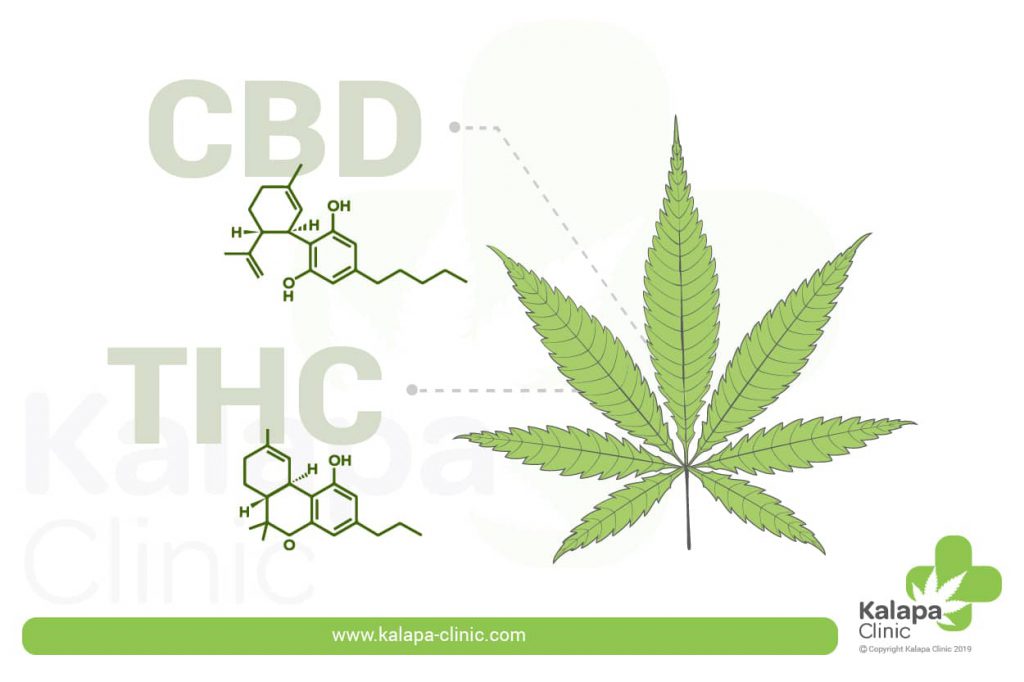 I remember when I first entered the world of medical cannabis. I could barely pronounce the word cannabinoid, let alone know the difference between two of its main constituents, tetrahydrocannabinol (THC) and cannabidiol (CBD). But if one is to have a good chance of enjoying the therapeutic benefits of the cannabis plant, it’s important to understand not only how THC and CBD differ, but also how these cannabinoids often complement each other.

Cannabis and cannabinoids are complex

If you thought cannabis was a simple plant that just gets people high, it’s time to think again. It is in fact a complex interplay of active molecules that together create some extremely therapeutic effects in the body.

Top of the list are a group of organic molecules called cannabinoids which are only found in the cannabis plant. The first cannabinoid, cannabinol, was isolated in the 19th century, elucidated in the 1930s by RS Cahn, and synthesized in the lab by Roger Adams in the 1940s.

THC was first extracted from cannabis by Wollner, Matchett, Levine and Loewe. Both CBD and THC’s structures were elucidated by Israeli cannabinoid research pioneer, Raphael Mechoulam in 1963 and 1964 respectively.

These days scientists believe there to be 144 cannabinoids, although it’s quite likely this number will increase. Joining the cannabinoids are more than 120 terpenes giving the plant its distinctive aroma, and about 20 different flavonoids responsible for the colour, many of which have therapeutic benefits in their own rights.

Most people associate cannabis with getting high. That’s why in early research scientists focussed their attention on understanding which compounds in the plant cause this psychoactive effect. With the discovery of THC, they had their answer. Now it was just a matter of understanding why THC affects humans this way.

In the mid 1980s, researchers discovered a class of receptors in our brains and central nervous system naming them CB1 endocannabinoid receptors. By partially binding with these receptors, THC was found to cause the effects associated with smoking cannabis (disorientation/confusion, increased appetite, motor control difficulty, and loss of short term memory).

In fact, in one now infamous experiment, a young Raphael Mechoulam gave 5 friends at a party slices of cake dosed with the exact same amount of THC (10mg). He watched with interest as one recipient didn’t reel high but couldn’t stop talking, Mechoulam’s wife felt quite ‘dreamy’, and one friend had an anxiety attack. It was clear then that THC’s psychoactivity affects people in different ways, something commonly experienced by recreational users and medical cannabis patients alike.

Since the discovery of CB1 receptors, another class (CB2) has been recognised in immune cells, with which THC also partially binds. Activating CB2 receptors tends to have an anti-inflammatory effect.

Because cannabis has been classified as a schedule 1 substance with no medical benefit and liable for abuse, much scientific research has been dedicated to studying its dangers such as a risk of psychosis. However, this is doing THC and cannabis a huge disservice as the compound appears to help symptoms for a host of seemingly unrelated conditions.

(e.g. anandamide and 2-AG), plus the enzymes responsible for their degradation. The ECS has been termed a homeostatic regulator, meaning it brings balance across all systems and functions in the body. This could explain why patients using cannabis containing THC find relief for conditions as varied as glaucoma, neurodegenerative diseases, pain, spasticity, motor control and mood disorders.

The first two synthetic THC based drugs (Marinol and Nabilone) on the market have been approved to treat chemo-induced intractable nausea and vomiting and cachexia (extreme weight loss), again due to cancer or diseases such as HIV/AIDS. These synthetic THC drugs alone are not well tolerated due to their psychoactive effect, and most patients find greater relief taking THC dominant strains, rather than the purified cannabinoid.

In the past 5 years, CBD (Cannabidiol) has gone from a barely talked about cannabis compound to the health buzz word of the moment. Non-intoxicating in nature, CBD’s first moment in the scientific limelight came back in 1980, again in the labs of Raphael Mechoulam. He gave CBD to 8 patients with epilepsy for up to 4 ½ months. 4 of the patients experienced almost no seizures during the trial and 3 others significant improvement. Despite the promising results, it took another 25 years for these studies in patients to be followed up.

However, one key moment in medical cannabis history changed the course of CBD history forever. A small girl called Charlotte Figi with the rare epileptic condition, Dravet Syndrome, was featured in the CNN documentary Weed. Suffering hundreds of seizures a week, Charlotte did not respond to conventional anti-seizure medication, and had been left severely brain damaged by the aggressive seizures she suffered. With nothing to lose, her parents gave Charlotte a CBD rich cannabis extract containing only trace levels of THC. And in what seemed like a medical miracle, her seizures dramatically reduced. When the world saw Charlotte’s story, desperate parents of children with intractable epilepsy followed her example, also giving their children CBD oil. These positive anecdotal reports for CBD’s anticonvulsant effects have since been backed up in the lab, with GW Pharmaceuticals recently gaining FDA and EMA approval for its purified CBD oral solution in children with drug resistant Dravet and Lennox-Gestaut Syndromes).

But how does CBD work? Scientists describe CBD as a ‘promiscuous’ compound because it activates multiple classes of receptors. This includes the 5-HT1A (hydroxytryptamine) serotonin receptors potentially explaining its overall anti-anxiety effect, TRPV1 receptors which can influence pain perception, and PPARs (peroxisome proliferator activated receptors) which on activation can have an antiproliferative and apoptotic effect in certain cancer cells.

Interestingly, CBD has very poor binding affinity with the two main endocannabinoid receptors. However, administering CBD is thought to cause an increase in anandamide levels, although the exact mechanism is still unclear. It is suggested by inhibiting the enzyme (fatty acid amide hydrolase) responsible for breaking anandamide down in the body, CBD may indirectly strengthen what’s known as endocannabinoid tone, which is of potential therapeutic benefit for conditions related to endocannabinoid deficiency such as migraines, IBS and fibromyalgia.

As well as being non-intoxicating, CBD does not run any risk of addiction and is well tolerated with relatively few side effects, something recognised by the WHO in its recent report.

THC and CBD – Shared Therapeutic Benefits between these cannabinoids

Cannabinoids as anticancer drugs is one of the most exciting areas of medical cannabis research. Thanks to some pioneering work coming out of the labs of Manuel Guzman and Cristina Sanchez at the Complutense University in Madrid, we now know that THC shows promising anti-tumoral activity in human glioma cells. By activating CB1 receptors on cancer cells, THC increases ceramide levels, inducing cancer cell death, otherwise known as apoptosis.

CBD on the other hand has been found to have anti-metastatic effects in breast cancer by inhibiting the Id-1 gene expression,  Administering CBD has also been seen to reduce tumour growth by cutting off its blood supply.

A current line of research is examining the therapeutic potential of combining THC and CBD as a multi-pronged anticancer drug. Not only does CBD lessen the psychoactivity caused by THC, broadening the therapeutic window, studies suggest that using THC and CBD together potentiates the overall antitumoral effect. GW Pharma has conducted a yet unpublished Phase I/II Trial using Sativex (1:1 THC/CBD) in patients with glioblastoma alongside their standard chemotherapy treatment with promising results.

THC and CBD are also both considered neuroprotective, thanks to their shared anti-inflammatory and antioxidant actions. As a result, both cannabinoids are being investigated for neurodegenerative diseases like parkinson’s and alzheimer’s, both in terms of ameliorating their symptoms and potentially slowing the diseases themselves.

Understanding the nuances of THC/CBD combinations is something only the most experienced medical cannabis doctors understand, and even then it’s not an exact science. We all react differently to cannabis, so the following should only be taken as guidance. Patients are encouraged to listen to their bodies, watching for any signs of unwanted side effects which should be reported to the prescribing doctor (if you are lucky enough to have one). For this guide, we are using THC/CBD ratios used by a leading European producer of medical cannabis oils.

Scientists are gaining new insights into how THC, CBD, and other key compounds in cannabis affect our bodies, palliating the symptoms of many illnesses. If you are considering using medical cannabis, it is always advisable to seek advice from an experienced medical cannabis clinician in order to find the right cannabinoid combination and dosage for you.