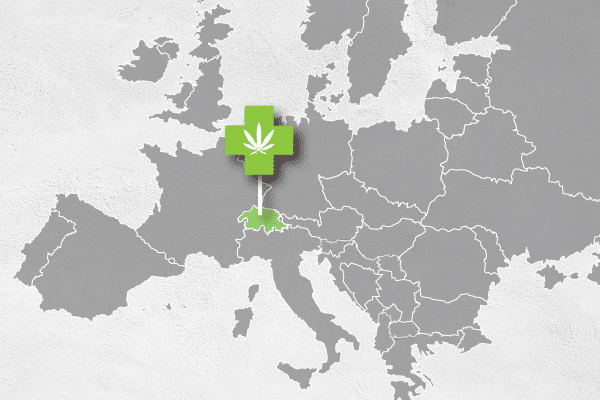 In 2011, in Switzerland, the revision of the Federal Law on Narcotic Drugs and Psychotropic Substances (Narcotics Law) allowed the Federal Office of Public Health (FOPH) to grant exceptional licenses for the restricted medical use of some substances which, until then, were considered forbidden. Included within these substances was, thus allowing the medical cannabis consumption in Switzerland.

Little is known about patients treated with cannabinoids. That is why, recently, Swiss Medical Weekly published a study aimed at studying the medical uses of cannabinoids consumed by patients who were part of the exceptional licensing program for medical use of cannabis issued By the FOPH at 2013 and 2014.

The majority of the 1193 patients of this period were women (57%), of an average age of 57 years. Most patients presented neurological conditions (49%), musculoskeletal (25%) or cancer diagnoses (10%). The most common indications for treatment with THC were chronic pain (49%) and spasticity (40%). Diseases of the nervous system and spasticity were more common in men, while musculoskeletal conditions and chronic pain were more common in women. Multiple sclerosis was the most common diagnosis (257 patients, 22%).

In most cases, licenses for medicinal cannabis use were initially granted for six months. Physicians requested extensions when the effect of treatment had been satisfactory in their evaluation. The number of extensions increased from 143 of the 542 patients in 2013 (26.4%) to 324 of 825 patients in 2014 (39.3%). Unfortunately, there is no information available in the FOPH records about whether treatment with cannabinoids cured the disease or alleviated the symptoms of patients who did not request extensions and stopped treatment.

The medical use of cannabinoids through special licenses increased substantially in Switzerland during the 2 year study period, and involved patients with 78 different conditions.

According to the results, prescriptions for neurological and musculoskeletal conditions were predominant, followed by various types of cancer. The study also indicates that more women were looking for a cannabinoid treatment than men. As for physicians, more than half of those who prescribed cannabinoids were specialized in internal medicine, followed by neurology.

Although this study is the first of its kind in Switzerland, its results are very limited, since the data does not include information on smoking, treatment, licensing information on concomitant drugs, diagnosis or patient history.

These limitations highlight the need for further research on medicinal cannabis. As more states and countries are legalising the recreational and medical use of cannabis, the number of special licenses for medical cannabinoids continues to increase in Switzerland.