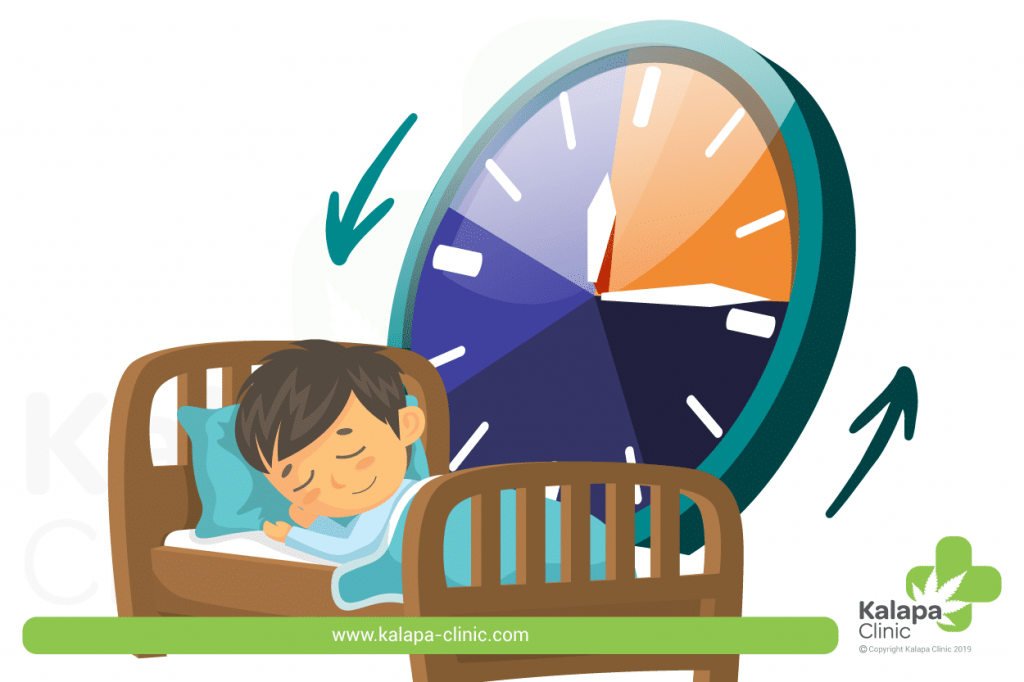 Cannabis, which is one of the oldest vegetable sources of food and textile fibres, has been an integral part of the culture of many ancient civilizations[1]. Also used for its therapeutic properties for thousands of years, this plant has attracted the attention of the scientific community, which has multiplied its research in recent decades to study its functionality and potential health effects. Today we want to talk about the effect of medical cannabis on sleep cycles.

Nowadays, cannabinoid-based treatments are real alternatives to traditional medical treatments to relieve various pathologies such as epilepsy, depression, pain and even sleep disorders. Since -the 2000s, research on sleep and cannabis have been conducted after discovering its therapeutic potential. However, it is still difficult to assess its effects on sleep because many factors must be taken into account, such as the type of cannabinoids (THC/CBD), the frequency of consumption (regular or  occasional), the form of administration (oral or spray) and the dosage[2].

The objective of this article is to study the effects of cannabis and its components on sleep cycles.

During sleep, the human body goes through different stages. This is called the sleep cycle.  A cycle lasts on average 90 minutes and is repeated between 4 to 6 times per night. It is divided into two main phases, non-REM (Non-Rapid Eye Movement) and REM (Rapid Eye Movement) sleep. As the night progresses, the duration of non-REM sleep stages decreases while that of REM sleep phases increases[3].

Stage I. “Wakefulness-sleep”. This first stage generally lasts 5 minutes corresponding to the transition phase between awakening and light sleep.  This is the lightest phase of sleep where individuals are still aware of the environment and waking up can occur very easily. The body prepares to fall asleep, the muscles relax and sometimes twitch, breathing becomes more regular, eye movements and brain activity slow down.

The electroencephalogram (EEG), which measures the electrical activity of the brain, has made it possible to study the different waves released by the brain during sleep. Each type of wave reflects a physiological state.  During phase I, alpha waves (light relaxation) gradually gives way to theta waves that have lower frequencies and amplitudes and characterize a state of deep relaxation.

Stage II. “Light sleep”. In the second stage, which lasts about 25 minutes, sleep is light but waking up is less frequent than in the first stage. The body continues to relax gradually with a decrease in body temperature, eye movements and brain activity. The delta waves that correspond to a state of deep sleep begin to occur.

Stage III/IV. “Deep sleep”. The third stage (stage III) and the fourth stage (stage IV) which are very similar, correspond to deep sleep. They are characterized by waves with low frequency and high amplitude (delta waves).

This is the most restorative part of sleep for the body (feeling refreshed in the morning) and it is very difficult to wake a person in this phase. When a person is awakened during this phase, he or she will have a period of “fog” where his or her mental performance will be impaired for 30 to 60 minutes. The older you get, the shorter this step lasts.

REM sleep/Stage V “Dreaming”. The fifth phase of the sleep cycle is often associated with the dream phase. Its name, Rapid Eye Movement (REM), refers to the acceleration of eye movements under the eyelid during this stage. This sleep is called “paradoxical” because during this phase, the brain acts somewhat awake.  There is more intense brain activity than in previous phases, irregular breathing and, as mentioned above, very rapid eye movements. However, the muscles of the body are still in a state of paralysis that prevents an individual from “acting out” their nightmares or dreams while sleeping.

This tonic immobility (death-feigning) during REM might evolve into a primordial defence reflex against an attacking predator. Most people who wake up during this phase remember their dreams. This phase lasts on average 10 minutes for the first cycle, then they continue to lengthen throughout the night so that the last one lasts up to one hour[4] [5]. REM sleep may have an important role in some types of memories such as spatial, procedural and emotional[6].

Effects of THC on sleep

Studies conducted to understand the effects of tetrahydrocannabinol (THC) on sleep have shown that in low doses, THC has a slight sedative effect increasing the total sleep duration, with a reduction in REM and sleep onset latency (the time between it takes to accomplish the transition from full wakefulness to sleep; Non-REM sleep stage I).

Effects of CBD on sleep

The research on Cannabidiol (CBD), a non-toxic and non-addictive cannabinoid, has shown a more sustained response to anxiety rather than for sleep per se.[8]

Effects of co-administration of CBD and THC on sleep

The results of another study suggest that the effects of the combination of the two cannabinoids on sleep would depend largely on the dosage and the CBD: THC ratio.

Indeed, co-administration (oromucosal spray) of both cannabinoids (5mg THC and 5mg CBD to 15 mg THC and 15 mg CBD) reduce stage 3 of the sleep cycle, and with a higher combination, wakefulness was increased. When THC and CBD were administered separately, 15 mg THC acts as a sedative, while 15 mg CBD appears to have alerting properties as awake activity during sleep was increased and the sedative properties of THC was lost.[9]

Today, research that have studied the impact of medical cannabis on sleep cycles has shown that THC as a good alternative for improving sleep stages, however, many factors such as dosage, mode of administration and more, should be taken into account to achieve a more positive and accurate result. Further research will be needed in the coming years to finally unveil the molecular mechanisms of sleep cycles.