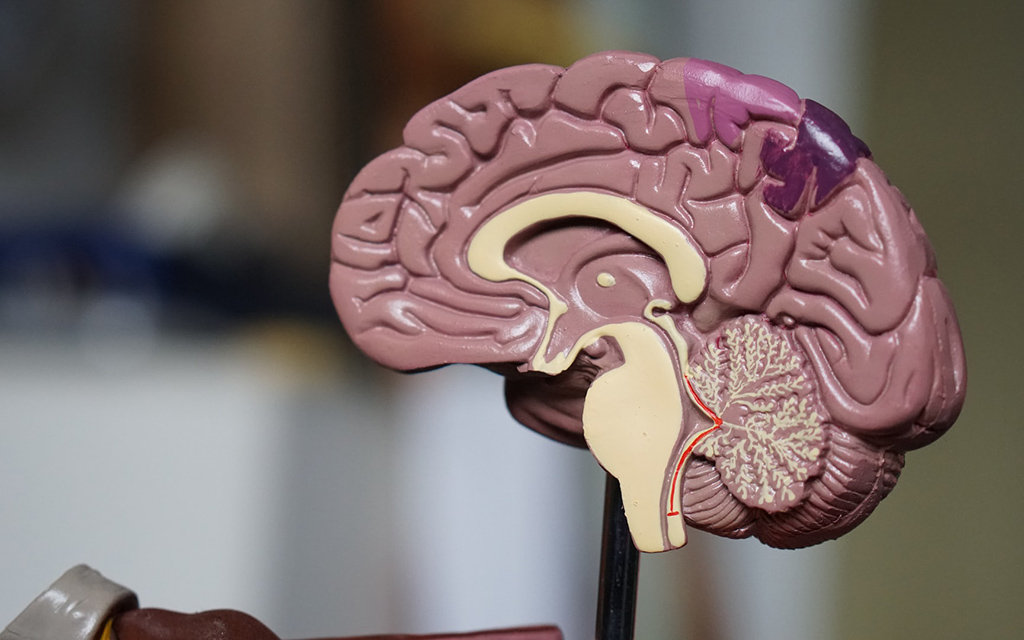 The disease hypoxic-ischemic encephalopathy (HIE) is a damage to the brain due to a lack of oxygen and blood flow. It occurs as a result of a lack of oxygen (asphyxia) and the resulting reduced blood flow to the nervous tissue during birth. In industrialized countries the incidence is estimated at 0.5 to 6 percent live births.

Several factors can increase the risk of newborns suffering brain damage from oxygen deprivation. These include complications before birth such as rupture of the uterus or umbilical cord and placental abruption.

There is another risk factor if the heartbeat of the unborn baby slows down as there is a risk of oxygen deficiency. If there is a significant increase in lactate (a metabolic product in the blood of the unborn child), it already indicates a lack of oxygen in the body cells.

Modulation of the endocannabinoid system

Perinatal brain injury might be caused by various damaging events such as asphyxia or stroke-induced focal ischemia during or shortly after birth. Characteristic manifestations of these diseases are the occurrence of oxidative stress, glutamate excitotoxicity and inflammation of nervous tissue (neuroinflammation). This combination may lead to long-lasting functional impairment, brain lesion formation and apoptotic necrotic cell death.

Treatment options for affected newborns are very limited. There is a high demand for new therapeutic options aimed at preventing brain damage. The endocannabinoid system could play an important role as it is involved in the control of many central and peripheral functions. Regarding to this the modulation of the endocannabinoid system has been shown to be effective in neuroprotection (protection of neurons by pharmacological methods) in various studies, mainly in animal models.

Spanish researchers from the Complutense University of Madrid state that the beneficial role of the endocannabinoid system has also been shown in studies to control neurogenesis (formation of neurons during the embryonic period) and recovery of brain white matter in neonatal brain injury (1).

CBD and hypothermia in HIE

Several studies have already provided evidence that cannabidiol (CBD) may have a beneficial effect on the brain (3). Spanish researchers from the Instituto de Investigación Sanitaria San Carlos (IdISSC) in Madrid investigated therefore the efficacy of the combination of hypothermia and CBD in newborn hypoxic-ischemic piglets (4).

In conclusion the researchers state that the hypoxic-ischemia-induced increases in various values were not reversed by either hypothermia or CBD alone, but were reversed by the combination of the two therapies.

The Department of Neonatology in Madrid investigated the relevant therapeutic time window for the effect of CBD in a mouse model of neonatal brain injury (5).

The fact that the endocannabinoid system plays an important role in various processes (including the brain) and can be modulated by cannabinoids such as cannabidiol (CBD) has been proven by numerous studies. Much more research is needed to better understand CBD’s mechanisms of action against brain damage in neonates. The studies show positive results, from which no therapy recommendation can yet be derived.