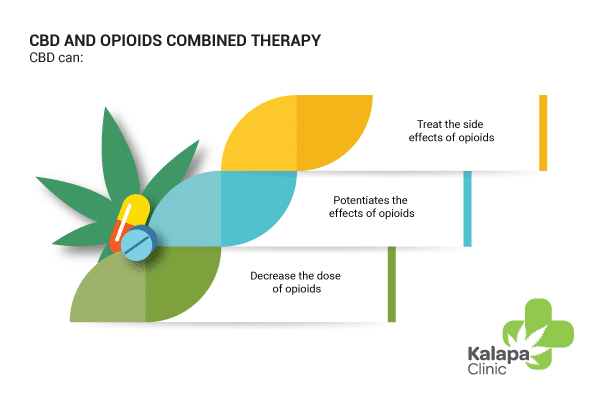 The most common and conventional painkillers that are prescribed worldwide are Opioids. They can act over four types of endogenous receptors in our body called mu (μ), delta (∂) y kappa (k). In general Opioids are a safe and effective way of reliving pain if used only in short periods of time. As opioids produce euphoria as well as pain relief they have an high addictive potential which can make the users dependent on them. There are many negative side affects to long term exposure of opioids such as nausea and vomiting, constipation and liver damage and in the cases of long term opioid abuse they can even lead to death.

Is there an alternative to opioids?

Due to the side affects, and the fact that there is an inadequate relief of current approaches for individuals harbouring a number of debilitating chronic diseases or symptoms (Madras, 2015), people have been searching for an alternative drugs that can be taken over long periods of time. In recent years researchers have found that Cannabidiol (CBD) could be a valid and affective alternative to Opioid use.

CBD is a non-psychoactive component and the second most prominent cannabinoid found in the marijuana plant. Once CBD is ingested it interacts with your endocannabinoid system (ECS),  a network of cannabinoid receptors that spans the entire human body modulating appetite, mood, memory and pain resistance.

CBD is a pleiotropic drug (Castillo et al, 2010) which means it has many effects on lots of different molecular pathways. If CBD is ingested at a high enough concentration it activates the 5-HT1A (hydroxytryptamine) serotonin receptor which results in an anti-depressant effect. This receptor participates in many biological and neurological processes such as anxiety, addiction, appetite, pain perception and much more.

What can be done?

Cannabidiol has become such a popular alternative that pharmaceutical companies have created medication and pills that are chemically similar to CBD however it is not available to everyone and it is expensive.

The concomitant use of CBD together with Opioids can create an effect of synergy which can allow a reduction (in some cases even a replacement) of the prescribed opioid dose.

More research needs to be carried out to evaluate the long term side affects of taking CBD, but what is known is promising.