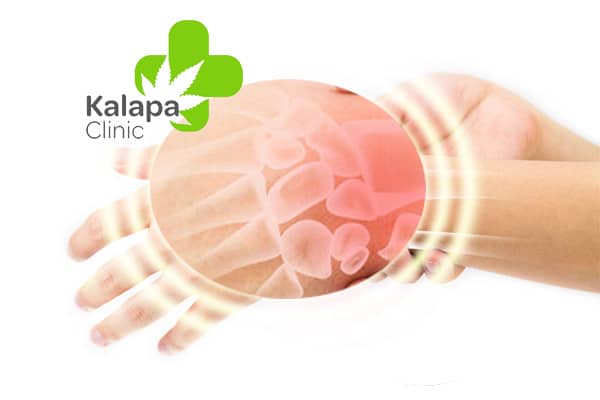 Cannabis has been used for centuries for many different conditions. For years researchers have studied its therauetic potential for diseases such as Parkinson’s, cancer and multiple sclerosis, among many others. This has been made possible by the fact that many countries have changed their legislation to be in favour of medicinal cannabis, thus enabling them to investigate it’s effectiveness in new feilds, such as using it to cure bone fractures.

A recent study from the University of Tel Aviv began research into how medicinal cannabis can be effective in curing bone fractures. The study was conducted on the basis of three experiments. In the first, THC or CBD was injected into rats with fractured femurs. The second analyzed the effects of a mixture of equal amounts of CBD and THC on a bony callus (a natural bridge of tissue created by the bone while a fracture is healing). Finally, the third experiment tested the effects of THC and CBD on the expression of enzyme Iysyl hydroxylase of osteblasts (cells that build bones) that catalyzes the cross bonding of collagen (bone healing).

After obtaining the results of the first two experiments, the researchers then observed bone mineralization. For the third experiment, osteoblasts from newborn mice were cultivated and the level of abundance of the enzyme lysyl hydroxylase was analyzed. The results of all three studies were promosing with regards to curing bone fractures with medicinal cannabis. The fact is that in the the first experiment were the rats were administered THC or CBD, they all showed great improvement between 6 and 8 weeks later.

With respect to the second group, which was given a controlled substance, they showed no increase in the size of the bony callus, which demonstrates that the endocannabinoid system and its receptors can improve bone healing when stimulated. Also in the first experiment, the researchers observed a huge improvement in the mechanical properties of the rats and the strength of their bones.

Another interesting discovery was that CBD is much more effective on its own in the healing process of a bone fracture. Often, a combination of CBD and THC has a greater effect when it comes to multiple conditions. In this case it was found that CBD is more effective without THC and could stimulate the endocannabinoid receptors in sufficiant ways. This is a very interesting discovery because CBD has no psychoactive properties or side effects.

The results of the thrid experiment were also very promising. The researchers found that CBD could increase the levels of lysyl hydroxylase in the mRNA, which is involved in the formation of bridges across bone fractures. Therefore it was demonstrated how much cannabis can influence the whole body and how it has positive medical effects.

These studies and their results on the effect of cannabis on curing bone fractures show there is a need for more research on cannabinoids and medicial cannabis. They could provide more effective treatments and medications for many other conditions.