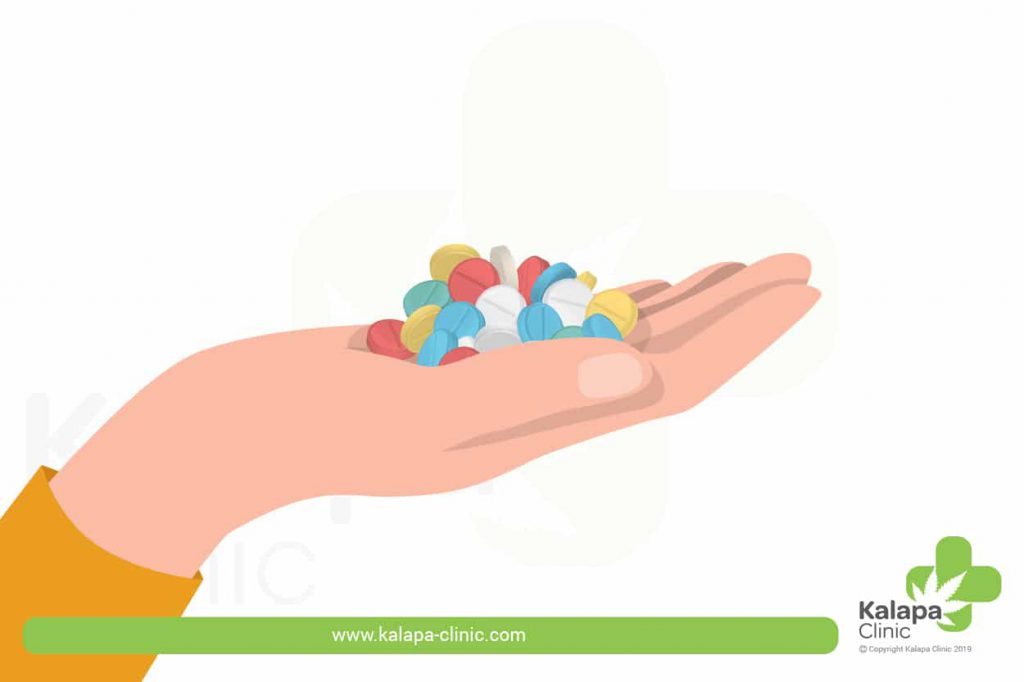 Bacteria are single-celled organisms. Some are naturally present inside the body and contribute to its functionality. Antibiotics are drugs which are meant to fight bacterial infections. However, bacteria can develop resistance to the drug designed to kill them: this is called antibiotic resistance and it represents a serious issue, as illnesses that used to be easily treatable with first generation antibiotics become untreatable, increasing risks of infection.

MVs are involved in various biological process such as virulence and toxin dissemination, horizontal gene transfer, export of cellular metabolites and cell-to-cell communication. They also protect the bacterial population from certain antibiotics. Finally, MVs also have immunomodulatory activities, which has raised the interest of research communities as they could carry various compounds which can be used as vaccines or anticancer drugs.[2]

The immunoregulatory effect of cannabinoids during bacterial infection

The endocannabinoid system (ECS) is a biological signalling system. It is composed of neurotransmitters, called endocannabinoids, that bind to cannabinoid receptors. ECS has been proven to regulate the immune system as cannabinoids receptors are present in immune cells.

ECS is not only activated by endocannabinoids when necessary, but also by other cannabinoids such as phytocannabinois (found in the marijuana plant). As they impact the ECS, cannabinoids have an immunoregulatory role in infectious diseases and has a strong-bacterial activity even against some antibiotic resistant strains.[3]

Among those phytocannabinoids, cannabidiol (CBD) has become particularly interesting. CBD is known for its ant-inflammatory, anti–oxidant and anti-cancer properties. A previous study suggests that anti-cancer effects of CBD may be partly due to the inhibiting effects on exosome and microvesicles (MVs) biogenesis (release in cancer), which are lipid bilayer-enclosed structures, generated by cells and involved in cellular communication through transfer of genetic material and proteins.[4]

In September 2019, a new study aimed at establishing whether similar putative MV modulatory effects of CBD could be utilized to sensitize bacteria to antibiotics.

“Cannabidiol Is a Novel Modulator of Bacterial Membrane Vesicles”

Through in vitro analysis, the study aimed at evaluating the potential effects of CBD on the release of membrane vesicles (MVs) from bacteria, the MV profile and the anti-bacterial effects of CBD treatments associated with different antibiotics.

Two bacteria were used for culture: Escherichia coli (Gram-negative bacteria) and Staphylococcus aureus (Gram-positive bacteria). A culture of each was used for control and other ones were CBD-treated. Two doses were used: 1µM and 5µM.

First, CBD significantly decreased MV release in E. coli (Gram-negative) but it had negligible effects on MV release in S. aureus (Gram-positive). The 1µM CBD dose had a stronger MV inhibitory effect in E. coli than the higher 5µM dose. This can be accounted for by the biphasic effect of CBD.

Second, at the 1µM concentration, CBD significantly increased the number of 500nm MVs released in E. coli. This was negligible in control-treated bacteria and in 5µM CBD-treated bacteria. This change is important as recent research recognizes the importance of MV size for cellular entry and uptake as well as the existence of MV sub-population.

Further studies are needed here to understand not only why and how CBD affects the formation and the release of MVs but also how it acts as an anti-bacterial agent.  However, change in proteomic profile could be a lead. Indeed, the experiment highlights that protein composition of MVs from non-treated E. coli differ from the protein composition of MVs of CBD-treated E. coli (five proteins were absent). Here, proteins that were identified, were related to metabolic process, cellular respiration and antibiotic functions.

Finally, treatments only with antibiotics and treatments with antibiotics combined with CBD were applied.  E. coli (gram negative) was much more sensitive to a combinatory application of CBD with erythromycin, vancomycin, rifampicin and kanamycin but not at all to colistin. In the case of S. aureus (gram positive) CBD and kanamycin was the only efficient combination. The difference in the efficiency of the various combinations can be explained by the different mode of actions of the antibiotics that were used. The reduced sensibility of Gram-positive bacteria to CBD and antibiotics combination compared to Gram-negative bacteria is consistent with the negligible effect of CBD on MV release on Gram-positive bacteria. This shows more generally that MVs have a bigger role in antibiotic resistance. MVs have been shown to absorb antimicrobial agents. Consequently, inhibiting MV release from specific bacteria though CBD treatment and matching it with antibiotics could help address antibiotic resistance.[5]

In conclusion, CBD inhibitory effect on bacterial membrane vesicles could enhance their sensitivity to antibiotics, especially for gram negative strain. Using CBD in combination with specific anti-biotics, is then a potential solution to reduce antibiotic resistance. Yet, deeper studies are needed to understand more precisely CBD’s mechanism of action.