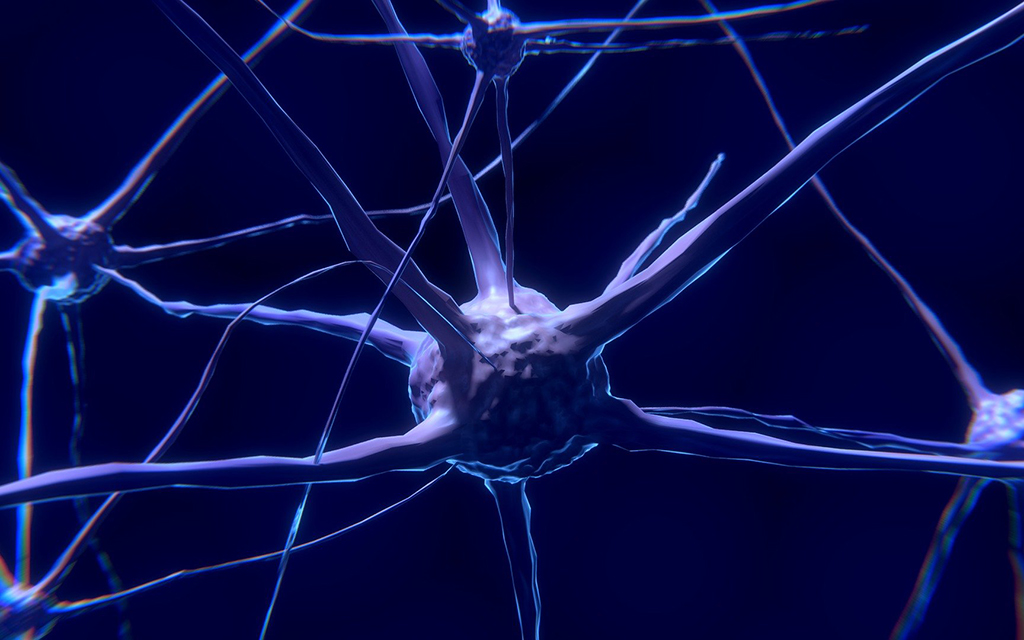 The neurodegenerative disease Chorea Huntington is relatively rare, with five to ten cases per 100,000 people in Europe. Although medical cannabis cannot cure the disease, it can alleviate various symptoms such as movement disorders.

What are the symptoms of Chorea Huntington?

The disease is accompanied by a wide range of symptoms. The first symptoms usually appear between the ages of 30 and 40. It is rather rare for symptoms to become apparent before the age of 20.

A leading symptom is uncontrollable movements (choreatic hyperkinesia). At the beginning, only the face and hands are affected. Patients open for example their mouth wide and stick out their tongue. As the disease progresses, grimacing and flailing arm and leg movements may occur. Patients also find it increasingly difficult to speak and swallow over time.

In the later stages of the disease, the symptoms often change. Some patients then develop choreoathetosis or dystonia. This is manifested by the limbs remaining in an unpleasant and painful malposition for minutes to hours. In addition, there is increased discomfort when swallowing and breathing, so that in the worst case there is a threat to life.

In addition, some patients develop anarthria. This is the inability to make speech movements, so that patients can no longer express themselves with the help of speech, facial expressions and gestures.

Behavioral abnormalities or changes in character often occur years before the onset of neurological symptoms. For example, some patients suffer from depression or are particularly irritable and aggressive. Rapid loss of control and disinhibited behavior are also among the early symptoms of the disease. At the same time, mental abilities are usually not yet impaired.

In the late stages of the disease, patients develop dementia and lose their cognitive abilities. In addition, speech becomes impoverished, and many patients are disoriented. Some patients also suffer from delusions.

How is Chorea Huntington treated?

Chorea Huntington is not curable. Therefore, therapy aims to delay the course of the disease and alleviate the symptoms. Since each patient has an individual clinical picture, the therapy usually consists of different measures such as physiotherapy, occupational therapy and logopedic training.

In drug therapy, patients receive agents such as tetrabenazine to reduce movement disorders. In addition, the drug riluzole is often prescribed to inhibit the release of glutamate, which is thought to slow the progression of the disease.

Furthermore, neuroleptics such as sulpiride or tiapride can contribute to symptom relief. Patients are then often given antidepressants or benzodiazepines to counteract the psychological symptoms.

Normally, the disease is more severe when the first symptoms appear at a young age. If the disease only breaks out at a later age, it usually progresses more slowly. Then the patient’s condition deteriorates continuously over very long periods of time. Affected individuals die on average within 15 to 20 years after the onset of clear symptoms.

In the later stages of the disease, life-threatening complications can occur. Especially if the swallowing and breathing disorders increase.

The researchers at the Universidad Complutense in Madrid discussed as part of their scientific work that there might be a link between the movement disorders that occur in Chorea Huntington and the endocannabinoid system (1). Based on this assumption, researchers from the Neurology Department at Hospital Ramon y Cajal in Madrid conducted a clinical trial in patients with Chorea Huntington (2).

In this placebo-controlled study, 26 patients participated. While one group received a placebo, the second group received the oral spray Sativex with up to 12 sprays per day. After 12 weeks, the researchers found that the patients tolerated the drug Sativex well. However, no differences were noted in motor, cognitive, behavioral, and functional abilities compared with placebo. No clinical worsening was detectable, nor were any significant symptomatic effects.

The researchers suggested that future studies be conducted over a longer treatment period and/or with higher doses or different cannabinoid combinations.

Researchers at the Universidad Complutense in Madrid then conducted a study using a Sativex-like combination in a mouse model (3). Here, the mice showed increased clasping behavior in the context of Chorea Huntington, which decreased when cannabinoids were administered.

In addition, metabolic activity in the basal ganglia was reduced after the ten-week treatment. Also, the researchers were able to detect changes in certain prognostic markers that normally occur in Huntington’s patients, such as mitochondrial dysfunction or excitotoxicity (death of a neuron due to prolonged stimulus overload). According to the researchers, some of these changes could be completely reversed by administration of the Sativex-like combination.

It is still too early to conclude from these results that cannabinoids are an effective therapeutic option. Further investigations, especially clinical studies, are still needed.