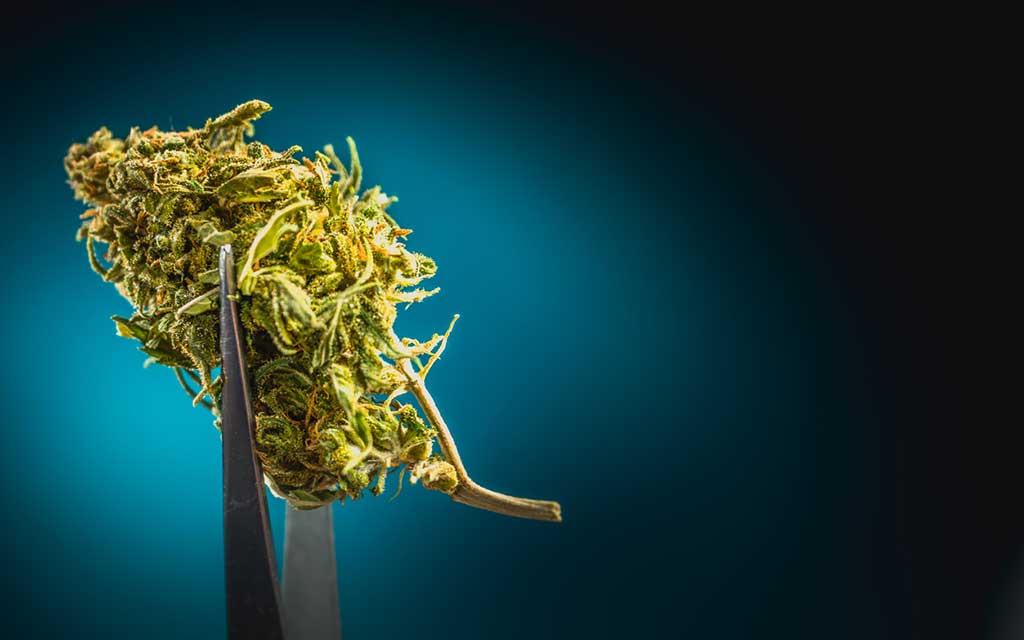 Cannabinoids are already used for cancerous diseases to relieve symptoms such as pain, vomiting from chemotherapy and anorexia. Preclinical studies on animals and cultures of cancer cells increasingly show that cannabinoids have an anticarcinogenic effect, therefore, they also fight cancer.

The endocannabinoid system (ECS) is involved in tumor defense, from which therapeutic effects for phytocannabinoids such as tetrahydrocannabinol (THC) and cannabidiol (CBD) can be derived. Research found evidence that cannabinoids inhibit tumor growth (proliferation), invasion, and metastasis. Vascularization (angiogenesis) and chemoresistance (development of resistance to cytostatic drugs) of cancer cells are also suppressed. In addition, programmed cell death (apoptosis) and self-digestion of damaged cell components (autophagy) are induced.

Initial observational studies and a small double-blind study show that medicinal cannabis can be an important add-on therapy to chemotherapy and other cancer therapies such as radiation therapy. Scientists are discovering more and more compounds in the cannabis plant that can act on tumor tissue.

State of research on the anticarcinogenic effect of cannabinoids

Cannabis has been researched in connection to tumor diseases for half a century. In 1975, the first success was recorded in mice with lung cancer: The cannabinoids tetrahydrocannabinol (THC), delta-8-THC and cannabinol (CBN) slowed cancer growth in the animals. Today, much more is known about the anticarcinogenic effects of cannabinoids. Numerous preclinical studies with animals and animal and human tumor cells show that cannabinoids affect tumor tissue through different ways.

Cannabinoids are not used by themselves in tumors but are used in combination with already approved cytostatic drugs. Preclinical studies showed that THC and CBD can enhance the effects of various cytostatic drugs. These include: Vinca alkaloids, cytarabine, doxorubicin, mitoxantrone, carmustine, temozolomide, bortezomib, carfilzomib and cisplatin.

A study published in 2021 shows that CBD and temozolomide act synergistically in glioblastoma (malignant brain tumor): in cultures of both patient material and mice, tumor size decreased and survival increased. In mice with glioblastoma, a 2006 study found increased sensitivity to radiation therapy with THC and CBD.

Resistant leukemia cells (blood cancer cells) are more sensitive to the anticancer drug vinblastine in the presence of THC and CBD, a 2006 publication showed: the cannabinoids downregulated para-glycoprotein, a transport protein that carries cytostatic drugs out of the tumor cell, leading to resistance.

Despite the extensive preclinical data, large clinical studies are still lacking. Results of initial studies with cancer patients, including observational and double-blind studies as well as case reports, cause optimism.

Numerous studies clearly show that activation of the endocannabinoid system is an essential process in tumor defense. Therefore, the ECS is being intensively researched as a target for anti-cancer drugs. In 2018, collected case series of 119 patients suffering from breast cancer or glioma showed that pharmaceutical CBD reduced the tumor size. In a double-blind phase 1b trial published in 2021 a few affected with recurrent glioblastoma showed synergistic effects of cannabinoids with cytostatics: The study showed higher survival when the cancer drug temozolomide was combined with a THC- and CBD-containing cannabis extract applied as a mouth spray, compared with the placebo mouth spray.

However, the study results are not consistently positive. Negative effects on disease progression have also been observed in some observational studies. For example, in 2019, a retrospective study showed a reduced tumor response to nivolumab by medical cannabis.

Overall, the research team concludes that medical cannabis can be an additional treatment option for cancer, but clinical trials are still in the early stages. Future studies will further explore the efficacy, dosage, and risk-benefit ratio of medical cannabis in cancer patients.