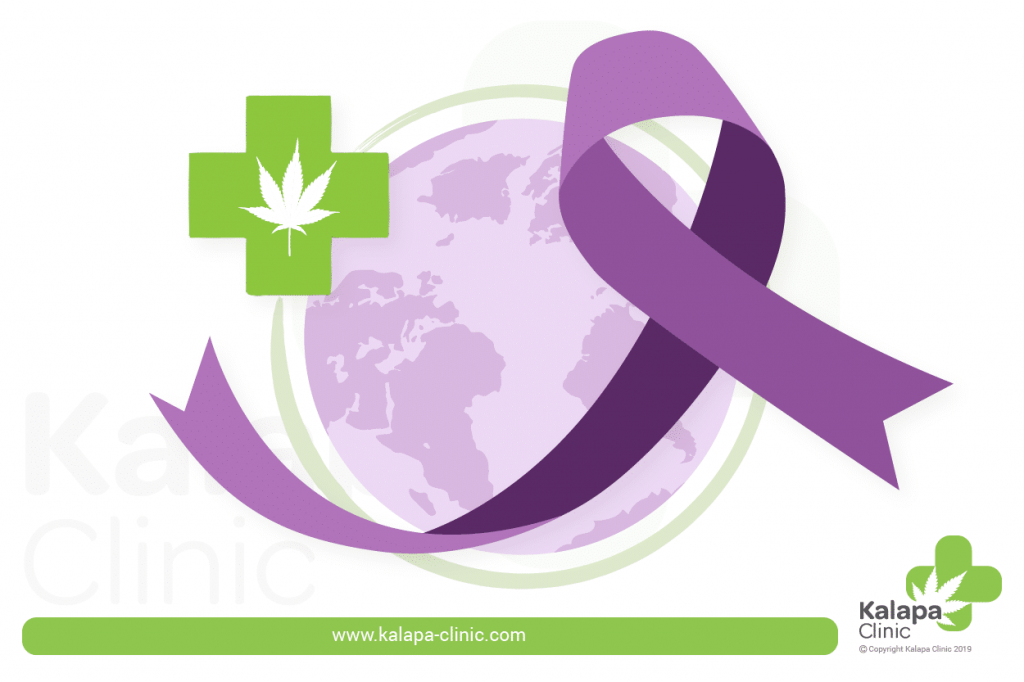 Every year on February 4, we celebrate World Cancer Day. An annual event created by the International Union Against Cancer (UICC) in collaboration with the World Health Organization (WHO) to raise awareness about the world’s leading cause of death, cancer.

The latest report published in 2018 by the International Agency for Research on Cancer (IARC) indicates that 18.1 million new cases of cancer have been diagnosed and 9.6 million people died from the disease. This worrying increase in the number of new cases is attributed to several factors such as the increase of ageing and population, but also changes in lifestyles (smoking, poor diet, reduced physical activity, pollution, etc.). It is estimated that the number of victims of this disease could be significantly reduced if we were able to detect the disease earlier or by simply changing certain habits.

The aim of World Cancer Day is to inform and raise awareness about cancer in order to fight this disease. This day is an opportunity for us to review what people knows about cancer and the role of cannabinoids.

The term “cancer“ includes all diseases characterized by the uncontrolled and excessive proliferation of so-called abnormal cells.  The excessive multiplication of these cells will gradually form clusters of cells that could turn into a tumour if they accumulate too much. It is estimated that it takes about 100,000 cells to talk about a tumour.

A tumour is considered dangerous (malignant) when the cells start to break off and attack neighbouring tissues to form other tumours called metastases.

The plant Cannabis sativa L. is the most important source of phytocannabinoids. These molecules interact with the Endocannabinoid System (ECS) in the body and has been used as a natural remedy for centuries. A great deal of research has been carried out over the last few decades to unlock the secrets of this plant.

The endocannabinoid system in cancer

The endocannabinoid system is a biological system that plays an essential role in the functioning and balance of the human body (homeostasis). It regulates the activity of neurotransmitters and many physiological processes in the body.[1]

Dysregulation of the ECS due to a variation in the expression of its components (receptors, ligands/activatos, and enzymes; proteins that accelerate chemical reactions) may be the cause of various disorders (epilepsy, neurodegenerative disorders, cancers, etc.). According to existing studies, overexpression of these elements, could be linked to the aggressiveness of tumours. [2]

Cannabinoids, which are groups of molecules that can be found in plants such as cannabis, have been the subject of many studies in recent years and the results have shown a potential to improve cancer chemotherapy-related symptoms such as nausea, vomiting and loss of appetite, as well as for cancer-related pain, anxiety or sleep problems.

Nausea and vomiting are induced by chemotherapy, for which cannabinoids have been proven effective.  Many studies have shown that their antiemetic properties are superior to traditional antiemetics (prochlorperazine, metoclopramide, chlorpromazine, etc.). In clinical trials, patients undergoing chemo preferred to use cannabinoid-based treatments due to some of the side effects considered beneficial (e. g. sedation, analgesia, etc.). Synthetic tetrahydrocannabinol (THC)-based drugs have been approved already by the FDA (Food and Drug Administration) as antiemetics.

Problems related to loss of appetite (anorexia, weight loss, cachexia…) are also recurrent in people suffering from cancer. Here too, the use of cannabinoids has led to encouraging results illustrating the role of ECS in the regulation of eating behaviour. Pre-clinical and clinical studies have shown that cannabinoids such as THC in particular can stimulate appetite and slow down weight loss in patients.

Cannabinoids may also help relieve pain by interacting with cannabinoid receptors CB1 and CB2, located respectively in the central nervous system for the former and in peripheral tissues for the latter. The use of CB1 and CB2 receptor activators such as cannabidiol (CBD) or THC may reduce pain in part by reducing the release of inflammatory agents.  A study by Noyés et al. showed that THC produced analgesic effects similar to codeine. [3]

Pre-clinical studies have shown that cannabinoids may have anti-tumour potential in some cases of cancer. Cannabinoids play a key role in the mechanisms of cancer spread, such as angiogenesis (the growth of new blood vessels) or the development of metastases (cancer cells that have detached from an initial tumour to colonise other organs). [4]

In addition, studies in animals also reported cannabinoids can stop the growth cycle of cells, cause apoptosis (programmed cell death) and block the spread of cancer cells and angiogenesis by inhibiting vascular endothelial growth factor (VEGF), which is partly responsible for the growth of some tumours.  In other words, cannabinoids would destroy certain cancer cells and limit the spread of the disease. Most studies focus on THC, probably the best-known cannabinoid in cannabis, where it has been found to have anti-tumour effects in cancers such as glioblastoma, nonetheless, research in humans is needed [5]

Then, scientists looked at CBD, another cannabinoid in cannabis, and numerous in vivo and in vitro studies have highlighted its numerous properties for certain types of cancers such as anti-inflammatory, anti-angiogenic, anti–proliferative or even pro-apoptotic.  The followings are In vitro-animals studies :

Decreased tumour size was also observed in colon cancer, and finally a reduction in proliferation of skin and breast cancer has also been reported.

For the time being, the few clinical studies that have been carried out show good perspectives. In a 2018 clinical trial of 119 people with different cancers, a person with a very rare form of brain cancer saw the size of his tumour reduced by 60% after 6 months of CBD use. However, the patient was under all the standard treatments (radiotherapy, chemotherapy, surgery).  [6]

In general, the numerous preclinical studies and the few clinical studies have shown that cannabinoids such as THC and CBD can be used for palliative treatments. However, more in-depth studies on humans will be necessary to confirm the great promise of their potential as anti-tumoral treatment.