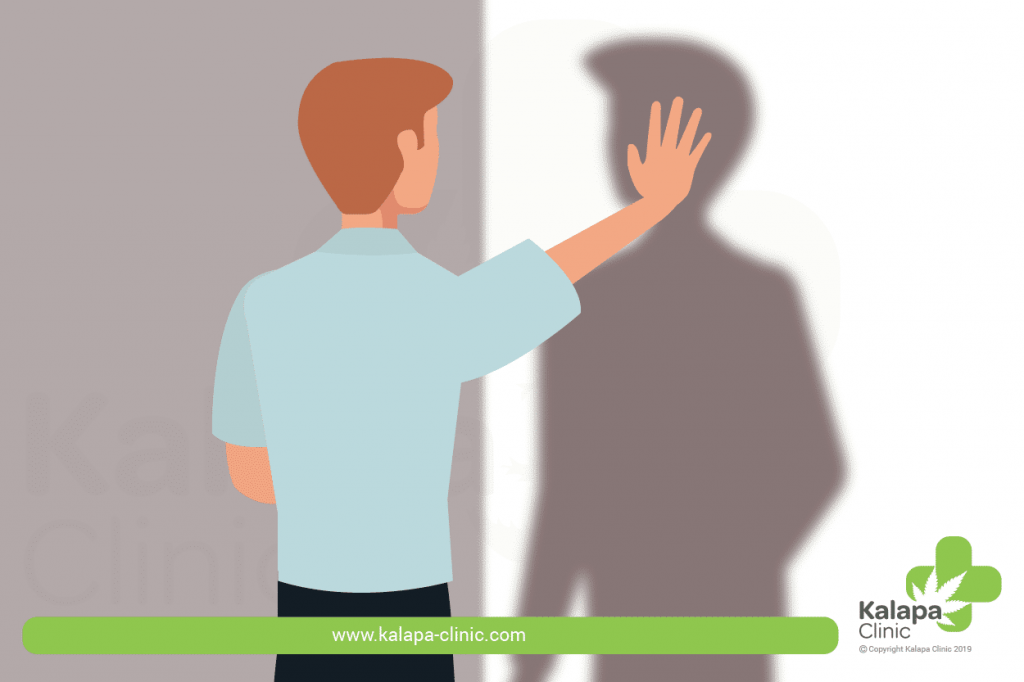 Medicinal cannabis is used today for a variety of illnesses and is showing positive results.  One of the ailments that people can suffer from is post-traumatic stress disorder, which affects the mental conditions of an individual.  A few studies have investigated the use of cannabis on Post-traumatic stress disorder providing more information and knowledge on possible treatments.

What is post-traumatic stress disorder?

Post-traumatic stress disorder (PTSD) is a condition which affects the health of the mind and is caused by a traumatic event, making the person experience the same experience all over again in their head, altering their emotions and decreasing their quality of life.

Some patients’ experience may include repeated recollections of the event through invasive thoughts, flashbacks and nightmares.  This changes the person’s entire cognitive function, moods, hyper arousals, emotions and psychological stability, and can even impair their social life.  It also significantly causes sleep disturbances, and alterations in personal and interpersonal functioning  “The effect is an activation of the hypothalamic– pituitary axis as well as of the locus coeruleus and the noradrenergic system, regions which are connected to the amygdala and hippocampus, mediating, respectively, fear conditioning and memory consolidation.

The pathophysiology of post-traumatic stress disorder involves several neurotransmitters, including the noradrenergic, serotonergic, endogenous cannabinoid, and opioid systems, as well as the hypothalamic–pituitary adrenal axis and the release of the corticotropin-releasing factor, which are systems involved in other psychiatric conditions, such as mood or anxiety disorders”1

The relationship between the endocannabinoid system and PTSD

As mentioned before, PTSD affects the neurotransmitter ‘endogenous cannabinoid’, better known as the endocannabinoid system (eCS).  This system contains two main receptors known as CB1 and CB2.  We are mostly interested in CB1 as it is mainly located in the brain and is widely expressed in areas such as the amygdala, hippocampus, and prefrontal cortex.

It has been found that cannabis can block the consolidation of aversive memories, fear and anxiety by activating the CB1 receptors in the amygdala as well as increase serotonin levels in the prefrontal cortex, providing anti-depressant properties. Finally, the activation of CB1 receptors in the hippocampus increase the birth of new neurons  “Conversely, a low eCB tone contributes to amygdala hyperactivation as well as anxiety and hyperarousal symptoms characteristic of PTSD, including sleep disturbances, memory and cognitive impairments, depression, and suicide”1

Pre-clinical research has already shown a few promising qualities of cannabis in relation to reducing, or even eradicating fear, and to enhance therapeutic consolidation of emotional memories.  However, current evidence in relation to humans with PTSD on cannabis is minimal and can often be found as controversial.

Research on the use of cannabis on post-traumatic stress disorder

While evidence is minimal, it is promising.  For example, a study on patients with chronic PTSD, on medical treatment, found that adding 5mg of THC twice a day results to better in sleep quality and diminishes nightmares. Mild adverse effects were reported. (e. g. dry mouth, dizziness, headache).[1] A different report showed that patients taking daily oral CBD (48.64mg) over an 8-week period showed an overall decrease in PTSD symptoms, improving sleep, reducing anxiety and modulating memory-related process, as well as a good level of tolerance.[2]

Another study during a 30-day period has also found that people with probable post-traumatic stress disorder used cannabis mainly for sleep motivations and coping reasons, and no association was found between PTSD and other reasons.[3] However, usage for sleep motivations are an important aspect concerning the symptomology of PTSD.

In previous findings, nabilone, a synthetic cannabinoid which mimics tetrahydrocannabinol, was able to alleviate nightmares, at a dose of maximum of 6 mg daily (an hour prior to bedtime) [4].  This current report was used to replicate those findings with THC in individuals with PTSD.

There are certain drawbacks to these present articles and studies which can affect the results.  For example, certain limitations may include a small sample size, no placebo control, no long-term assessments, and also, the main objective of the study is to only provide preliminary evidence on the tolerance of cannabis as an add-on treatment[5].

Additionally, although there may be improvements in PTSD symptomatology, THC is a psychoactive ingredient found in the marijuana plant, and chronic recreational use can be associated with dependence to THC-related cognition dysfunction and cause a risk of psychosis.1

In conclusion, although there are promising results from these studies and reports about the use of cannabis on post-traumatic stress disorder, especially to help with nightmares in the case of THC, or as an anxiolytic (CBD),  scientists must first increase the understanding of the appropriate dosing levels. They also have to consider that cannabinoids may be more effective and with less complicated side effects than alcohol or other psychopharmaceuticals.  Thus, further investigation of the molecular interaction of post-traumatic stress disorder and eCS may increase possible effective treatments.