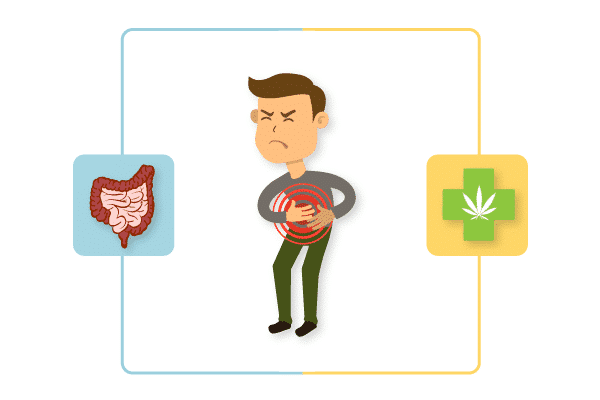 The intestine is a fascinating organ. It’s approximately seven meters long in adult humans and fulfils not only digestive but also a number of other important functions. For example, it plays an essential role for the immune defense, since 70 % of all immune cells are located in the small and large intestine and 80 % of all defense reactions are taking place here. In addition, the intestine has a decisive effect on the psyche of every person – In this context is also often called the “belly brain.” That is why it is very bad when this fascinating organ is infected with diseases. Particularly problematic are the increasingly frequent chronic inflammatory bowel diseases (IBD).

The Crohn’s disease and ulcerative colitis – to which this article is dedicated – are the best-known representatives of IBD. Ulcerative colitis, the most common form of IBD, has the main symptoms of bloody diarrhea, severe abdominal cramps and tenesmus, which is the persistent and painful urge to stool. The course of the disease is difficult to predict; it can vary from acute and fulminant relapses or a chronically active course (persistence of the
clinical symptoms).

The symptomatic treatment of intestinal diseases represents an important field of application of cannabinoid therapies, as cannabis can relieve symptoms such as abdominal pain, loss of appetite and diarrhea. (Lal 2011; Weiss 2015)

In addition to the treatment of such symptoms, however, there are many indications that cannabis can actively counteract the inflammation caused by Ulcerative colitis. Doctors agree that there is still a lot of research to be done in this area but there are already a relatively large number of studies that can be carried out on to the subject. Some of these are discussed below.

However, like all other studies on this topic, these two studies are of great interest and come to the conclusion that more research is needed in order to identify and explore the potential more precisely. One of the cannabinoids with a beneficial effect on ulcerative colitis, is the non-psychoactive cannabidiol (CBD). This ingredient of the cannabis plant is used, among other things, for its analgesic and anti-inflammatory effect.

With regard to the effect of CBD in ulcerative colitis, an interesting study was carried out by researchers from the University of Naples in 2011, which investigated the effect of CBD on intestinal tissue taken from ulcerative colitis patients during a biopsy as well as segments of the intestinal tissue of mice infected with colitis. In the course of this study, which included several experiments, CBD was identified as a “promising therapeutic agent, which is able to improve the neuro immune-axe stimulates” and is therefore a promising instrument for the treatment of inflammatory intestinal diseases. Studies like this suggest that already CBD has a certain therapeutic effect for Colitits ulcerosa patients.

Even more promising is the anti-inflammatory effect of CBD in combination with THC. At the University of Hertfordshire (GB), the effects of THC and CBD – alone and in combination – were tested for rats with colitis. They came to the conclusion that THC could counteract intestinal inflammation even more effectively than CBD. At the same time, it was able to show that a low dose of THC alone would not trigger any effect whereas by the addition of CBD the low THC dose could even be more effective than a high dose of THC.

In view of the fact that CBD – unlike THC – is not triggering any side effects, the researchers concluded that it is likely that it is more advantageous to combine CBD and THC in the treatment of ulcerative colitis than just to treat the patient with THC. The fact that many patients with CU and other IBDs have already drawn attention to the medical potential of medical cannabis was shown by a study that found that the use of marijuana and hashish among IBD patients is more common than in the rest of the population.

However, it is likely that medical cannabis may get an increased recognition as a complementary form of therapy for diseases such as ulcerative colitis.

Therefore, it remains to be hoped that more effort will be invested into the research of the mechanisms of action of cannabinoids in connection with ulcerative colitis.