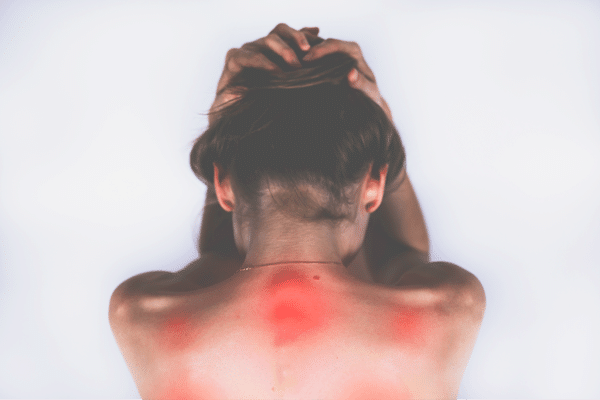 Fibromyalgia is a disease that affects between 3 and 6% of the world’s population and develops between the ages of 20 and 50. It is a disease that causes sufferers severe muscle pain and tiredness. The pain is felt especially in certain sensitive points of the body such as the neck, shoulders, back, arms, hips and legs.

In addition to these pains, fibromyalgia can also lead to sleeping difficulties, stiff muscles, headaches, menstrual pains, numbness of the hands and feet and short-term memory problems.

In ancient China, the cannabis plant was considered a potent anti-inflammatory. The Chinese emperor Shen-Nung (2000BC), in work called Pen ts’ao Ching, considered that cannabinoids “undoes rheumatism” [1]. Currently this condition has not yet been cured but there are several treatments to alleviate its effects. Until now, it has been known that fibromyalgia and other pathologies such as migraines are present in clinical biochemical and pathopsychological patterns that suggest that they are related to a deficiency in the endocannabinoid system. For this reason, it is considered that some of the symptoms of fibromyalgia can be treated with medical cannabis.

The migraines produced by fibromyalgia are closely related to the malfunctions of the endocannabinoid system. Anandamide, the chemical compound that mediates the endocannabinoid system potentiates the 5-HT1A receptors and inhibits the 5HT2A receptors. These receptors regulate various functions of the central nervous system, so medical cannabis can be effective for both acute and preventative treatment of pains. Cannabinoids have also been shown to have an anti-inflammatory and dopamine blocking effects, which can regulate sleep, mood and learning, factors that are affected by fibromyalgia.

Also, tetrahydrocannabinol (THC) modulates glutamatergic neurotransmission through NMDA receptors, which play an important role in neuronal plasticity, learning and memory. Cannabinoids have been shown to have the ability to block spinal, peripheral and gastrointestinal mechanisms that cause pain such as fibromyalgia or headaches [2].

With research like this it was seen that THC could be used in treatments for fibromyalgia. A pilot study was conducted in 2006 on the effects of THC-based monotherapy to alleviate this disease. Some of the participants noticed that their pain subsided after daily doses of 10mg and 15mg, however, these results are not enough to determine that THC alone could be used as an analgesic drug. A similar study conducted in 2009 had more or less reached the same conclusions: THC has demonstrated its potential for improving the treatment of chronic pain in central neuropathy and fibromyalgia, therefore a THC as a supplement may represent an option promising co-analgesic therapy [3].

Similarly, several studies continue to suggest that cannabinoids can continue to be assumed as an alternative to traditional drugs for the treatment of fibromyalgia. According to a study by several institutions in Barcelona published in 2011, several of the fibromyalgia patients surveyed not only used medical cannabis to relieve pain, but also did so to reduce all other symptoms of the disease. The results, furthermore, state that none of the patients noticed that their symptoms had worsened. In fact respondents praised their effect on reducing their sleep problems [4].

It is possible to say that in this last study therapeutic cannabis was consumed via inhalation. For this reason, it is necessary to continue investigating possible applications and different forms of consuming medical cannabis for diseases such as fibromyalgia or other conditions that be treated with cannabinoids.