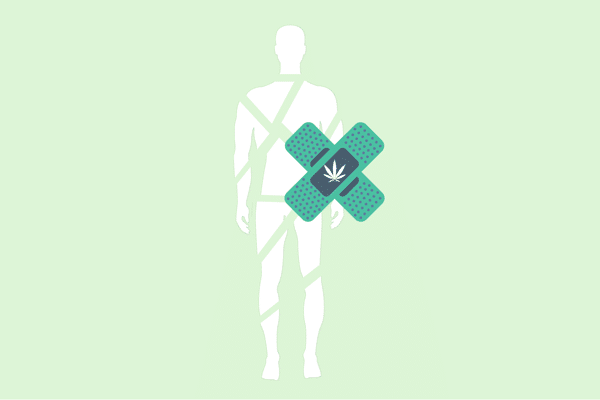 Trauma can occur when a person encounters physical bodily harm or has suffered injuries that have endangered the individuals life. There are many types of trauma, depending on the part of the body that is affected, and its severity will depend on the damaged areas. If trauma is complicated, sequels, respiratory arrests, shock, or even death can occur. Due to these consequences, a group of researchers from Arizona, in the United States, analyzed the relationship between the use of cannabis and trauma.

Cannabis and trauma: the case of patients in intensive care

This study included patients admitted to the intensive care unit (ICU) with positive toxicology results in cannabis, while patients with positive alcohol detection or other substances were excluded. The outcomes were mortality, days with ventilator, ICU and length of stay in the hospital. We compared patients who were positive for cannbis use with those who were not, using different methods.

The results showed that the consumption of cannabis is associated with a decrease in the mortality rate of the adult patient admitted to the ICU with trauma. Unlike other studies that focus on the effects of marijuana on different diseases, the objective of this research was to evaluate the relationship between the consumption of cannabis and trauma, and the mortality of the patients suffering from this type of injury.

Despite the fact that the conclusions are encouraging, the study has not taken into account factors such as the source of the cannabis, how it has been consumed or cannabinoids and other substances that have been ingested by the patients who consume the plant. Therefore it is necessary to investigate the correlation between cannabis and mortality of patients with trauma, taking into account the factors most associated with the properties of the plant Cannabis sativa L.