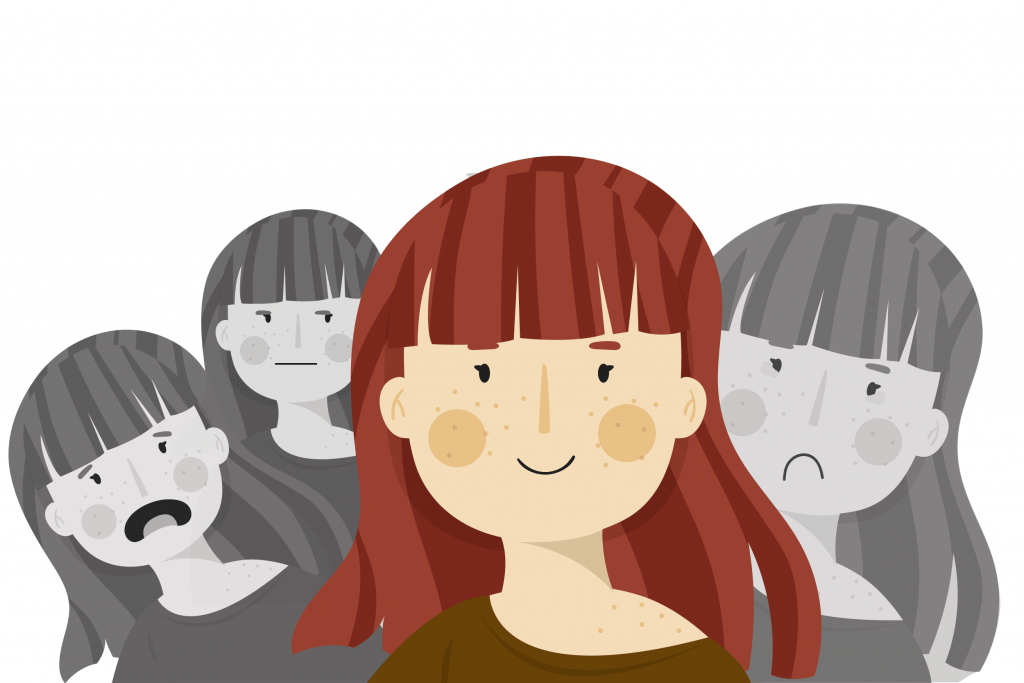 Bipolar disorder is a frequently occurring psychiatric illness classified as an affective disorder. It is characterized by depressive and manic mood swings. There are either manic phases with an exaggerated euphoria, in which sufferers are euphoric, overactive or irritable, or depressive phases. Both phases can range in their degree of severity. Only in rare cases do these episodes last permanently. Rather, the episodes occur within a short time frame.

Symptoms of mania and depression

In a depressive phase, patients suffer from symptoms such as listlessness, depression, apathy, lack of interest as well as thinking and concentration disorders. The extent of the symptoms can range from a slightly depressed mood to a strong lack of feeling and melancholy. In cases of severe depression, the risk of suicide is also high.

When patients are in a manic phase, their mood is often unreasonably elevated and irritable. Their drive is greatly increased, and their thinking is also accelerated. This results in a dangerous level of overconfidence. Patients often recklessly spend a lot of money or show themselves to be sexually uninhibited. In some cases, it also happens that delusional symptoms such as megalomania appear. In such a phase, the person affected lacks insight into the illness and therapy is difficult.

Bipolar disorder: What are the causes?

The exact cause is unknown. Possible causes are an inherited disposition or internal and external factors. For example, an incisive or traumatic life event can trigger the disorder.

The treatment consists of the following three phases:

What influence does cannabis have on mental disorders?

Various studies have shown that cannabinoids from the cannabis plant such as tetrahydrocannabinol (THC) and cannabidiol (CBD) can have positive effects on depression and anxiety (1). To what extent cannabinoids can have an influence on the symptoms of bipolar disorder is still largely unexplored.

At Lancaster University in the United Kingdom, 24 bipolar clients who used cannabis for recreational purposes at least three times a week were asked to keep a diary (2). Over a six-day period, the participants documented the effects of cannabis use on the depressive or manic episode.

The results indicated that cannabis use is associated with various psychological consequences. However, there was no evidence that the use of cannabis by a person with bipolar for recreational purposes or self-medication to treat minor fluctuations has a negative effect on bipolar disorder symptoms.

Somewhat more conclusive are the results of the Harvard Medical School in Boston (3). Here it is stated that five patients were observed to benefit from cannabis and were able to cope better with the extreme emotional highs and lows.

The University of Oslo included 133 bipolar subjects and 140 schizophrenic subjects in its study and investigated the effects of cannabis use on neurocognitive functions (4). The subjects with bipolar disorder showed better neurocognitive abilities (attention, logical thinking, memory learning) after cannabis use compared to the patients with schizophrenia.

Brazilian researchers from the University of Sao Paulo investigated the effect of cannabidiol (CBD) on two subjects with bipolar disorder (5). During the first five days, the subjects received a placebo (sham drug). From the sixth day onwards, they received a daily dose of 600 milligrams of CBD. Leading up to day 30, this dose was increased gradually to 1200 milligrams of CBD per day. Between the 6th and 20th day, one subject also took the additional medication olanzapine.

Treatment with CBD was interrupted on the 31st day. After that, the subjects received a placebo for five days. An improvement in symptoms was seen in the subject who received CBD and olanzapine. However, the condition of both subjects did not improve under CBD treatment alone. No side effects from CBD treatment were reported by the volunteers.

The researchers concluded that CBD was well tolerated. However, the preliminary results would indicate that CBD is not effective in a manic episode.

A systematic review of the effects and side effects of CBD in the treatment of mental disorders was prepared by researchers from the Federal University of Minas Gerais in Brazil in 2017 (6). This states that the evidence on the use of CBD in psychiatry is still very limited and that larger studies are necessary to be able to make reliable statements.

The endocannabinoid system could be a promising therapeutic target. It can be activated by the administration of medical cannabinoids. Studies have shown that endocannabinoid signalling may be impaired in psychiatric patients (7).

The cannabinoid CBD, like THC, seems to be able to reduce the symptoms of depression. For example, Spanish researchers, among others, were able to show in their study that CBD can dock to the serotonin receptor 5-HT1A in order to have an antidepressant effect (8). Brazilian researchers have also demonstrated an anxiety-relieving and antidepressive effect of CBD (9).

The number of studies on the effectiveness of medical cannabis in bipolar disorder is currently very low. The (few) studies to date suggest that cannabinoids do not have a sufficient spectrum of action in a manic episode. On the other hand, the therapeutic potential of cannabis against the symptoms of depression has been more thoroughly investigated. Thus, medical cannabis could be used in a supportive way during a depressive phase.

It should be noted, however, that cannabis use for recreational purposes is often found in bipolar patients. In this case there would be a risk of promoting abuse, which is why a therapy with medical cannabis should be carefully considered.

(3) Harvard Medical School, Boston, USA, Grinspoon L1, Bakalar JB., 1998, „The use of cannabis as a mood stabilizer in bipolar disorder: anecdotal evidence and the need for clinical research“

(4) University of Oslo, Norway, Ringen PA1 et al., 2010, „Opposite relationships between cannabis use and neurocognitive functioning in bipolar disorder and schizophrenia“