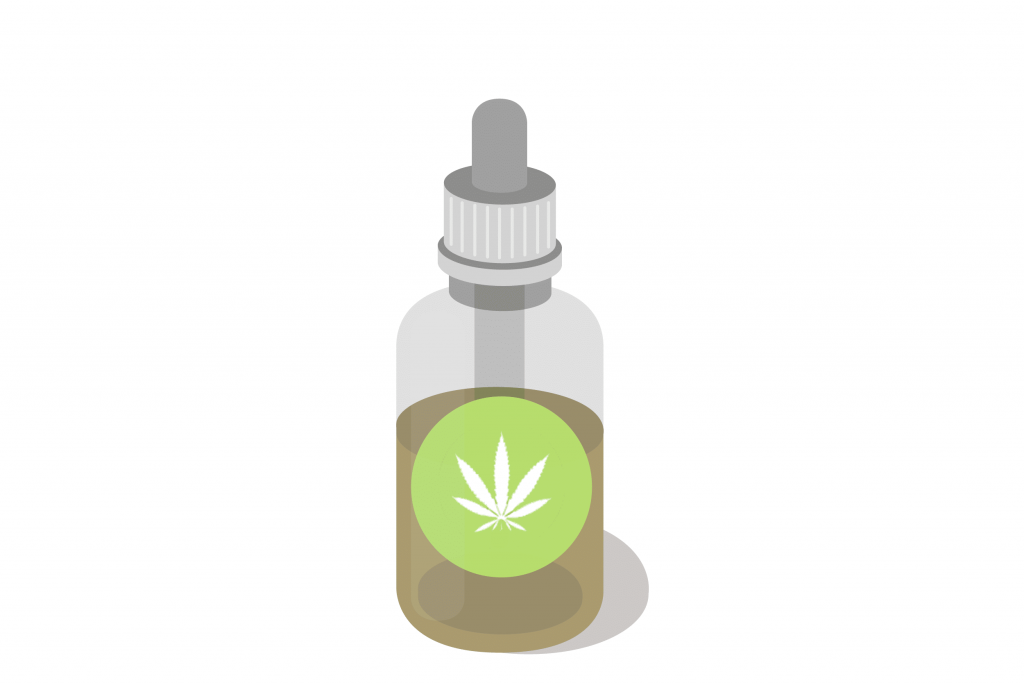 Concentrated cannabis extracts, also known as cannabis oils due to their viscous and sticky look, are always more popular between self-medicated patients, that sometimes claim it as a “cancer cure”. Generally, cannabis oils manufacturing methods are quite simple and don’t require specific equipment. In this field, the most known example of this kind of products is that called “Rick Simpson oil”, also known with the acronym of RSO.

Rick Simpson’s history and the birth of his oil

In 1997, Rick Simpson worked as an engineer in Canada and, due to a work accident, he started suffering from constant headaches and tinnitus. Despite several controls at the hospital, prescribed drugs were not able to provide him any relief.

In 1999, after having viewed a TV show talking about medical cannabis, Rick called one of his friends so that he would let him try a joint. He was really surprised noticing the relief felt, far stronger than when he was using all of those prescribed drugs. For this reason, he asked to receive a marijuana prescription from his doctor, but unfortunately it had been absolutely denied.

During the following years, the symptoms of the illness were getting worse, preventing Rick from having a normal life. After having some suicidal thoughts, he decided to find on his own an alternative cure for himself. He remembered that when smoking marijuana, he noted a high relief and he was wondering about what effects a concentration of cannabinoids, in form of oil, can produce.

Then, he started growing cannabis plants and manufacturing an extraction from the flowers that he was taking daily, starting at very low doses. According to what stated by Rick, the symptoms of the lesion were quickly mitigated, his sleep had improved and pain and blood pressure were decreased. Furthermore, Rick lost most of his extra weight and appeared to be even more in good shape. He came back to normal life!

In 2002, he was diagnosticated with a basal-cell carcinoma1 (the most common malignant skin tumour that doctors usually suggest to remove surgically, with a 98% cure rate2).

In 2003, he underwent surgery, but few weeks after, the tumour had already reappeared. After the poor success of conventional treatments, Simpson entrusted to THC oil, in the attempt to be cured. Because of this, thanks to his marijuana experience, and after having read “Antineoplastic Activity of Cannabinoids” a study published on the Journal of the National Cancer Institute, Rick came back choosing cannabis as a treatment of his illness. Rick so tried his marijuana oil directly on his affected skin:

“Why do not put some oil on the other two cancers and see what happens? I applied the oil, covered the affected areas with a bandage and I left it staying for four days. In the meantime, I didn’t feel anything happen, so I was thinking it was not working”.

Simpson states that after only four days his skin cancer was gone and he has been in remission ever since. So, enthusiast for this great news, Rick wanted to try helping his mother with psoriasis, and started applying some of his oil on the infected skin. In a few weeks, her injuries disappeared and the skin was healed. At that point, Rick decided to free share his cannabis oil with all patients who were asking for it.

During the first year, Rick had already treated between 50 and 60 people, for several skin problems. In a few years, Rick Simpson propose his marijuana oil to more than 5000 patients, who was suffering from many pathologies, including all kinds of cancer, leukaemia, melanoma, diabetes, chronic pain, warts, viral and bacterial infections. Rick stated that about the 70% of his patients, who were following his protocol, got free from cancer, assuming 60 grams of his high-quality cannabis oil. Furthermore, Rick specified that in case it is unfortunately too late for cure the ailment, his oil allows to improve the quality of the end of life in the patient, so that at least he can die with dignity.

What is Rick Simpson Oil?

Anecdotal uses and benefits of RSO

According to what is published on the Rick Simpson’s website, RSO is mainly used as an alternative cancer treatment, but a part from cancer, it can also treat:

Although Rick claims they are the most common pathologies that can be treated using his oil1, it is necessary to understand that Delta-9-tetrahydrocannabinol (Delta-9-THC), the main psychoactive compound of marijuana, could also cause a range of psychological and physical symptoms:

At the same time, it is important to mention, that “Antineoplastic activity of cannabinoids” remains under investigation4. Indeed, the main risk associated with RSO is the lack in evidence proving its effectiveness in cancer treatments. This becomes even more dangerous if the patient stops following doctors’ conventional recommendations for treating his cancer.

Before following Simpson’s path, it is necessary to know how the scientific community evaluates the efficiency of cannabis and especially of Rick Simpson’s oil as a cancer cure.

According to what was published on the Cancer Research UK, the world´s largest independent cancer research clarity, there is no general consensus within the scientific community regarding the use of cannabis as an effective treatment for cancer5.

The doctor in medicine, Franjo Grotenhermen, founder of the International Association for Cannabinoid Medicines, sent a letter to Rick Simpson, in which he urges Simpson to caution, especially regarding his claims and healing promises, considered excessive by the doctor.

In the first part of the letter, Dr Franjo noted how, nowadays, many desperate people, who suffer from cancer and other severe disorders, rely and entrust their hopes on Simpson’s recommendations. At the same time, he agrees with Simpson’s wiliness to preserve humanity survival and prosperity, with the aim to share the truth with as many people as possible, in order to obtain a substantial change.

The main criticism that Franjo identified comes from Simpson’s words. He states that decarboxylation occurs when the molecules within the oil convert to the delta-9 position, when undergone to a heating process, so that they turn into their medicinally active form (Pos. 717, Kindle).

Franjo retorts that prior to decarboxylation, the substance is already delta-9-THC, while the process just involves the removal of carbon dioxide from the molecule, converting the naturally present THC acid (THCA) into phenolic THC, responsible for most of the medical benefits of delta-9-THC. In addition, Franjo clarifies that it is not a protein contained in the cannabis plant the one in charge of cancer-fighting properties, but the phytochemicals, may have such activities.

In addition, Simpson shows even further mistaken beliefs talking about the importance of administer the oil as close as possible to a tumour, emphasizing the stronger effect that can be obtained in this way (Pos. 1012, Kindle). However, cannabinoids reach the cancer through the body´s cardiovascular system, Franjo replies.

According to Simpson, it’s impossible that a cannabis tincture can be as powerful as an extract. The truth is, that the effect doesn’t depend on the concentration, but it does on the absolute amount ingested.

Simpson confesses that there is about one person in ten who publicly tells what is experienced, but the majority of patients don’t do it. Since 2003 – Simpson follows – he has administered his extract to about 5000 people, suffering from various medical problems, and most of these people have been controlled and cured using this oil (Pos. 1377, Kindle).

This affirmation already shows many critical issues. Even if Simpson affirms and complains about the fact that he didn’t hear back from most of his patients. However, he intrepidly states that most of his patients with cancer, included those from which he didn’t receive any news, were totally cured or under control with his oil. Affirmations based on such limited data directly converts into absurd, especially considering that there are about 1000 different kind of classified cancers – Franjo counters.

Simpson always recommends high-grade cannabis extracts, with THC levels of about 80-90%. The higher the quality of the oil, the more pronounced will be its healing effect (Pos. 368, Kindle).

Nowadays, several studies are showing cancer-inhibiting properties of other cannabinoids, in particular of the non-psychoactive cannabinoid, Cannabidiol (CBD). There are evidences that CBD may play a more important role than THC in some types of tumours. Moreover, the well-known entourage effect, and especially the combination of THC and CBD together, can offer more effective benefits than just THC isolated. Among other factors, CBD can be of great importance when THC is not well tolerated, and clearly big dosage are out of the question. In these cases, a treatment using high dosage of CBD can be attempted, both for reducing the psychoactive effect of THC and for the proper properties of CBD against certain types of cancers.

Simpson developed his theory 15 years ago, when CBD was not yet taken into great account. However, the actual knowledge of the effectiveness of the whole phytocomplex of cannabis plant in the treatment of cancer are of preliminary nature, and researchers and doctors have to always take new data into consideration, in order to offer the most up to date advice and treatments possible to patients.

Simpson writes that most of the people who contact him have been badly damaged by the medical system, due to chemotherapy and radiation, etc. Damage caused by these treatments have a lasting effect on patients, making them harder to cure. Nonetheless, he affirms, his oil still has a 70 to 80% success rate (Pos. 970, Kindle).

This is one of the most important topics for Franjo. The German doctor strongly critics Simpson’s recommendations for his patients to avoid conventional treatments, because chemo and radio therapies both cause heavy damage.

Though – replies Franjo – while nobody knows the success rate of this oil, due to the poor volume of feedback. The effectiveness of standard therapies is widely accepted by the medical community, showing so far, a success rate at around 55%.

In addition, Franjo also wants to highlight the great possibilities coming from a combination of cannabinoids and conventional therapies, instead of only relying on cannabis.

At the end of the letter, Franjo want to clarify that the fact that Simpson presents erroneous data, by not understanding the basis of chemical, physiology and medicine, is not what he holds against Rick. However, even if one doesn’t need to know all the details, this is a question of life and death, and it is clear that he is not living up to his responsibility and therefore his own aspiration”.

“This is about the wellbeing of individuals who turn to us. They have a right to the best possible and most recent information, as well the best possible advice. When it comes to medical treatment, especially when confronted with serious illness, it is not enough to treat patients by relying on good intentions and vehemently presenting a conviction.

I am convinced that your reputation among supporters would improve if you were able to revise and update your advice. I am convinced that cannabis and cannabinoid therapies are of value in the treatment of cancer. Let us address their potential with great care and consciousness!” 6.

Criticisms shown by Franjo are completely shared by the whole medical team at Kalapa Clinic. Due to different morphologies and physiological functions involved in cancer, the “curative” effect of cannabinoids remains in poor knowledge. Even though, there is a complete support for conventional treatments, such as radio and chemo therapy, as well as for the medical use of cannabinoids as an adjuvant therapy.