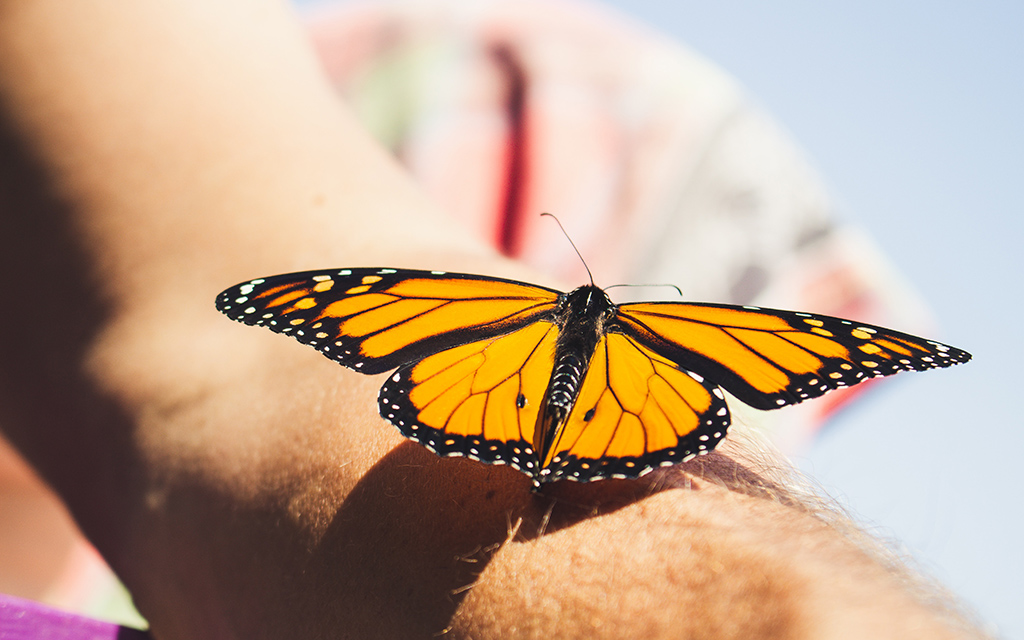 Epidermolysis bullosa (EB), also known as butterfly disease, is a rare genetic skin disorder. Affected people have such sensitive skin that even the smallest injuries, such as those caused when putting on a jumper, lead to poorly healing wounds. The symptoms are accompanied by severe pain and itching and permanently restrict the quality of life.

A Dutch research team showed in an anonymous international cross-sectional survey that cannabis-based medicines relieve pain and itching in EB. Wound healing is also accelerated and inflammation is reduced. In addition, most sufferers were able to reduce the dosage of other medications, especially painkillers and anti-itch medications.

Epidermolysis bullosa (EB) is a group of rare genetic skin diseases.Even the smallest injuries to the extremely sensitive skin or mucous membrane, which are normally not noticed, lead to blistering and poorly healing wounds. Possible complications include chronic wounds, inflammation, wound infections, scarring and the development of conditions outside the skin. Many EB patients experience severe pain and itching, which is considered particularly troublesome and difficult to treat.

Depending on the extent of blister formation, EB is divided into three subgroups:

In Germany, one newborn is born with EP for every 25,000 births. This makes EP a rare skin disease.

The research team from the University of Groningen in the Netherlands conducted an anonymous internet survey on the use of medicinal cannabis for epidermolysis bullosa.

People with the condition and their carers were invited to participate in the English-language cross-sectional study via social networks, support groups and through treating physicians. A total of 155 people took part in the survey, of which 71 data sets were scientifically analysed. The remaining surveys were excluded due to incomplete data, missing cannabis treatment or double participation.

In total, people affected from five continents participated. The USA was the most represented country, with 62 patients (87.3%), as medicinal cannabis is already widely used in the United States. Another five patients (7.0 %) live in Europe, two in Oceania. One case each comes from Asia and Africa.

Improvement in 95 percent of participants and reduced need for medication

Almost all of the 71 patients benefited from cannabis-based medication. In addition to the improvement of the overall symptoms, pain and itching in particular decreased.

In addition, 79 percent of the patients were able to reduce or discontinue other medications through cannabis therapy. Opiate-based as well as over-the-counter painkillers and antipruritic drugs were most frequently saved. Dose reductions were also reported for antidepressants, antineuropathic and antianxiety drugs. The fact that medical cannabis leads to an increased need for other medications, on the other hand, was the exception: only one person indicated an increased need for anxiety relievers.

Most of the participants use cannabis products in various forms of application:

From the available data, the research team could therefore not deduce which cannabinoid profile and form of application worked best. However, different patients experienced different effects on symptoms depending on the type of application.

The research team summarised the patient experience as follows:

“We found that a combination of ingested and topical forms of application worked best, as each product treats different aspects of epidermolysis bullosa. Ingested products provide help with internal inflammation and pain control. Topical products help with local pain and wound healing.”

Topical cannabis preparations offer several therapeutic benefits: This directly addresses the endocannabinoid system (ECS) in the wound area, which plays an important role in wound healing. The ECS regulates the formation of cytokines and nitric oxide as well as the development of horn cells (keratinocytes) in injuries. Another advantage of local cannabis therapy is the reduced absorption of cannabinoids into the circulation. This results in fewer side effects than oral intake, such as psychotropic effects. Of the 71 people affected, about two-thirds used creams and oils, followed by lotions and sprays.

In pain relief, cannabis products have shown particularly pleasing results: The effect of tetrahydrocannabinol (THC) and cannabidiol (CBD) for the treatment of neuropathic pain of other causes is well studied.

Currently, there is moderate-strong evidence for the treatment of chronic pain. However, as pain in EB arises through different pathways, such as nociceptor pain (e.g. wound pain), chronic constant pain or nerve pain, further studies are needed. In the survey, people with EB particularly reported a decrease in background pain (95%), movement-related pain (91%) and wound pain (85%). Many patients also find it easier to get dressed on a daily basis: 83% reported reduced discomfort when changing clothes.

Cannabinoids also relieve itching, a particularly annoying symptom of EB Experience to date shows that cannabis can relieve itchy skin conditions such as neurodermatitis (atopic dermatitis), psoriasis or itching associated with other rare diseases. Currently, scientists believe that itch relief is mediated via CB1 and CB2 receptors of the ECS, as well as by influencing TRPV channels.

Before starting cannabinoid treatment, respondents rated pain at about 6.5 and itching at 6 on a scale of 0 to 10. Cannabis halved the complaints to about three for pain and itching. However, very few participants experienced an exacerbation of itching.

Dry mucous membranes as the most common side effect

The most common side effect was dry mucous membranes: Almost half of the respondents reported dry mouth (44.4 %) and about a quarter reported dry eyes (26.7 %). These effects should be taken into account, as dry skin and mucous membranes can aggravate the symptoms. Other side effects included cough and dizziness. In rare cases, paranoia, coordination, memory or concentration problems were reported. According to current research, medical cannabis is mostly well tolerated.

The scientific survey showed that cannabis-based medicines alleviate various symptoms in epidermolysis bullosa. According to the research team, however, controlled studies are needed to find out more about the possible benefits of cannabis therapy in EB. For example, it needs to be clarified which types of application and which cannabinoid profile work best for the wide range of symptoms.Source:

Photo by Benjamin Ruttan on Unsplash