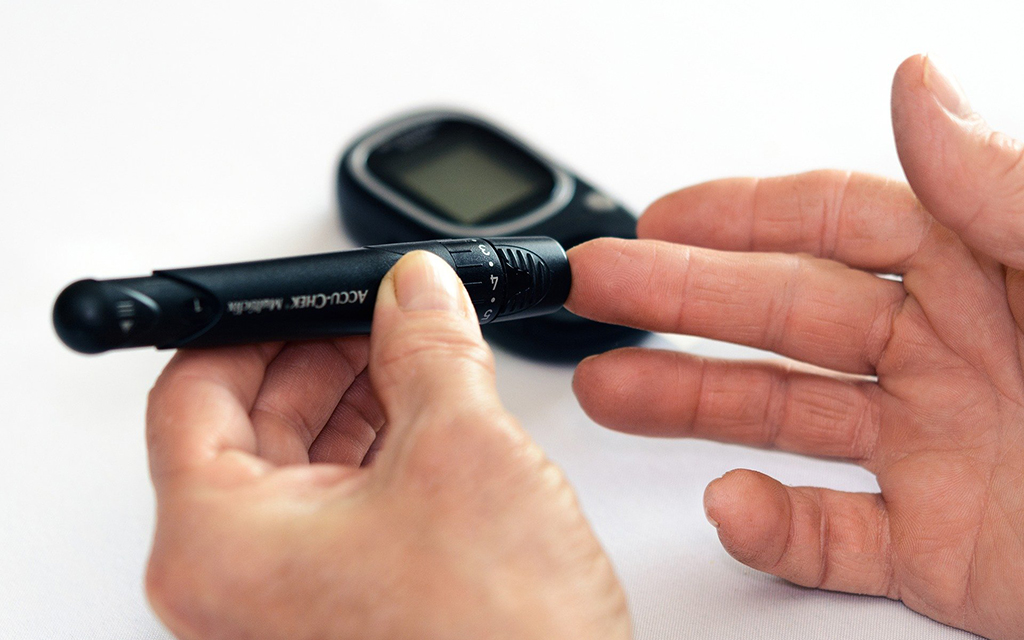 Diabetes patients often suffer from peripheral diabetic neuropathy (DNP). This disease causes painful nerve damage to the hands and feet, which can often be controlled insufficiently with medication or only in combination with severe side effects. An American research team found in a double-blind study that non-psychotropic cannabidiol (CBD) is an effective drug with few side effects for the treatment of pain in peripheral DNP of the feet. After one month of treatment with a CBD sublingual tablet, pain decreased significantly. Sleep disturbances and anxiety symptoms also improved with an increase in quality of life.

What is peripheral diabetic neuropathy (DNP)?

More than half of all diabetes patients are affected by peripheral diabetic neuropathy. Permanently

ous side effects. The following active substances are approved in America, the first two of which are also approved in Germany:

The research team selected 55 patients diagnosed with DNP of the feet for the double-blind study between January and March 2021, taking into account the inclusion and exclusion criteria. The patients, aged 52.62 years on average, reported nerve pain above 5 on a numerical rating scale from 0 (pain-free) to 10 (maximum pain imaginable), corresponding to moderate to severe pain. Almost all (96.3%) affected persons had additional concomitant diseases. With an average body mass index (BMI) of 31.97, most participants were overweight. The foot pain was described very differently in each individual: sharp and stabbing, tingling, dull, burning, cold or pressing. One of the 55 participants dropped out of the study during the preliminary examinations on pain intensity, sleep and anxiety symptoms, so that 54 started taking medication.

The patients were randomly assigned to the CBD or placebo group. Cannabidiol (CBD) was taken as a water-soluble sublingual tablet, which is placed under the tongue. The placebo was a sublingual tablet without active ingredients.

The patients took the medication three times a day at intervals of 6 hours (morning, noon, evening) for 28 days. The patients documented the treatment with a smartphone app. Questionnaires were used to assess the effects on pain intensity, sleep quality, anxiety symptoms and quality of life. In the course of the study, another 3 people dropped out, so that 51 diabetes patients completed the examinations as planned by the research team.

The aim of the research team was to investigate the safety of cannabidiol (CBD) in the treatment of painful peripheral DNP of the feet. The researchers also observed the effects on pain, sleep quality and anxiety symptoms compared to placebo.

During the 4-week study phase, no side effects occurred in the group treated with CBD. When taking the active ingredient-free sublingual tablet, one participant suffered gastrointestinal complaints, whereupon the test subject discontinued the study.CBD is therefore a safe and well-tolerated drug for DNP.

Clinical improvement of sleep and anxiety

Sleep quality was assessed with the so-called PSQI scale (Pittsburgh Sleep Quality Index). This scale has 21 levels, with higher values indicating poor sleep. Before initiating cannabinoid therapy, most patients slept poorly (mean PSQI score of 10.72). Sleep improved in both the CBD and placebo groups: the score dropped by -3.41 in the CBD group compared to -2.70 in the placebo group. Anxiety symptoms were rated using the SAS scale (Anxiety Self-Assessment Scale by Zung). The assessment is done on a scale of 20 to 80, with higher scores indicating greater anxiety. Before treatment began, most of those affected had mild to moderate anxiety (average SAS score of 48.91). Anxiety also decreased in both groups: in the CBD group, the score decreased by an average of -4.37 compared to a decrease of -3.11 in the placebo group.

However, the researchers point out that the study may not reflect the effect of CBD under real-life conditions. The reason for this is the narrow selection criteria of the participants. For example, people were excluded from the study who were simultaneously taking other neuropathy medications (e.g. duloxetine) or cannabis products.

Another limitation is the very strict study procedure (e.g. documentation by mobile phone), which often does not correspond to reality. Therefore, studies with broader inclusion criteria are necessary in the future.