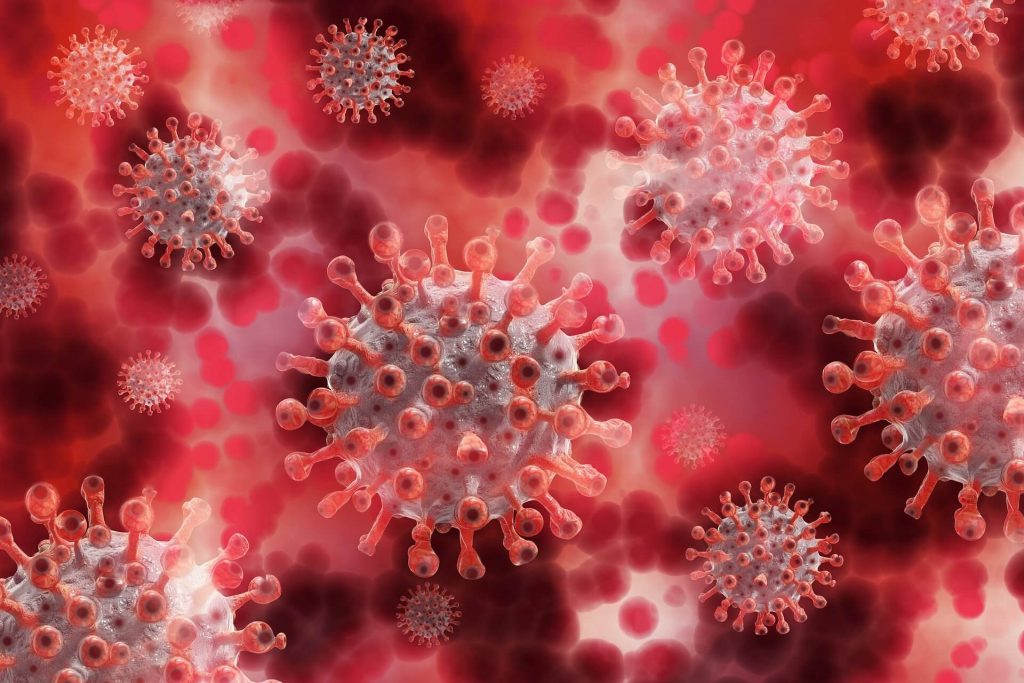 Scientists around the world are working hard to develop vaccines and therapies against SARS-CoV 2. A team of researchers from the University of Chicago recently found in a study that CBD and its breakdown product 7-hydroxy-CBD have the potential to prevent infection with the novel coronavirus. In addition, CBD aids in the recovery of those affected by the disease. Other cannabinoids did not show this effect.

The research team realised through studies on cell cultures that CBD inhibits the multiplication of beta-coronaviruses. SARS-CoV 2 also belongs to these viruses. Via the spike protein, the coronavirus attaches itself to special surface structures of human cells (ACE-2 receptors).

In one study, prepared human lung epithelial cells that form the ACE-2 receptor were treated with a cannabidiol solution. Two hours later, the cells were exposed to the virus. The scientists examined the lung cells two days later for the presence of viral spike proteins. CBD was found to be able to suppress the replication of the virus.

CBD more effective than other cannabinoids

To address the question of whether other cannabinoids are potential agents for covid therapy, the research team also conducted the experiments with tetrahydrocannabinol (THC), cannabichromene (CBC), cannabigerol (CBG), and CBDA – the acid precursor of CBD. The results were surprising: Only CBD showed antiviral effects against SARS-CoV 2 at therapeutic doses.

In further studies, it was found that both CBD and its degradation product 7-hydroxy-CBD effectively inhibited viral replication in prepared lung cells.

In a study at the University Hospital of the University of Chicago, data from more than 93,000 people who underwent a corona test were analysed. A total of 10 percent of patients were found to have an infection.

400 of the 93,000 tested were taking cannabinoids. This group showed reduced infection rates of only 5.7 percent. The effect was even more pronounced in patients taking only CBD in the form of Epidiolex® compared with groups of people using other cannabinoids. Only 1.2 percent of CBD users experienced an infection. In contrast, 7.1 percent of patients taking other cannabinoids tested positive for the virus. These results are consistent with those from cell cultures.

How exactly does CBD work against SARS-Cov 2?

Two mechanisms of action are currently being discussed. CBD possibly promotes an antiviral immune response by triggering the interferon pathway. In fact, interferons are being studied as a therapeutic agent against Corona. Another possible explanation is that CBD reverses the virally enhanced cytokine production, which can be life-threatening.

CBD has numerous advantages over other therapies. For example, unlike remdesivir (a drug used to treat corona) or antiviral antibodies, it can be taken orally. Thus, taking it does not require hospitalization. Another advantage is the good tolerability of CBD.

Future studies will investigate the optimal dosage in humans, the best mode of application, and the optimal drug formulation. However, until randomized clinical trials are available, the research team advises against taking CBD preventively against corona.

Picture by Gerd Altmann on Pixabay