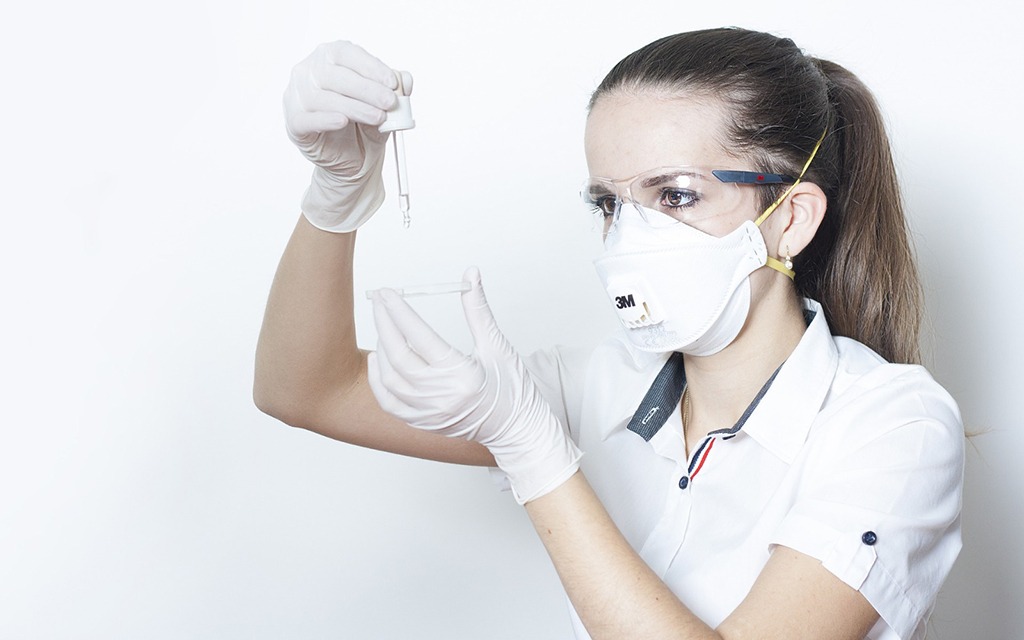 The corona pandemic is a major challenge for the whole world. Health workers who treat severely ill COVID 19 patients on a daily basis are under particular psychological strain. Many suffer from emotional exhaustion and burnout. Depression, anxiety, sleep disorders and post-traumatic stress disorder (PTSD) can also occur – with potentially major consequences for the health system and the quality of care.

At the University Hospital, a team of researchers investigated the effects of the non-psychotropic cannabinoid cannabidiol (CBD) on the mental health of medical staff during the November 2020 corona wave. The result of the open-label study was encouraging: Cannabidiol (CBD) combined with standard treatment – for example, sports training and psychological support – alleviated emotional exhaustion. Anxious and depressive symptoms decreased significantly after only one week of use. Burnout also occurred less frequently under CBD.

Burnout and exhaustion common among health workers in corona pandemic

Medical professionals on the front lines of the Corona crisis often suffer from depression, anxiety disorders, insomnia and post-traumatic stress disorder (PTSD), studies have shown. The mental health of medical staff plays a major role in the health system and the quality of medical care, especially during a global pandemic.

An international team of researchers from Brazil, Israel, Canada and the USA conducted an open parallel group study with 120 doctors, nurses and physiotherapists. The health professionals treated severe corona cases at the University Hospital of the Ribeirão Preto Medical School of the University of São Paulo in Brazil.

Through emails, the hospital homepage and social media, the scientific team called for participation. Between June and November 2020, in the midst of the first wave of the COVID-19 pandemic in Brazil, 214 participants were found, 120 of whom were randomised to both treatment groups: Of the original 61 people in the CBD group, 59 workers took CBD twice daily for four weeks and completed the standard treatment. Another 59 people in the comparison group only received the standard therapy.

The results of 118 participants were scientifically evaluated. Most of them worked in intensive care for people infected with COVID-19. Two participants in the CBD group discontinued the study prematurely due to severe side effects (skin reaction, increased liver values). After discontinuation of the cannabinoid, the side effects subsided completely. Another person dropped out of the study in order to participate in a vaccine trial.

Both groups received standard treatment. With instructional videos, the participants did light exercise. In addition, intensive psychological support was provided through weekly appointments and with a psychiatrist if needed. This person was “blinded”, which means that they did not know whether CBD was taken or not. Therapeutic counselling and spiritual support are provided. Psychiatrists assessed chronic stress management and checked for signs of burn-out syndrome.

Participants rated their symptoms weekly using questionnaires filled out on a mobile phone or computer. Self-rating was done before the start of the study and weekly during the 28-day study.

In addition, the working environment was adapted: In addition to personal protective equipment, this included, for example, changed working hours, enlargement of the team and regular coronatests.

CBD reduced the incidence of burnout: before the start of the study, just over 40 percent of the CBD group had a burnout syndrome. After the end of the study, burnout was only found in just under 30 percent. In the comparison group, on the other hand, which only received standard therapy, the burnout cases increased from just over 30 to almost 40 percent. However, the difference is not statistically significant.

Emotional exhaustion decreased under CBD: complaints were assessed with the “Maslach Burn-out Inventory”, a self-test specifically for health professionals. The questionnaire provides scores between 0 and 54, with higher numerical values indicating greater psychological exhaustionIn the CBD group, the values dropped from an initial 29 to 24 after four weeks. After 2 weeks of therapy, fatigue improved significantly. In the comparison group, however, fatigue increased slightly: the scores climbed from 33 to 36.

CBD significantly reduced the incidence of depression. The severity of depressive symptoms was assessed with the PHQ (Patient Health Questionnaire). On a scale of 0 to 27 points, higher values meant greater depressiveness. A depressive illness is defined by a PHQ score greater than 9.

CBD was able to significantly alleviate depressive symptoms in over half of those affected: The proportion of people diagnosed with depression fell from the initial 46 to 22 percent. In the comparison group, however, the diagnoses increased slightly from 48 to 51 percent. The antidepressant effect of CBD set in quickly: After just one week, the PHQ score dropped statistically significantly from about 9 to below 7 and remained low throughout the study. In the comparison group, the PHQ score remained almost unchanged from the initial level of just over 10.

CBD was thus able to reduce the proportion of generalised anxiety disorders to almost one third. In the comparison group, the number of cases of anxiety disorders remained almost unchanged from initially about 43 percent. Anxiety-relieving effects also set in quickly. Already after one week of treatment, the GAD score decreased from initially about 9 to around 6 and relieved anxiety persistently.

Side effects mostly mild and temporary

Adverse effects occurred in both treatment groups. In the CBD group, drowsiness (25.4%) and fatigue (22.9%) were reported. Diarrhoea, weight gain and lethargy were also reported. With regard to adverse effects, no significant differences were found between the two groups. Only an increase in appetite occurred more frequently in those receiving standard therapy alone.

CBD without influence on inflammatory mediators

Elevated inflammatory levels of interleukin-1 beta in the blood may be associated with psychological distress such as burn-out, depression and stress-related illnesses. The study showed a correlation between increased inflammation levels and burn-out syndrome. Although CBD has an anti-inflammatory effect, the interleukin-1 beta level increased due to the psychological stress. Further studies are necessary to clarify the question to what extent the anti-inflammatory effect of CBD plays a role in mental illness.

However, according to the research team, the study also has weaknesses. For example, it was not a double-blind study, which was rejected by the ethics committee due to the high safety requirements that are necessary when working with COVID-19 infected patients. Because of the short follow-up period, the intake of a single fixed CBD dose and the implementation in only one hospital, the positive effects are not necessarily transferable to COVID-19 clinics in other countries. Thus, broad double-blind studies are needed in the future.