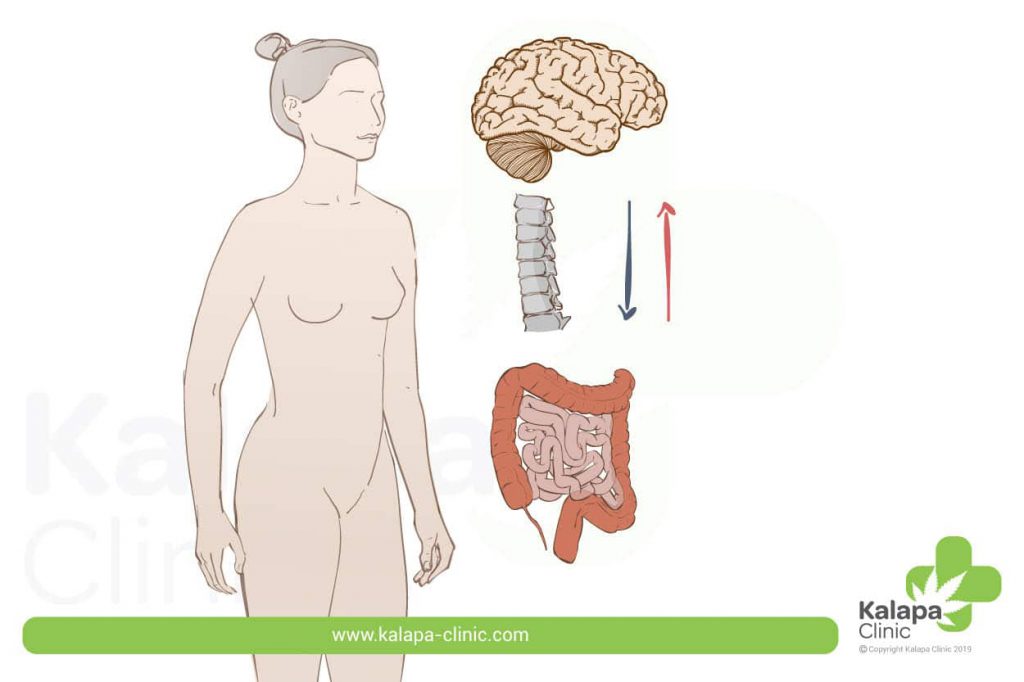 Irritable Bowel Syndrome (IBS) is a common disease that affects or aggravates the functioning of the colon or large intestine of a person. The most common symptoms that accompany this syndrome are diarrhea or constipation, abdominal pain, gas, and cramping.

Despite causing great discomfort, IBS doesn’t lead to more serious conditions, such as colon cancer or ulcerative colitis. So far the exact cause of this disease it still unknown, but many cases show a suspected link between IBS and psychiatric illnesses or disorders, such as depression, anxiety, bipolar disorder and schizophrenia. Interestingly, both IBS and various psychiatric ailments are now becoming the targets of human microbiome research. Microbiome is the name of the complex ecosystem of microorganisms widespread all over the body and also inside the digestive tract, and existing evidence suggests that disruptions in the microbiome can lead to both severe gastrointestinal illness as well as psychiatric distress[1].

Many studies also show the connection between the microbiome and the endocannabinoid system, a neurotransmission network found in different zones and tissues of every mammal, that helps in the regulation of various metabolic processes[2]. Scientific studies on the use of cannabinoids for gastrointestinal disorders treatments are still very limited, but some of them have identified lots of cannabinoid receptors in both the large and small intestines.

Interaction between the Endocannabinoid System and gut microbiome

A microbiota is an ecological community of microorganisms found in all multicellular organisms, from plants to animals. This community includes bacteria, archaea, protists, fungi and viruses. A study conducted by Collins SM in 2009 clarified the ability of the central nervous system to influence the microbiota or of the microbiota’s influence on the brain and behavior. Within the Gastro Intestinal tract (GI), the microbiota acts on the host that maintains normal mucosal immune function, epithelial barrier integrity, motility, and nutrient absorption. Dysfunction of this action may alter GI function and cause disease propensity. Animal studies showed that perturbations of behavior, due to stress or anxiety, can change the composition of the microbiota, causing an increased vulnerability to inflammatory stimuli in the GI tract[3]. Unfortunately, the most recent discoveries in microbiome have still not covered the connection between gut bugs, the endocannabinoid system and IBS.

Even if there is clear evidence that IBS is a microbial issue, and that microbes can influence the endocannabinoid system, the univocal link between these has not been well identified. In the meantime, cannabis represents one of the most promising options for IBS symptom managements.

In one pre-clinical study[4] published in 2007 it was identified that an oral administration of specific Lactobacillus strains induced the expression of opioid and cannabinoid receptors in intestinal epithelial cells, and mediated analgesic functions in the gut, similar to the effects of morphine in decreasing pain.

Though solid research on cannabis and IBS is still lacking, there are ways that cannabis be used as or in addition to IBS treatments, such as it can improve the quality of life in those with this condition. Here’s how this plant can ease three primary symptoms of IBS:

“Visceral perception” is a way of saying internal pain sensitivity. A 2004 study[6] suggests that there is strong evidence for cannabinoid treatments in managing bowel diseases like IBS, partly thanks to cannabis’ ability to overcome nerve pain, perhaps due to its anti-inflammatory properties. Another 2008 review[7] showed the discovery that cannabinoid treatment can calm sensitivity and inflammation in the intestinal lining of those with GI disorders. All good signs for IBS patients in need of relief.

These symptoms may be caused by infection, but dietary indiscretions may also be a cause of discrete attacks. Treatments used so far to face this symptom include atropinic agents, antidepressants and other drugs, affecting a myriad of neurotransmitter systems, often without proper benefits.

The importance of the Endocannabinoid System in Gastro Intestinal functions

The fact that endocannabinoids are important in GI function was strongly underlined by the fact that 2-arachidonylglycerol (2-AG) was isolated, for the first time in 1995, in the canine gut[9]. The role of vanilloid mechanisms in IBS were also explored, and it’s worth emphasizing that anandamide is an endogenous agonist at VR1 receptors, as is the phytocannabinoid cannabidiol (CBD)[10].

At the same time, Pertwee has thoroughly studied the relationship of cannabinoids and gastrointestinal function. In his study it was found that the enteric nervous system of mammals express CB1 and stimulation depresses gastrointestinal motility, especially through inhibition of contractile neurotransmitter release. The resulting observed effects, such as of delaying gastric emptying and slowing enteric motility, have shown that they are mediated both at the brain level and within the GI tract. These effects are opposed by CB1 antagonists, supporting that GI motility is under control of the ES. Has been also shown that chronic intestinal inflammation results in an up-regulation or sensitization of cannabinoid receptors. CBD has little revealed effect on intestinal motility on its own, but synergically with THC, enhances the regulatory effect. According to this thesis, Di Carlo and Izzo[11] suggested treatments using cannabinoid drugs in order to face IBS issues in humans.

Although these studies have not eventuated so far, there is evidence proving that cannabis has a long history in treating cholera, intestinal colic and related disorders, as well as in testimonials on the Internet from patients that try to treat IBS with medical cannabis. All of these affirmations suggest that endocannabinoids may represent the more promising therapeutic neuromodulatory target, and that phytocannabinoid treatments might represent a more efficacious and safer therapeutic approach so far.

[2] P. D. Cani (2012). Crosstalk between the gut microbiota and the endocannabinoid system: impact on the gut barrier function and the adipose tissue. Volume 18, Issue s4.