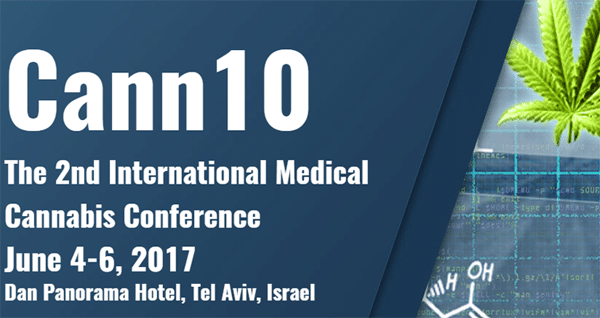 It was in Israel where Raphael Machoulam isolated THC for the first time. Since then research on medical cannabis has led the country to becoming a pioneer for the use of cannabis, particularly through their extensive scientific research and clinical trials dedicated to the plant.

After several decades of research, the country’s main objective is to now gain legislative flexibility over medical cannabis and its accessibility to patients and physicians in Israel. The government is trying to facilitate the prescriptions of cannabis for therapeutic purposes and its supply in pharmacies.

The second session shows the interest in Israel and other parts of the world for cannabis and its therapeutic potential. Currently, about 23,000 patients have had access to medical cannabis in Israel. Just a few years ago, in 2012, only 10,000 patients had access to cannabis for therapeutic purposes. However the number of people undergoing cannabinoid treatments has increased as research, clinical trials and diseases are all added to the official list of conditions that can be treated with medial cannabis.

After first identifying THC in 1964, Israeli professor Raphael Mechoulam continues to participate in research especially on studies focusing of cannabidiol (CBD). In this regard, it should be noted that in the field of medical cannabis in Israel, physicians are reluctant to use therapeutic cannabis.

The government and medical cannabis

This governmental decision marks the beginning of a legal medical cannabis industry that has started to cultivate cannabis to supply services. It is also an opportunity for companies focused on cannabinoids to make their voices heard. In fact, Israeli patents are being created attracting numerous companies and investments from all over the world. Among the different cannabinoids contained in the Cannabis Sativa L plant, CBD stands out for its beneficial therapeutic properties. This discovery, although still slow, has resulted in the development of cannabinoid based products such as CBD oil, infusions or creams.