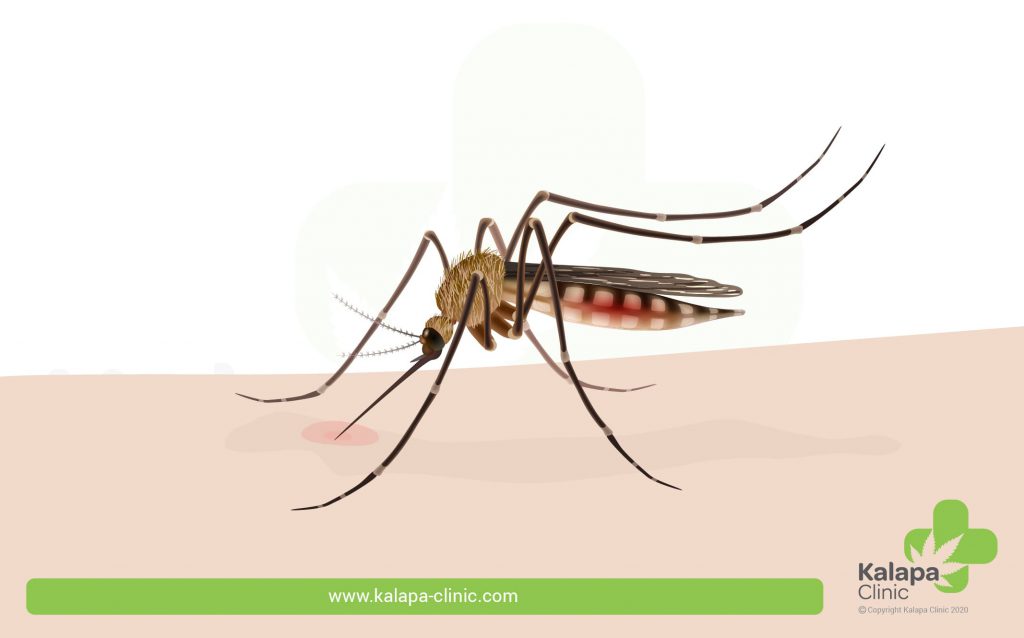 Malaria (swamp fever) is the world’s most common infectious disease caused by parasites, affecting over 200 million people worldwide. There are several malaria pathogens that are spread in different areas. The World Health Organisation (WHO) distinguishes the following areas:

So far, no vaccine against malaria exists. Because of this, it is very important to take preventive measures. This means above all using a mosquito-proof sleeping place. Special mosquito repellent and wearing long sleeves and trousers can also protect against mosquito bites.

In some cases, malaria can also be prevented with medication (chemoprophylaxis or chemo suppression). In any case, you should talk to your family doctor about the right malaria prophylaxis before you start your journey.

Further information on the individual countries and the malaria risk as well as on malaria prophylaxis can be found on the World Health Organisation website.

What malaria pathogens are out there?

The pathogen is most often transmitted via the bite of a mosquito. The mosquito itself is not the pathogen, but a tiny unicellular parasite transferred through the bite called a Plasmodium, of which there are about 200 different species and which can cause disease in humans, is. These above all include:

The disease is accompanied by a general feeling of illness, fever, headache and aching limbs. Nausea, vomiting, diarrhoea and dizziness can also occur. However, the symptoms differ depending on the form of malaria.

The most dangerous form is malaria tropica, which weakens the organism considerably. Accordingly, the symptoms are also more pronounced. In addition to headaches and aching limbs, diarrhoea and vomiting, fever attacks or continuous fever, some sufferers develop a dry cough and suffer from respiratory problems. As the pathogen attacks red blood cells, anaemia develops.

In addition, complications can arise as the disease progresses:

In the case of malaria tertiana and malaria quartana, the symptoms are usually much less severe. People affected by these diseases mainly suffer from attacks of fever, chills, headaches and a general feeling of illness.

Incubation period: How long does it take for symptoms to appear?

Some time passes between infection and the appearance of the first symptoms. The length of the incubation period depends on the type of pathogen:

The treatment of the disease depends mainly on the type of malaria, its severity and any accompanying diseases. Different antiparasitic agents are used depending on the pathogen. However, as many pathogens have become resistant to certain agents, such as chloroquine, over time, patients are sometimes given different agents (combination preparations).

Interesting studies on cannabinoids and malaria

Cerebral malaria (neuromalaria), which is caused by the pathogen Plasmodium falciparum and can be a serious complication of Malaria Tropica, often leads to irreversible neurological and behavioural deficits. It is known from various studies that cannabidiol (CBD) may have neuroprotective (cell protecting) properties.

In 2015, researchers from the Federal University of Minas Gerais in Brazil studied the effects of CBD in a mouse model of cerebral malaria (1). After the infected mice were treated with CBD (30 milligrams/kilogram/day) for three or seven days, they received the malaria drug artesunate on day five, the peak of the disease. The animals were repeatedly tested for memory disorders and anxious behaviour throughout the period.

The results indicated that CBD had a neuroprotective (cell-protecting) effect in the infected mice, or that there were fewer memory disorders and anxious behaviour patterns when CBD alone was administered. The researchers concluded that CBD may be useful in preventing neurological symptoms in malaria. Further research, in particular clinical trials, are needed.

Another interesting study is one from 2018, which was conducted at the University of Ilorin in Nigeria. (2) In it, the researchers state that the emergence of a multi-resistant strain of Plasmodium falciparum is a cause for concern.

After 30 mice were infected with chloroquine-resistant Plasmodium berghei, they were divided into six treatment groups. (Plasmodium berghei is a protozoan parasite that causes malaria in some rodents).

The animals were fed a special diet of dried cannabis for two weeks and the chemo suppression of parasitaemia was measured.

Cannabis showed mild antimalarial activity in vivo. Thus, the researchers found a clear decrease in the symptomatic manifestation of malaria disease, but this was not related to the degree of parasitaemia. Again, further research into the effects of cannabis and its cannabinoids is needed to derive possible therapeutic approaches.