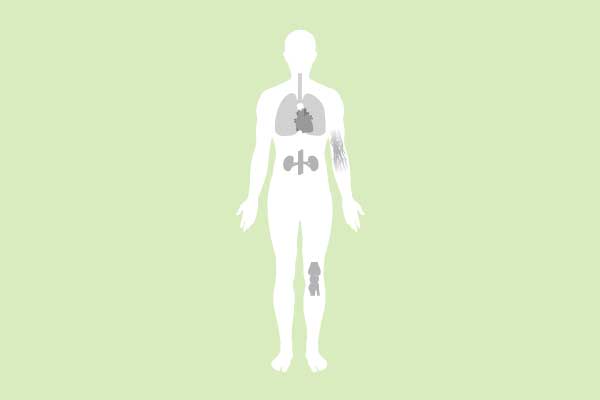 Lupus is a chronic autoimmune disease that is estimated to affect 5 million people around the world. It is more prevalent in females (90%) than males. It is characterized by the inflammation (both acute and chronic) of different body tissues, include joints, kidneys, lungs, skin, blood and heart. The etiology is unknown but genetic predisposition and environmental risk factors have been implicated.

The mechanism involves an immune respond by autoantibodies against healthy and unhealthy cells. Patients normally suffer severe pain, fatigue, hair loss, seizures and more. It is not contagious but there is no cure, and the medication prescribed often comes with negative side effects (sometimes worse than the original ones). Although the research on using medical cannabis to treat these symptoms is lacking, the anti-inflammatory and analgesic properties of certain cannabinoids makes them seem to be the perfect alternative to conventional medications.

Different types of Lupus along with their symptoms

Current treatments for Lupus include antimalarial, immunosuppressants, non-steroidal anti-inflammatory, corticosteroids and biologic medications. Although these narcotics can be incredibly useful for many patients, they can also come with many negative side effects in kidney, liver, stomach and heart or even cause damage to the eyes, infertility, nausea, depression and diabetes. Plus people often spend months trying to find the right concoction of drugs for their symptoms, causing the development of an intolerance to them as a result and sometimes all of these options fail, so it is necessary to find new pharmaceutical products.

Many studies have proven the anti-inflammatory effects of cannabinoids through different pathways, such as cannabidiol (CBD), both in in-vivo and in in-vitro tests. Furthermore, cannabinoids have been seen to protect against autoimmune diseases deterioration, such as arthritis. Although the reactions on Lupus has been severely understudied, it could be assumed that CBD may have the same anti-inflammatory benefits. Interestingly, it has been seen that CBD can sooth the inflammation of rashes on the skin and reduce redness. Another recently discovery, focus on flavonoids found in cannabis. One in particular, Cannaflavin A, has shown to be an incredibly powerful anti-inflammatory molecule (up to 30 times more powerful than Aspirin).

A further important property of CBD is its analgesic potential. When CBD is administered at the right dose it can help with pain relief. This has been confirmed in many studies on neuropathic and cancer pain. Again, it could be inferred a painkiller action on Lupus sufferers. Therefore, instead of taking pain killers based on opioid, CBD could become a better, safer, natural and non-addictive resource. Medicine derived from opium can result in addiction, dependence, depression, anxiety and more.

In conclusion, additional studies needs to be done about cannabinoids and this autoimmune disorder, but its anti-inflammatory, analgesic and non-toxic properties could make it very attractive, rather than those classical recommended and cannabidiol for what is known, seems to be the best to improve the symptoms in lupus.