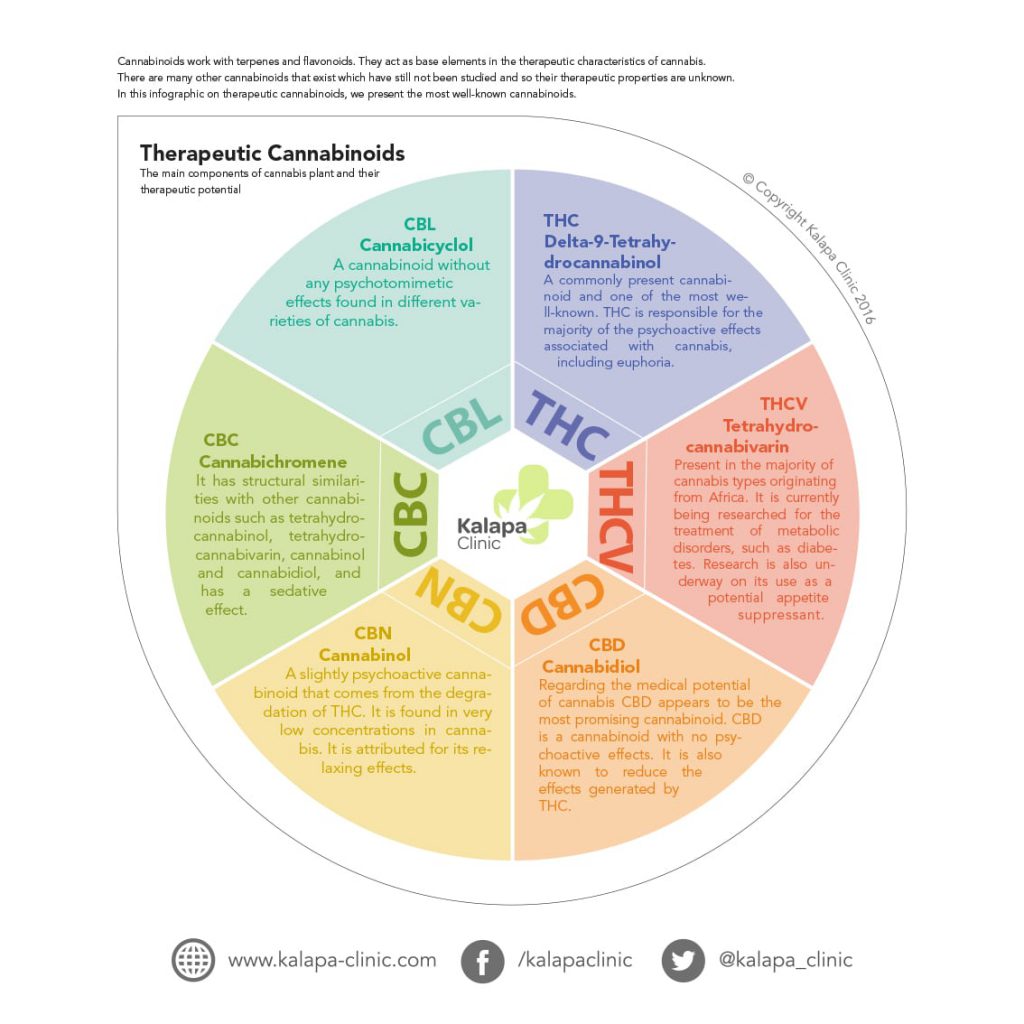 The main components of the cannabis plant and their therapeutic potential. 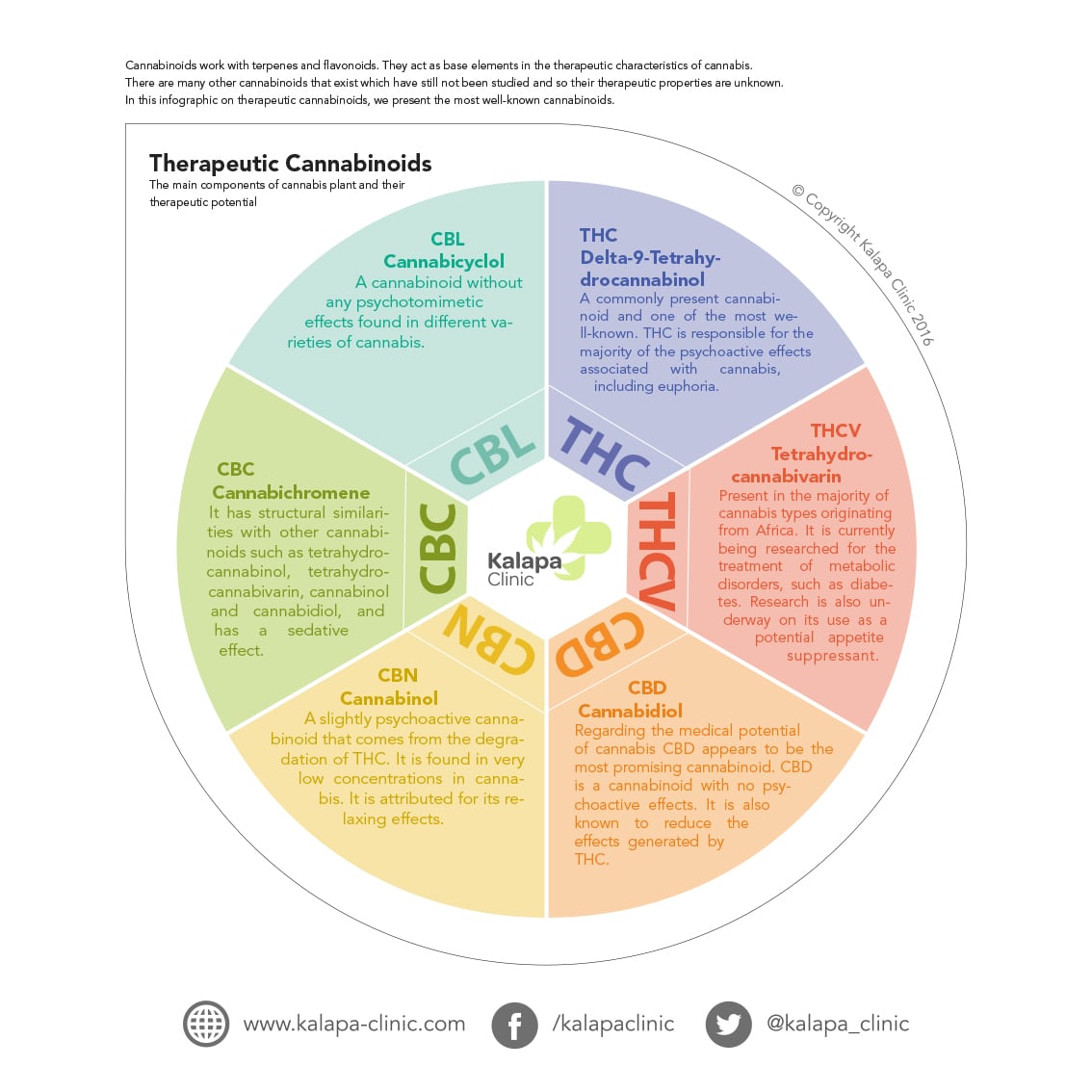 Cannabinoids work with terpenes and flavonoids. They act as base elements in the therapeutic characteristics of cannabis.

There are many other cannabinoids that exist which have still not been studied and so their therapeutic properties are unknown. In this infographic on therapeutic cannabinoids, we present the most well-known cannabinoids.

A cannabinoid without any psychotomimetic effects found in different varieties of cannabis.

A commonly present cannabinoid and one of the most well-known. THC is responsible for the majority of the psychoactive effects associated with cannabis, including euphoria.

Present in the majority of cannabis types originating from Africa. It is currently being researched for the treatment of metabolic disorders, such as diabetes. Research is also underway on its use as a potential appetite suppressant.

Regarding the medical potential of cannabis CBD appears to be the most promising cannabinoid. CBD is a cannabinoid with no psychoactive effects. It is also known to reduce the effects generated by THC.

A slightly psychoactive cannabinoid that comes from the degradation of THC. It is found in very low concentrations in cannabis. It is attributed for its relaxing effects.