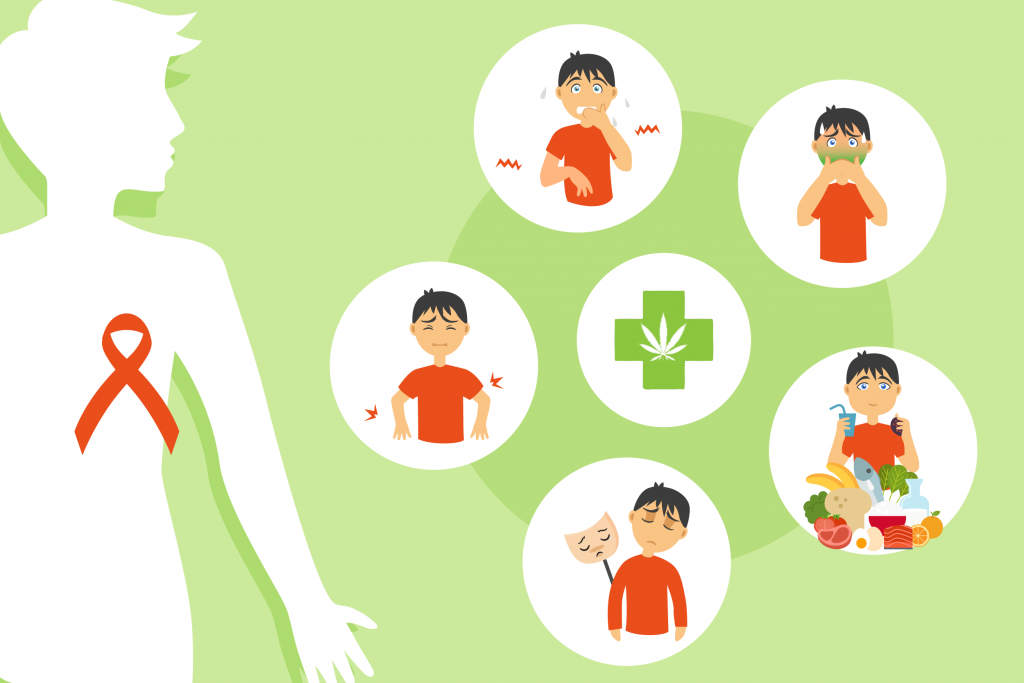 The human immunodeficiency virus (HIV) is a retrovirus responsible for the acquired immunodeficiency syndrome (AIDS)[1], which is a weakened and vulnerable state of the immune system[2]. Without any treatment, the life expectancy of a person suffering from HIV is from 9 to 11 years[3].  AIDS is the most advanced form of HIV infection. At this stage, the immune system is very weak or destroyed and patients suffer from opportunistic illnesses that put their lives at risk[4].

In 2017, more than 36.9 million of people worldwide were reported to be infected, of which 1.8 million people were recently infected[5].  The initial conditions that signal the presence of AIDS are: pneumonia and pneumocystis, cachexia, Oesophageal candidiasis and recurrent respiratory tract infections[6].

Opportunistic infections can be caused by viruses, bacteria, parasites and fungi, which are normally controlled by the immune system[7].  The most common systemic symptoms are sweating, fever, swollen lymph nodes, weakness, shivering, involuntary weight loss[8], [9], [10] and diarrhoea[11]. They may also be affected by various neurologic and psychological manifestations[12].

A team of researchers studied the use of cannabis to relieve the variety of side-effects provoked by the antiretroviral treatment in HIV patients. This research reported that cannabis improved appetite (97%), muscle pain (94%), nauseas (93%), nerve pain (90%), anxiety (93%), paraesthesia (85%) and depression (86%)[13]. In addition, there already exist many articles that explain the role that cannabinoids play in fighting depression, relieving chronic pain and reduction of nauseas[14] and vomiting (provoked by the antiretroviral treatment).

Another study compared patients with two types of treatment: cannabis treatment and another kind of synthetic THC, dronabinol. In conclusion, both groups saw a similar increasement in the appetite and the number of meals taken, but only medical cannabis restored sleep[15].

Medical cannabis to reduce the progression of HIV and AIDS

The lymphoid tissue associated with the intestine is an important site for the propagation of HIV. A new study demonstrated that chronic administration of Δ9-tetrahydrocannabinol (THC) resulted in a generalised attenuation of viral load and tissue inflammation in animals (monkeys) infected with the immunodeficiency virus. The mechanism in question was caused by a genetic change in the immune cells of the intestine, especially in the genes that control the morphogenesis, metabolic processes, survival, proliferation and programmed cell death[16].

HIV needs white blood cells to be active in order to spread, but at an advanced stage of infection, the virus can even insert itself in those white blood cells that are at rest and activate them. This causes an even greater propagation of the virus. Recently, researchers have made a very promising discovery: CB2 receptor agonist reduces the mechanism of HIV infection[17]. However, several studies are needed in order to understand better the potential of medical cannabis.

[5] Fact sheet- Latest statistics on the status in the AIDS epidemic. UNAIDS