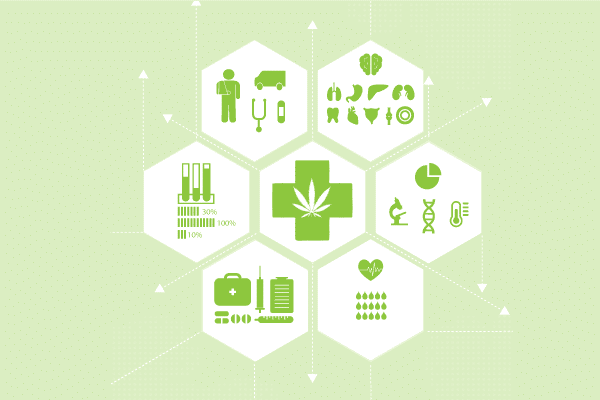 The use of medical cannabis is gaining more and more support from different countries across the world. As the number of states approving the use of therapeutic cannabis increases it is becoming easier for scientists to carry out research into the health effects of marijuana.

On the other hand, the situation is more complicated in the states/countries where cannabis is still considered a drug, despite the proof of its medicinal properties. In the Unites States, for example, scientists in Texas or Alabama are running into difficulties when attempting to analyse the health benefits of medical cannabis, because without access to the plant, it is impossible to carry out research.

Research has shown that there is sufficient evidence supporting the claim that cannabis can help to relieve symptoms associated with various diseases and conditions such as:

Although certain people claim that cannabis should remain an illegal substance, others claim that alcohol and tobacco are much more addictive and cause more negative effects to our health than medical cannabis.

Among the effects of medical cannabis, it can also help to increase well-being due its therapeutic properties such as, increased appetite in patients with eating disorders, or in those who struggle to eat due to specific medications, as well as helping to reduce nausea and vomiting in patients undergoing chemotherapy.

There is still so much to be discovered and investigated about the health effects of medicinal cannabis. Scientists claim that there are an immense lack of clinical studies, from which definitive conclusions can be made. Without access to the necessary cannabis products and without the money to fund these much needed clinical trials, the evidence that supports these claims cannot be defined as conclusive.